Mark Leckey: As If. The great exhibition at Haus der Kunst in Munich 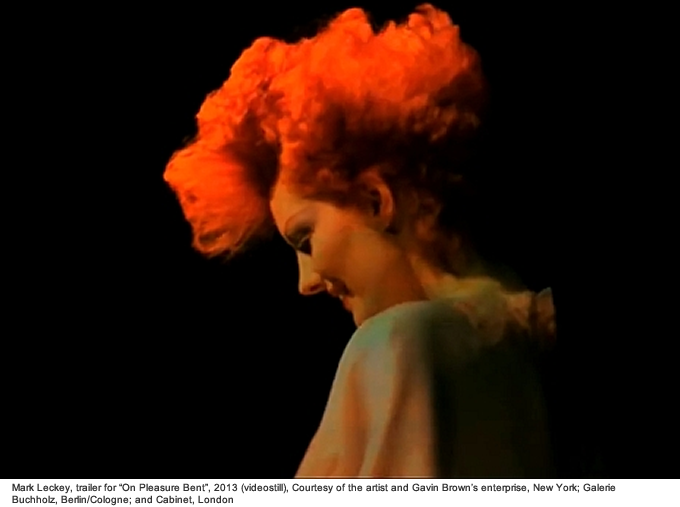 Mark Leckey’s early works could be described with words like “flamboyant” and “dandyish.” With the video Fiorucci Made Me Hardcore (1999), an ode to the British dancehall and club culture of the 1970s to the late 1990s, Mark Leckey achieved his artistic breakthrough. After that, his career quickly picked up pace: five years following his first solo exhibition at the Migros Museum in Zurich (2003), Leckey won the Turner Prize in 2008 for exhibitions in Cologne and Dijon.

Mark Leckey often found the artistic production of the 1980s too distant and ironic; disinclined to create works of “critical disinterestedness,” which were common at the time, Leckey decided to use his own autobiographical background as material. In telling his own story, Leckey also tells one about youth culture; Alex Kitnick speaks of “everybody’s autobiography.” 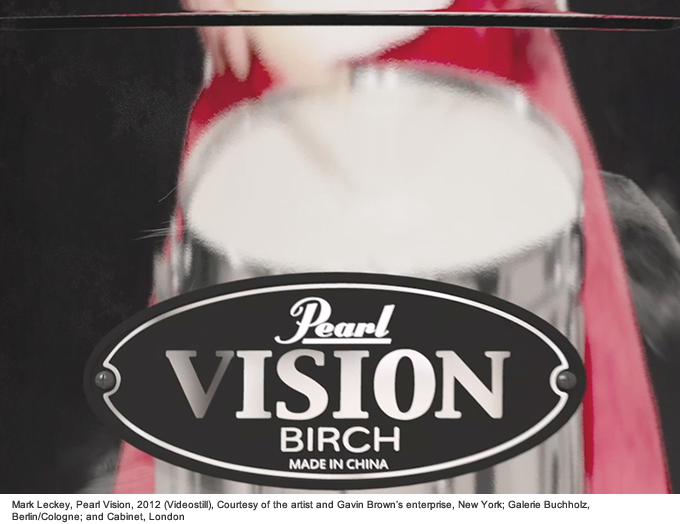 The five loudspeaker systems at the center of the exhibition constitute a kind of control center. They are ensembles of speakers that resemble sculptures while retaining their original function—transporting sound and tones. Their inspiration lies in street parties and mobile discos. As an alternative form of contact between people, technology and the cosmos, Leckey uses these sound systems to break down the distance that often exists between art and viewer.

One part of the exhibition, which Mark Leckey calls ZooVidTek, evoking a collection of ancient sculptures (“Glyptothek”), unites films and videos from the last decade. They all present objects that Leckey brings to life, including “Felix the Cat,” the eponymous comic-book character, who acted as a test subject for the first television broadcasts in the late 1920s.

Fast-forwarding through the history of media, in Green Screen Refrigerator Action Mark Leckey presents a refrigerator in front of a green screen. The fridge is staged as a fetish object and acts like a “smart” device that understands and anticipates the needs of its owner. In the accompanying video, the appliance reveals its innermost thoughts and compares itself to similar objects of a ubiquitous product and brand world. For this purpose, in an inner monologue, it speaks of its cosmic connectedness with things and with the sun, moon and universe. Leckey does not assume the role of a critic; rather, he surrenders himself to the fascination and maelstrom that such products and developments exercise on him. Green Screen Refrigerator Action becomes a depiction of a society in which our relationships become connections to things rather than people. We speak to our machines—and they speak to us. 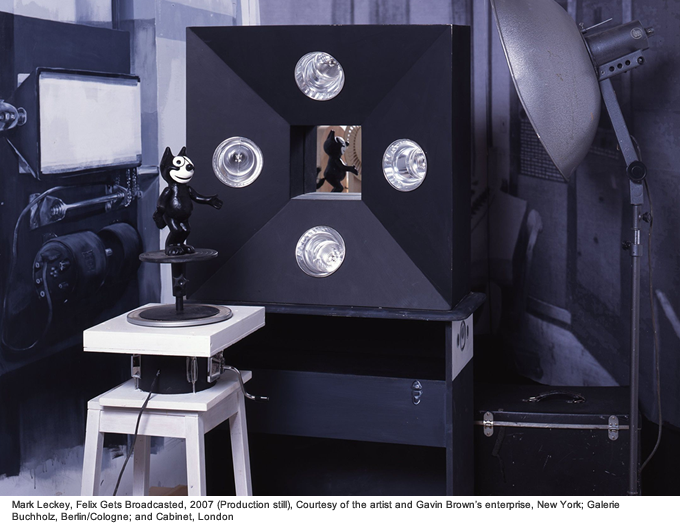 Talks & tours
A walk through the exhibition with Kerstin Brätsch and Patrizia Dander
Wednesday, April 22, 6:30pm

An evening with Mark Leckey
Planned for May 2015