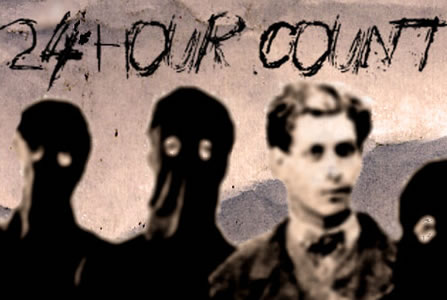 Mark Amerika, who has been named a “Time Magazine 100 Innovator,” has had four retrospectives of his digital art work. He is a Professor of Art and Art History at the University of Colorado at Boulder. His net art, DVD surround sound installations, and VJ performances have been exhibited and featured all over the world including the Whitney Biennial, the ICA in London, and the Walker Arts Center.

He is the author of two novels, has edited three published anthologies, and is the Founder and Publisher of the Alt-X Online Network, a net art and new media writing site started on the Internet in 1993 ( www.altx.com ).

His forthcoming book of artist writings, entitled META/DATA: A Digital Poetics, will be published by MIT Press later this year. Mark Amerika is currently directing his first feature-length film, entitled MY AUTOEROTIC MUSE.