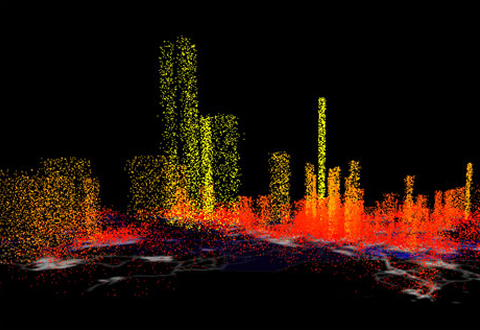 The Adobe Museum of Digital Media (AMDM) has announced its 2011 fall exhibition schedule. On Nov. 9, 2011, AMDM will launch “Journey to Seven Light Bay“, a new exhibition by Mariko Mori, curated by Tom Eccles, executive director of the Bard College Center for Curatorial Studies, Annandale in Hudson, NY. This marks AMDM’s fourth major exhibition since opening in October 2010. A trailer for “Journey to Seven Light Bay” is on view now at www.adobemuseum.com/TidaDome.

On Sept. 13, 2011, AMDM launched “InForm: Turning Data into Meaning”, curated by Thomas Goetz, executive editor of Wired Magazine. This is the inaugural exhibition of AMDM’s Curator-in-Residence (CIR) Program, a new initiative that invites guest curators from the arts, culture, media and technology fields to use the museum’s online exhibition space to explore groundbreaking digital work and illustrate how digital media shapes and impacts today’s society. 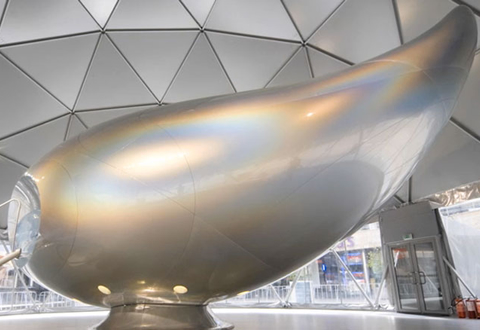 “Journey to Seven Light Bay” explores Mariko Mori’s longtime interest in harmonizing nature, spiritualism and technology in the digital age. The exhibition illuminates Mori’s artistic process and provides a digital recreation of her upcoming physical project, Primal Rhythm, being built on Miyako Island off the coast of Okinawa in Japan. Throughout “Journey to Seven Light Bay”, visitors will hear Mori’s commentary on Primal Rhythm as well as past art works. Mori’s work as the artist has long drawn inspiration from the intersection of nature and technology. Mori says, “I would like to reintroduce ancient culture to contemporary life in order to reconnect with nature.”

Mariko Mori (born 1967, Japan) is an acclaimed artist whose work has been acquired by museums and private collectors worldwide. Educated in Tokyo, London and New York, Mori gained recognition for her interactive installation, WAVE UFO, which debuted at Kunsthaus Bregenz in Austria in 2003. The installation was subsequently shown in New York and Genoa, and included in the 2005 Venice Biennale. The artist is currently based in New York. A full biography is available upon request.

Tom Eccles is executive director of the Center for Curatorial Studies at Bard College, and former director of the Public Art Fund in New York City from 1996–2005 where he curated more than 100 exhibitions and projects. In addition, Eccles has curated exhibitions at the Park Avenue Armory, Marian Goodman Gallery, and was a “correspondent” for the 2009 Venice Biennale (curated by Daniel Birnbaum).

Through “InForm: Turning Data into Meaning”, Thomas Goetz presents an analysis of digital data from our online lives, and gives new meaning to this information through a series of newly commissioned and found images. The commissioned images are based on data sets gathered from across the internet centering on three themes: Wikipedia as a crowd-sourced network with constantly evolving data; how the Twitter platform of followers, interactions and re-tweeting ranks its various users; and the impact and fluidity of an online financial social network. A series of digital artists has been invited to use these data sets to create unique visualizations of the information. Goetz’s program intends to make visible the way our social lives are digitally quantified. The exhibition celebrates a new generation of visual pioneers—part graphic designer, part statistician, part artist—who have a facility for turning data into meaning.

Thomas Goetz is executive editor at Wired Magazine. In his 10 years at Wired, he has pioneered the magazine’s innovative use of unconventional storytelling and information presentation, working with visionaries from Rem Koolhaas to Will Wright to James Cameron on award-winning special issues. Goetz is also the author of the The Decision Tree: Taking Control of Your Health in the New Era of Personalized Medicine, and he writes frequently for Wired on the confluence of medicine, health and technology. Goetz lives in San Francisco with his wife and two sons. A full biography is available upon request. 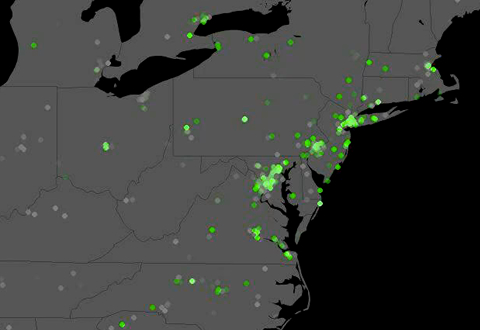 The Adobe Museum of Digital Media (www.adobemuseum.com) is a one-of-a-kind online museum and interactive venue designed to showcase and preserve groundbreaking digital media works and provide a forum for expert commentary on how digital media influences culture and society. The AMDM is open 24/7, 365 days a year, and is free of charge. Visitors are invited to sign up for free membership. The AMDM launched in October 2010 with inaugural exhibition, The Valley, a specially commissioned work from renowned American artist Tony Oursler. The second program, an interactive lecture by John Maeda entitled Atoms + Bits = the neue Craft, launched in March 2011. Following the fall exhibitions, upcoming programming includes a CIR program by Shari Frilot, curator of the Sundance Film Festival New Frontier program, launching in early 2012. Exhibitions are curated by leaders in art, technology and media, changing regularly throughout the year. A permanent exhibition archive remains indefinitely accessible at the website