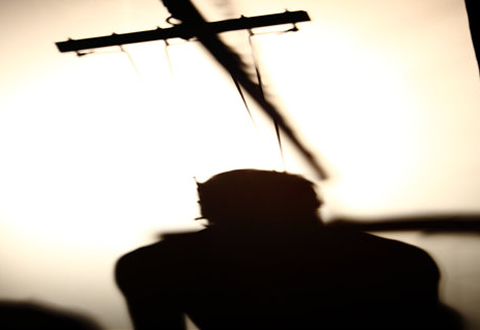 At the height of the 2009 economic crisis, the first edition of MADATAC (Muestra Abierta de Arte Audiovisual Contemporáneo) came as a salutary shock. Based on the interchange of experience and know how, MADATAC is a unique and inclusive springboard for cutting edge audio-visual art; this year it’s back…and stronger.

MADATAC will bring together an army of video creators within Madrid’s “Mile of Art”. They come armed with a lethal selection of pieces which shun classification, pre-selected from works submitted to competition via the audio-visual arts TV programme, Transfera (http://www.transfera.es), comprising videoart, digital animation, reinvented landscape or iconoclastic experimentation. They threaten to unleash on the city an epidemic of viral art which neither cinema nor television will be able to appease.

Among the host of activities on offer are:

– An exhibition of 3D audio-visual installations, including Ouka Lele’s stereoscopic images and Kye Wilson’s video installation ‘Unsettled-Beautiful’,  at the Circulo de Bellas Artes, from 01.12.10 to 5.12.10.

– A lecture at the Instituto Cervantes delivered by Bernd Lintermann, a distinguished representative of new media art and head of the Institute for Visual Media at the ZKM (Karlsruhe Centre for Art and Media).

– Invitations to guest countries with little-known audio-visual production. This year it’s Cyprus, with a special programme entitled ‘Dialogues with Machines’ presented by Yiannis Colakides and Helene Black, co-founders and co-directors of the multi-disciplinary organisation NeMe.

– The participation of Casa Arabe, one of the city’s emblematic cultural organisations, which will host the programme entitled ‘Resistance[s]’- a selection of videoart from the Middle East and North Africa. The co-curator, Silke Schmickl and the Algerian video artist Zoulikha Bouabdellah,  will attend, together with a video artist from the region.

– The Large Format Section, with screenings of two Spanish experimental features; ‘Nunc et in hora’ by Francisco Brives and ‘La Ciudad de los Signos’ by Samuel Alarcón. Round table discussions with the directors will be held after the screenings.

– Performances by multi-media artists who incorporate new technologies into their work. Suguru Goto will present his interactive and robotic audio-visual performance, ‘L’homme transcendé’ at the Sala Berlanga. 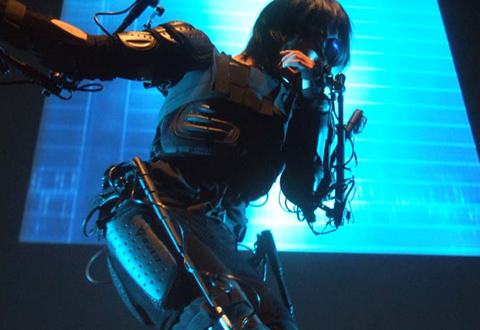 Five awards of a cutting-edge work of art by Silvia, together with the professional recognition implicit in receiving this award.

The well-known TV programme, Metrópolis (shown on Channel 2 of Spanish public television) will select and award works from the Official Section, totalling 27 minutes. Winning artists will be paid €100 per minute for broadcasting rights and the winning videos will be shown in a special programme dedicated to MADATAC to be broadcast in December.

MADATAC and the auction house, Subastas Segre will select from three to five of the winning pieces to be sold at public auction in mid-December at 18, Calle Segre, Madrid. The works will be exhibited from the first week in December and starting prices from 900€ for editions of 3 copies on DVD. Artists will receive the final sale price less a percentage commission for administration and sale fees.

A single award for technological-artistic creative excellence to the artist who best fuses the worlds of technology and imagination in a single work of art. The prize is a state of the art product granted by Samsung.