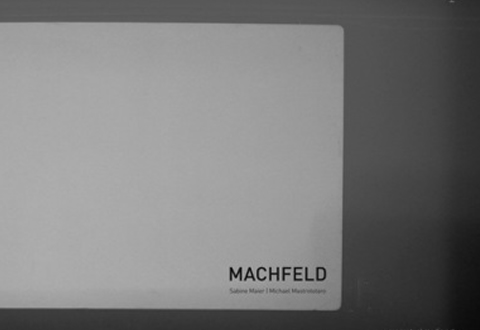 MACHFELD is an entity that practices media art and is defined conceptually. As such, it introduces autonomy into the art space and acts independently from its creators. Condition for the MACHFELD is the conceptual work of its operators (Sabine Maier and Michael Mastrototaro) which is obliged to the process-oriented interacitve systems in traditional art from which it has grown.

MACHFELD´s method as a synthetic being serves the development of a liberated concept of art and its representation in the media and in personal life. The advantages of media-related art concepts are their aptitude for easier perception and their facility for better general comprehension. MACHFELD is subject to the dependencies of the artists who work on it and therefore to permanent change.

MACHFELD´s work of art situate themselves within the artists themselves and thus do not automatically lead to physical objects. Numerous works therefore exist solely in the subjective reality of those who are able to perceive them. Not always do they materialize as constructs in art space. Since art is a subjective statement and as a center holds the truth, astistic existence in communication space may oscillate.

From the preface by Roland Schőny:

„… While extensive field research, combined with explorations of countries in southern Africa, Central America, the USA, southern China or areas in there immediate Central European living environment play a crucial role in MACHFELD´s work, their concepts remain mostly media oriented and reflect established conventions of perception. Experimental film, advanced photography and interactive installations are among MACHFELD´s forms of expression as well as net art, sound and radio projects, performance and interventions in public space, based for example on graphic characters.’ […] 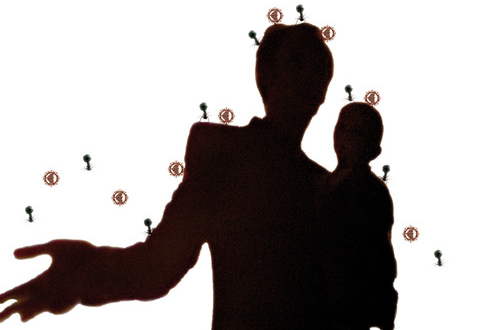 To traverse the history of MACHFELD´s artistic work means to trigger towards different patterns of spatial information. Approaches to the various projects not only involve leaps between diverse genres and forms of expression. Above all, they demand the willingness to conceive boundary crossings and location changes.

Several of their artistic positions make sense only against the backdrop of the local conditions and environments of their creation. To contemplate the art and the interventions of Sabine Maier and Michael Mastrototaro means to set out to attend a primarily nomadic and explorative mode of production.