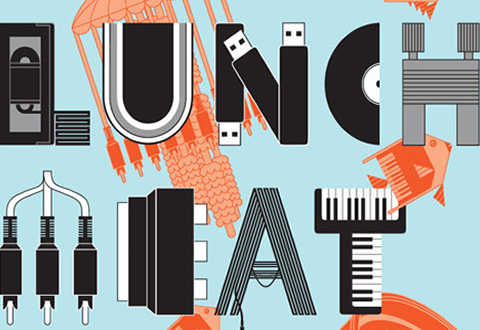 Lunchmeat festival: to turn Prague into one of the European centres of audio-visual art.

As last year, March in Prague will be about visual art and electronic music. The second year of the festival will be held during 18 – 20 March. The headline musicians are Luke Abbott (Border Community), Teebs (Brainfeeder) and King Cannibal (Ninja Tune). The headline visualizers are the Spanish group NiñoViejo or the inventor of the VJ software Modul8, Boris Edelstein.

Lunchmeat has been always trying to bring some fresh names which have recently appeared at the audio-visual scene and this year won´t be different. “It is not about famous stars, it is not our priority. It is the quality that matters. It is obvious that we focus on new hot talents; nevertheless, more experienced artists are welcome as well. The French visualizer Frances has been at the scene for over four decades “said the director of the festival Jakub Pešek.

The second year of the festival will take place at three specific venues. On Friday, 18 March, the first day of the festival, there will be lectures and three audio-visual performances in Bio Oko. The experience with residential stays of significant artists from last year was highly positive when Roman Tardy aka Aalto arrived in the Czech Republic.

That’s why there will be two stays this year. The first one will be at the cinema in Holešovice. Boris Edelstein and Steve Buchanan will prepare a special site-specific show during 14 days before the festival. Apart from being a visualizer Boris Edelstein is also known as the founder of the significant European Mapping festival and the inventor of the popular VJ software called Modul8. Steve Buchanan is famous for his non-orthodox attitude to experimental music. 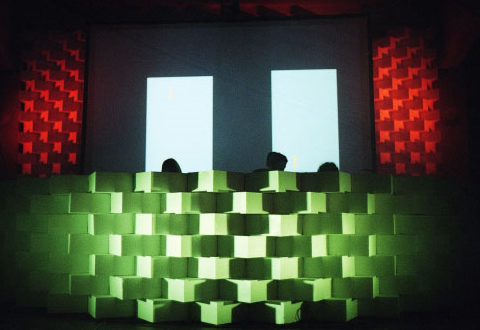 The second residential stay will take place in MeetFactory, a club in Smíchov. The Spanish art group NiñoViejo will give a new design to MeetFactory. They will give a special visual show that involves the new design of the venue, especially the stage.

It is the Meetfactory where the main part of festival will take place. Rising stars of electronic music and leading visualizers will give their sets together on Saturday 19. The aforementioned NiñoViejo will have a show together with Luke Abbott. The critics prize this young English producer´s original combination of krautrock, drone, techno and ambient.

The representative of the respected label Ninja Tune, producer King Cannibal will also participate at the festival. Akuzatif , the Turkish artist living in Prague will enrich King´s dark music visions with melancholic animation. Rudi Zygadlo and Turnsteak usually operate in the field of glitch-hop. The French performer called ODLM will join Turnsteak with his abstract projecting onto mapped space. Teebs will introduce his minimalistic instrumental hip-hop together with Frances Sanders and Dima Borzin who are experts at so-called livedrawing.

Lunchmeat wants organic fusion of music and visual elements to be as convincing as possible. The ambition is big: to turn Prague into one of the European centres of audio-visual art.