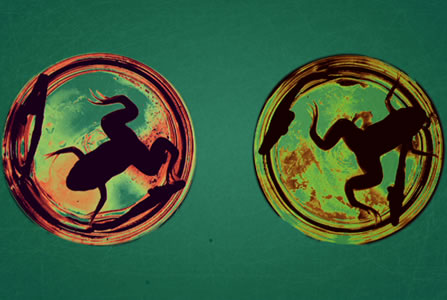 New media art in greater China, when present, tends toward the conservative: re-engineered video games, simplistically interactive video installations, and sound art are the norm. In a few corners, however, a new wave of artists is pushing this envelope and developing new strains of practice based particularly around the complementary poles of aesthetic coding and, most intriguingly, biological matter.

Like most artists working in biological media internationally, she is no stranger to controversy; but her particular interventions into the political order of bodies via electrical, visual, and aural apparatuses is courageous in a critical sense, denying a humanist aesthetics in favor of a rigorous exploration of the callousness towards life beyond the self within some systems of Chinese philosophy, and most strikingly, political theory.

Lu’s best works borrow equally from the sheen of science fiction and the history of anti-humanist image-making in the contemporary Hangzhou tradition, questioning the possibilities for future development set out in the collective imagination of both our literary fictions and our built realities. 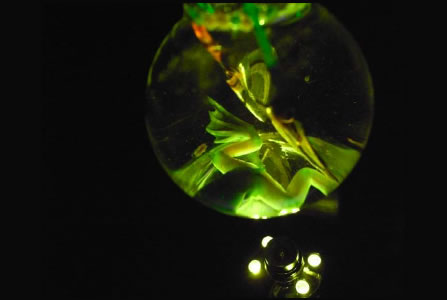 For I/O Lu presents three video works, the most dominating, Dictator, presented as a music video set to a composition by sound artist, Wang Changcun; and four large scale canvas’s depicting diagrams and theoretically-consistent calculations for “future” projects ; these works functioning as both a sardonic celebration of the increasingly hybridized relationships between biological and technological material, and as a halfhearted critique of the widespread careless attitude towards the value of life within mainland China, never allowing either side to overtake the other but continuously pushing for a resumption of the ossified discourse that silenced her initial explorations into this medium.

Her work has been widely shown at major alternative spaces throughout China and has earned the support of major figures like artists Zhang Peili, (mentor and director of her MA course) Yao Dajuin, and Wang Changcun and curator Zhang Ga.