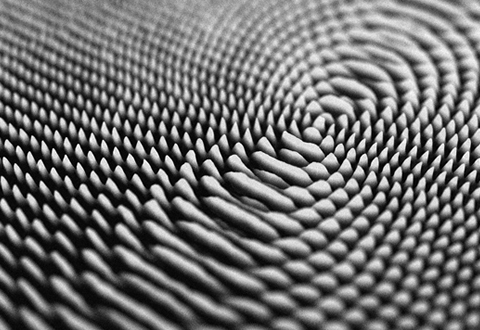 Invisible Fields is a major new international exhibition at Arts Santa Mònica in Barcelona Spain, co-produced by Lighthouse. It brings together over a dozen internationally known artists, designers and scientists to explore the radio spectrum – the invisible environment that underpins contemporary technology.

Invisible Fields explores how our understanding of our world and our cosmos has been transformed by the study of radio waves. With the invention of telecommunication technology at the end of the 19th century, the radio spectrum became a tool for rethinking the world we live in. Radio collapsed geographical distance, crossed borders and cultures, became a powerful catalyst for commerce and enabled scientists to study the cosmos in entirely new ways. Yet whilst the radio spectrum is the invisible infrastructure that enables the technologies of information and communication, most people are unaware of the way it works, how it is managed, and how it is has shaped our understanding of our lived environment.

Invisible Fields aims to shine a light on this enigmatic landscape. The exhibition differs from past explorations of these topics, in that it is conceived as an interdisciplinary blend of social-cultural analysis, science communication, and artistic practice. 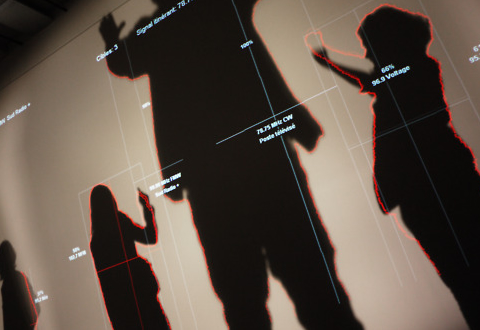 Artists in the show:

Works in the show:

Plus a community Wifi workshop and information space by Guifi.net; a satellite observation workshop and ground-station by Plataforma Cero LABoral; an antenna-building workshop and antenna collection by Luthiers Drapaires; and a micro-FM building workshop by Arts Santa Monica. The exhibition design, by Run Design, includes an operational Faraday Cage, a visual spatialisation of the electromagnetic chart and a visual timeline of spectrum utopias.

More about the show:

More than a linear, historical narration of the evolution of spectrum technologies, Invisible Fields can best be understood as an “observatory”, which enables visitors to perceive the radio spectrum. It sets out the spectrum as a physical space, invisible but present, a terrain that can be studied, mapped, surveyed and explored. It is an environment made of signals and waves from nature, and from us. Its topography is formed of waves of different scales, from tiny emissions given off by domestic objects to vast emissions made by distant astronomical phenomena. It’s made up of signals that are very familiar, such as television and radio, and signals which are esoteric and enigmatic. It is an ecology that has public spaces – wireless internet and amateur radio – and secret spaces – coded military transmissions and clandestine signals.

Following on from pioneers such as John Cage, Alvin Lucier and Pauline Oliveros, contemporary artists such as Thomas Ashcraft, Semiconductor and Joyce Hinterding create powerful works that allow us to understand the radio spectrum as an extension of the natural world. 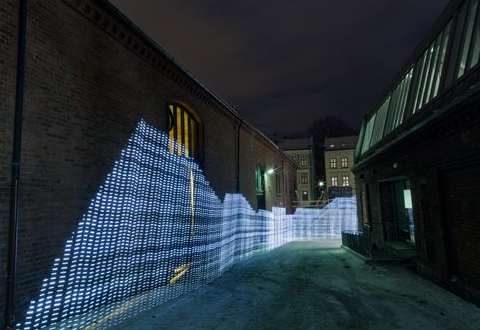 Sitting alongside their almost Emersonian understanding of radio as nature, is recent work in the field of architecture, design and urbanism, which expands the notion of urban space into the invisible realm of the spectrum. “Hertzian space”, a term coined by designers, Anthony Dunne & Fiona Raby, is defined by our transmissions of radio, television, wireless internet, GPS data and mobile phone signals. It is a space interrogated by artists and designers such as Timo Arnall from the BERG group in London, and Clara Boj and Diego Diaz who create clever visualisations of the presence of waves in our daily life.

Elsewhere in the show, artist Rafael Lozano-Hemmer‘s monumental tribute to the radio dial, enables us to physically move through radio transmissions, giving us a visceral encounter with our ethereal cultural surroundings. And experimental geographer and artist, Trevor Paglen and artist-activists, RIXC, shed light on the dark zones of the spectral landscape.

Invisible Fields is not only concerned with the topology of the radio landscape, but rather the socio-political activities that take place within it. Alongside the artworks in the show are operational workshops, which remind us that our position with the architecture of the spectrum is far from being that of a passive observer. As such, the exhibition space hosts intensive activity for a wide variety of audiences, with workshops on Sunday mornings, and a complete education programme offered to schools.

Taken together the works in Invisible Fields make the intangible materiality of the electromagnetic spectrum visible and audible. They open up the Hertzian space around us, and above us, to our senses. The visions of artists, the solutions of designers, and the experiments of scientists give us the tools we need to create our own mental maps of this profoundly influential terrain.