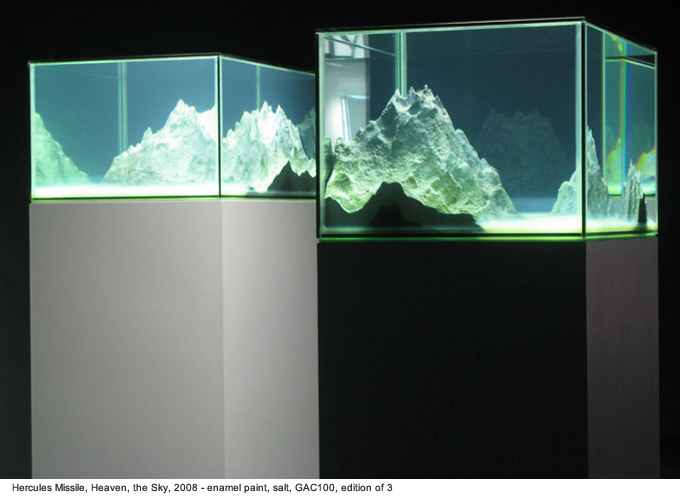 Renowned contemporary artist, Mariele Neudecker, reflects on the use of military technologies in contemporary warfare in this exhibition curated by Lighthouse for HOUSE and Brighton Festival 2013.

The Air Itself is One Vast Library by Mariele Neudecker is an exhibition of startling images that explore the disturbing, and often invisible, technologies of war. In dramatic contrast with her more familiar depictions of landscape and the sublimity of nature, this highly topical study brings us face to face with weapons of mass destruction.

Neudecker’s artistic strategy is rooted in ‘ground truth’, a term used in remote sensing to describe data collected on location. Works created whilst on site at the historic Nike missile facility in the US are emblematic of Neudecker’s determination to go beyond mere representation. Her extraordinary graphite rubbings of vast Hercules missiles physically capture the object, making what is otherwise abstract and monstrous, tactile and present. Other works investigate military imaging and tactical communication, which provide us with new ways of detecting what is intended to be camouflaged and out of view.

The title of the exhibition is drawn from a quotation from Charles Babbage, the 19th century mathematician and engineer, who originated the concept of a programmable computer. In 1837, he wrote: “The air itself is one vast library, on whose pages are for ever written all that man has ever said or woman whispered. There, in their mutable but unerring characters, mixed with the earliest, as well as with the latest sighs of mortality, stand for ever recorded, vows unredeemed, promises unfulfilled, perpetuating in the united movements of each particle, the testimony of man’s changeful will.” 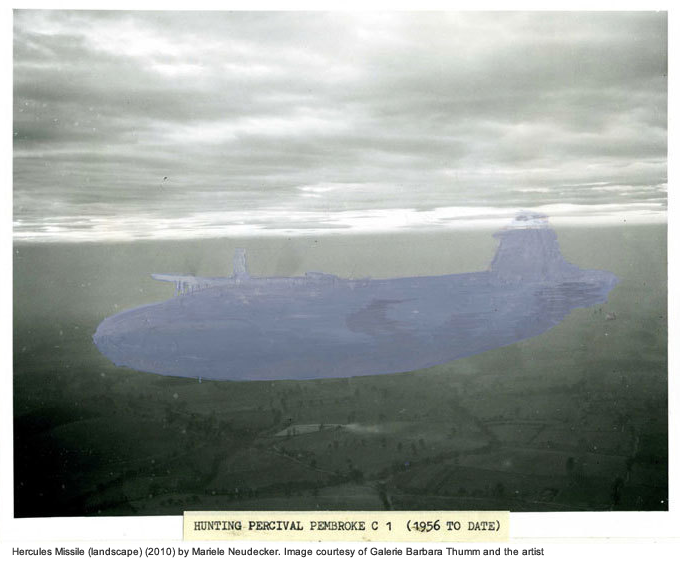 By utilising this quotation in her work, and for the title of the exhibition, Neudecker reminds us of the traces that we leave in the world around us. In this instance, she draws our attention to the airwaves and airspaces used by the military for command, control and communication. She poetically suggests that despite the machinations of warfare being beyond our daily perception, the air retains a memory of these exploits. Technology can encode and encrypt actions which are intended to covert, but artistic strategies combined with that same technology, can unscramble and reveal.

The Air Itself is One Vast Library is accompanied by Under the Shadow of the Drone, a large-scale outdoor drawing of a military drone aircraft, by the London artist, James Bridle. Both artists investigate how technology can obfuscate and obscure acts of war. They make visible the hidden infrastructures and strategies used by the military, as a way of reminding us of our social and moral responsibility in relation to war. These projects continue Lighthouse’s curatorial investigations into the invisible technological frameworks that make up our world.

Mariele Neudecker (1965) was born in Germany and lives and works in Bristol, UK. Her work uses a range of media from sculpture, installation, film and photography to explore landscape, perception, imagination and memory. She describes her practice as: “attempting to challenge conventional ways of seeing and the dichotomy between nature and culture.”

She has had exhibitions at galleries and museums such as Tate Britain, Ikon Gallery in Birmingham, Kunsthalle Bern in Switzerland, the National Gallery of Ireland, the Neue Nationalgalerie in Germany, and is currently showing at Kunstmuseum Trondheim in Norway. Her work has also been exhibited in major biennials and festivals including the Singapore Biennale, the Yokohama International Triennale, and the Triennale Fellbach in Germany, at which she won the Ludwig Gies Preis. 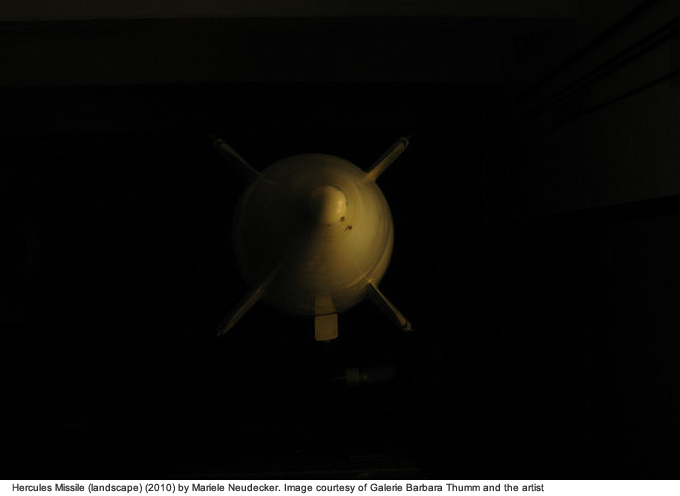 Neudecker is well known for her sculptural vitrines which feature simulated landscapes, such as lakes, mountains or forests. The consideration of nature and the “sublime” is a key theme within her work. In recent times she has begun to explore mediated and technologised aspects of landscape, themes which emerge in works such as Psychopomp (2011), Final Fantasy – Flight Recorder (2008) and The Air Itself Is One Vast Library (2010).
She is represented by Galerie Barbara Thumm in Berlin.