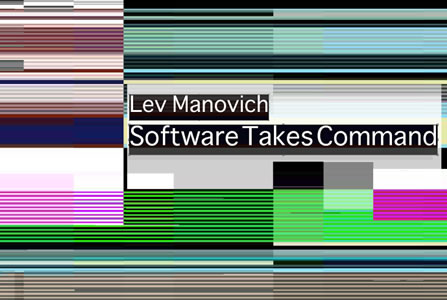 This book aims to contribute to the developing intellectual paradigm of “software studies.” What is software studies? Here are a few definitions. The first comes from my own book The Language of New Media (completed in 1999; published by MIT Press in 2001), where, as far as I know, the terms “software studies” and “software theory” appeared for the first time. I wrote: “New media calls for a new stage in media theory whose beginnings can be traced back to the revolutionary works of Robert Innis and Marshall McLuhan of the 1950s. To understand the logic of new media we need to turn to computer science. It is there that we may expect to find the new terms, categories and operations that characterize media that became programmable. From media studies, we move to something which can be called software studies; from media theory – to software theory.”

Reading this statement today, I feel some adjustments are in order. It positions computer science as a kind of absolute truth, a given which can explain to us how culture works in software society. But computer science is itself part of culture. Therefore, I think that Software Studies has to investigate both the role of software in forming contemporary culture, and cultural, social, and economic forces that are shaping development of software itself.

The book that first comprehensively demonstrated the necessity of the second approach was New Media Reader edited by Noah Wardrip-Fruin and Nick Montfort (The MIT Press, 2003). The publication of this groundbreaking anthology laid the framework for the historical study of software as it relates to the history of culture. Although Reader did not explicitly use the term “software studies,” it did propose a new model for how to think about software. By systematically juxtaposing important texts by pioneers of cultural computing and key artists active in the same historical periods, the Reader demonstrated that both belonged to the same larger epistemes. That is, often the same idea was simultaneously articulated in thinking of both artists and scientists who were inventing cultural computing. For instance, the anthology opens with the story by Jorge Borges (1941) and the article by Vannevar Bush (1945) which both contain the idea of a massive branching structure as a better way to organize data and to represent human experience. 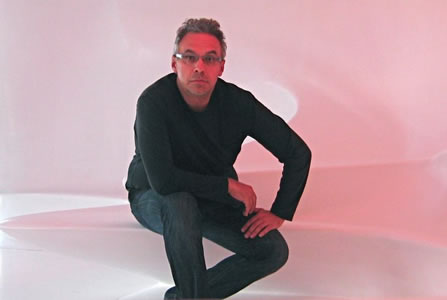 In February 2006 Mathew Fuller who already published a pioneering book on software as culture ( Behind the Blip, essays on the culture of software , 2003) organized the very first Software Studies Workshop at Piet Zwart Institute in Rotterdam. Introducing the workshop, Fuller wrote: “Software is often a blind spot in the theorization and study of computational and networked digital media. It is the very grounds and ‘stuff’ of media design. In a sense, all intellectual work is now ‘software study’, in that software provides its media and its context, but there are very few places where the specific nature, the materiality, of software is studied except as a matter of engineering.”

I completely agree with Fuller that “all intellectual work is now ‘software study.” Yet it will take some time before the intellectuals will realize it. At the moment of this writing (Spring 2008), software studies is a new paradigm for intellectual inquiry that is now just beginning to emerge. The MIT Press is publishing the very first book that has this term in its title later this year ( Software Studies: A Lexicon , edited by Matthew Fuller.) At the same time, a number of already published works by the leading media theorists of our times – Katherine Hayles, Friedrich A. Kittler, Lawrence Lessig, Manual Castells, Alex Galloway, and others – can be retroactively identified as belonging to “software studies. Therefore, I strongly believe that this paradigm has already existed for a number of years but it has not been explicitly named so far. (In other words, the state of “software studies” is similar to where “new media” was in the early 1990s.)

In his introduction to 2006 Rotterdam workshop Fuller writes that “software can be seen as an object of study and an area of practice for art and design theory and the humanities, for cultural studies and science and technology studies and for an emerging reflexive strand of computer science.” Given that a new academic discipline can be defined either through a unique object of study, a new research method, or a combination of the two, how shall we think of software studies? Fuller’s statement implies that “software” is a new object of study which should be put on the agenda of existing disciplines and which can be studied using already existing methods  for instance, object-network theory, social semiotics, or media archeology.

I think there are good reasons for supporting this perspective. I think of software as a layer that permeates all areas of contemporary societies . Therefore, if we want to understand contemporary techniques of control, communication, representation, simulation, analysis, decision-making, memory, vision, writing, and interaction, our analysis can’t be complete until we consider this software layer. Which means that all disciplines which deal with contemporary society and culture  architecture, design, art criticism, sociology, political science, humanities, science and technology studies, and so on  need to account for the role of software and its effects in whatever subjects they investigate.