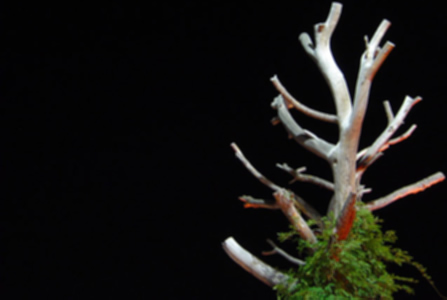 The Association of Lebanese Artists presents Lebanon Now, the art exhibition of the new media. Sponsored by USAID, this exhibition shows works done with the latest technological means. These works question Lebanon today, which is more disconcerting and intriguing than ever. The artists experiment with the binary code and look at Information and Communication Technology from a new perspective. There is no doubt that the sociocultural and the sociopolitical are featured. The artists « tell » their Lebanon through the elements of their numerical world, i.e. images, sound, and words.

This event transposes the observer (turned into user) into a new esthetic experiment. It is the long-awaited occasion both by the artists and an art (and technology)-loving public to experience together a form of contemporary art involving not only the observer but also an important team of scientists and computer engineers without whom the new media art would simply be disembodied. 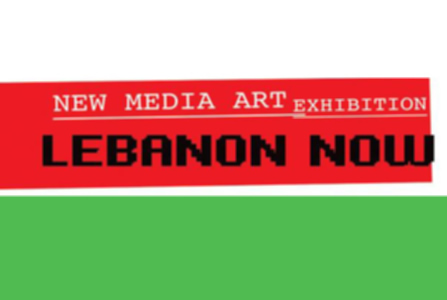 Through their « Message not delivered », the two
artists build a representation of themselves in
society, where elements from their respective
lives in relation with their real-life
experiences are featured. They deal with the
issues of immigration and long-distance
relationships through a telepresence system.

The work of these two artists is defined as a
leisurely walk that can be perceived in two
manners. On the one hand it is a graphic and
visual stroll accompanied by music, noises, and
sound patches. This same road can also be
perceived in the opposite direction: it is the
graphic that represents the music. This walk
remains a free walk of traditional page layout,
proportion, typography, and even readability.

Mansour El-Habre presents a website where the
user browses around and collects elements aiming
to answer the question: « What did he do to lose
his right hand middle finger as a child? ». The
reply is attained through a labyrinthine
navigation that puts the user in front of
numerous disturbing possibilities that question
the reality of the civil war of 1975.

The artist presents a Search Engine under the
name “Lebanon everywhere”. It is a letter
collector that searches exclusively for the
letters composing the word “Lebanon”. In any text
appearing on any website, the letters that
constitute the word “Lebanon” are automatically
selected, reassembled, and displayed.

Ricardo Mbarkho presents « Digital visuals from
Lebanon », a series of digital images printed on
large format photo papers based on the numerous
agreements signed by the Lebanese State since the
independence of Lebanon. In order to obtain these
images, the artist made the computer “believe”
that the files containing the texts of these
agreements are image files. The computer
calculated the binary code of each text file and
generated the corresponding image. The series
comprises images of binary codes of texts such
as: the Doha agreement, the Taef accord, the
Lebanon-Syria Treaty of Brotherhood, Cooperation
and Coordination, the tripartite agreement, the
Cairo agreement, the national pact, the Lebanese
constitution, as well as the word « Lebanon »
itself.

Nadia Oufrid presents an online play entitled «
Dialogue ». Once the user is connected to the
project’s website, he is greeted by two virtual
actors on a virtual stage. They recite texts
taken from two URL addresses randomly selected by
the system. The user can change the URL addresses
to his liking and therefore change the dialogue
of the actors, as by drawing from various
Lebanese sites (political, artistic, or other).
The various emotions that characterize the lines
are rendered by the tone of the voice, the
noises, and the music.

Shawki Youssef’s project is an online game on the
possibilities of a potential « construction » of
Lebanon, based on the daily political speeches.
The screen displays the pieces of a puzzle that
constitutes the map of Lebanon. The player has to
manually assemble the pieces, but his success
depends on the choice of the “words” of
politicians that are published in newspapers.
Some “words” might lead the player to victory and
end the game whereas others would lead to a
higher difficulty level and thus extend the
game’s duration.