The Islands of Benoît Mandelbrot. Fractals, Chaos, and the Materiality of Thinking 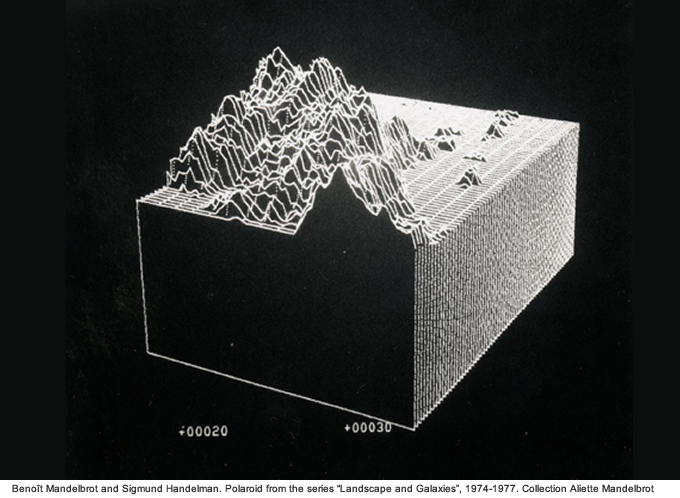 Focusing primarily on the work of Benoît Mandelbrot (1924–2010), one of the most notable mathematicians of the twentieth century, this exhibition explores the role of images in scientific thinking. With their capacity to generate and shape knowledge, images are at the very core of scientific investigation: charts, graphs, notebooks, instrument readings, technological representations, even mental abstractions–all make up the essential stuff of which it is made.

For thousands of years, Western thought assumed that the fundamental geometry of the world consisted of regular, ideal forms (cubes, spheres, cones, et cetera) with straight or evenly curved faces and edges. Benoît Mandelbrot, however, decided to explore the mathematics of the world not in its idealized form, but as it actually appears, in all its untidiness and irregularity, devoting himself to the study, for example, of the forms of the coastlines of real islands, with all their unpredictable inlets, creeks, and furrows.

Mandelbrot, in other words, looked at the world. In so doing, he flouted what was in effect a prohibition in much of mathematics against the use of visual representation in the discipline. To reintroduce the visual there, Mandelbrot took the step of harnessing the potential of computers, transforming mathematics into an experimental science. The result was his invention of fractal geometry, a geometry of actuality rather than of abstractions. 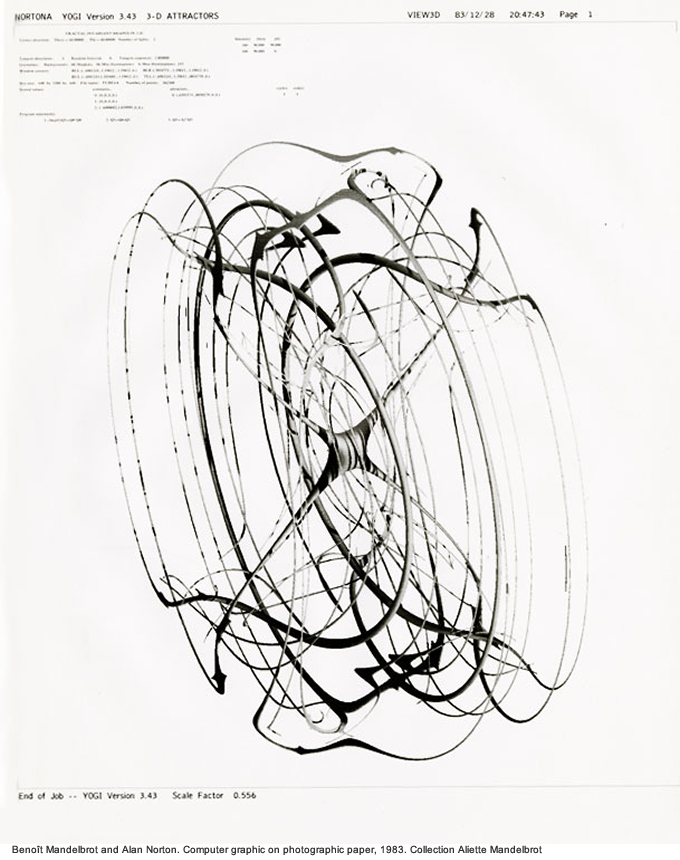 At his death in 2010, Mandelbrot left a mass of idiosyncratically organized drawings, computer print-outs, films, manuscript scribbles, objects, and photographs in his office in Cambridge, Massachusetts, an extraordinary trove to which Mandelbrot’s wife, Aliette, generously allowed Bard Graduate Center Visiting Assistant Professor Nina Samuel access. To explore it was like wandering through the mathematician’s brain—like witnessing the ephemeral traces of his very thought processes. Selections from these materials form the core of the exhibition.

Islands are central to Mandelbrot’s work, associated in his thinking with both the inspiring and the seductive role of images. They challenge his own dictum that ‘seeing is believing’ and point to the interaction between the hand and computer visualizations to generate new ideas. Frequently, the computer alone is unable to give an insight, and hand drawing becomes necessary for transforming a confusing computer image into a new idea or theory. Along with this rare look into Mandelbrot’s working process, previously never exhibited sketches from his contemporaries—the French mathematician Adrien Douady, the German biochemist Otto E. Rössler—will also be featured to investigate this specific role of the scientist’s hand. Additionally, the work of the Massachusetts Institute of Technology meteorologist Edward N. Lorenz, a pioneer of chaos theory, will be represented by loans from the Library of Congress.

This exhibition and its accompanying publication should raise questions about the merits of the idea that the illustration of a work must always be secondary to the work itself. On the contrary: Substantive images often play generative roles in the scientific process, constituting a kind of material thinking conducted by producing and interpreting visual traces, such as computer-generated images. These images are often aesthetically compelling even if they are initially scientifically impenetrable. This constitutes another revelation of the exhibition: the beauty of material thinking that can be found in the visual detritus of scientific investigation. 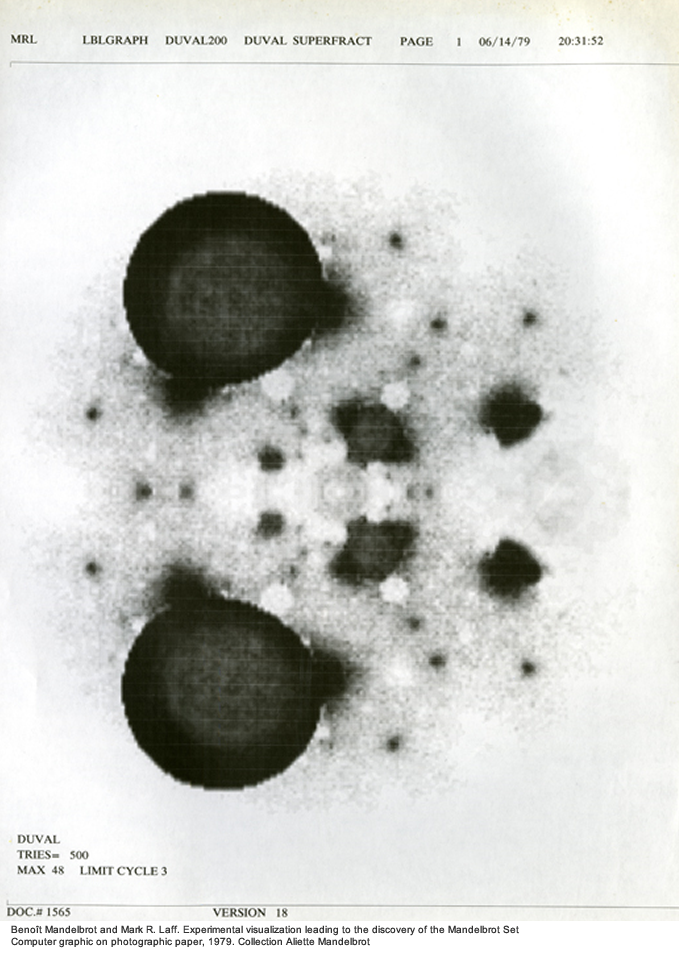 Featuring works on paper, photographs, objects, and films, the exhibition gives viewers a chance to take a never previously available inside look at aspects of the making of the new world of ideas that became popularly known as fractal geometry and chaos theory, as exemplified by one of the classics of twentieth-century science, Benoît Mandelbrot’s Fractal Geometry of Nature (1982).

In conjunction with the exhibition, the BGC will publish an extensively illustrated catalogue with an extended essay by exhibition curator Nina Samuel on the relationship between visual and scientific reasoning in fractal geometry and chaos theory. Featuring contributions by members of the German research group Das Technische Bild—Matthias Bruhn and Margarete Pratschke—as well as scholars Wladimir Velminski, Jan von Brevern, and Juliet Koss, the book will investigate the role of scientific imagery in visual thinking across diverse disciplines. Overall, the catalogue will endeavor to draw new connections between the material world and that of mathematical ideas, offering a rare glimpse at the artefactual terrain and graphic methodologies of Benoît Mandelbrot and his contemporaries.