AngelicA in Bologna, Mantica, organized by Socìetas Raffaello Sanzio at Teatro Comandini of Cesena…there are lots of Italian festivals dedicated to “musica ascoltata raramente” (literally “rarely listened music”), not to mention situations starting at the bottom, house concerts, traveling projects and micro-events in studios. This subtitle is chosen by La Digestion, a festival in its second appearance that takes place in Naples, a city where noise and electronic music are not so rarely listened.

This is partly due to Phonurgia (Giulio Nocera, Mimmo Napolitano, Renato Grieco and Andrea Bolognino), the team of young musicians that found La Digestion with the support of E-M Arts, Fondazione Morra and Museo Hermann Nitsch. The festival started in November with two special preview events and will re-starting on 3 February. 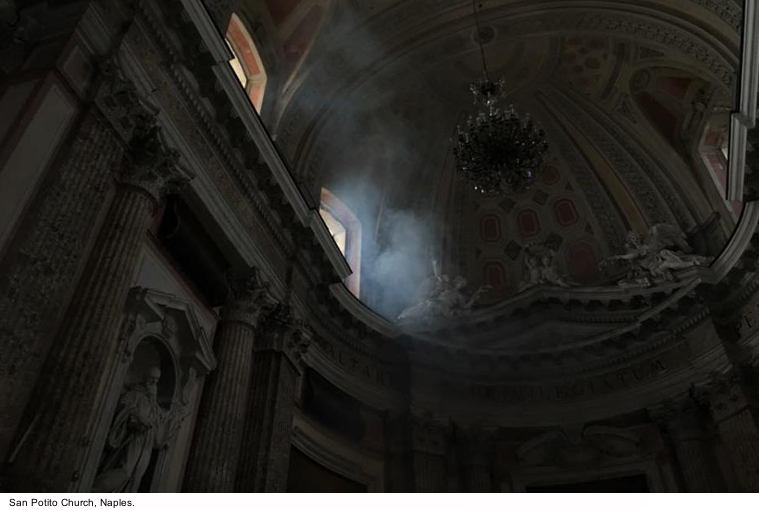 Naples. A town that is, in itself, with its shape and its folks, like a huge open-air theater. Now, thanks to some of these activities, abandoned places also can host the audience and show their new greatness. The opening has been an incredible moment with a great turnout thanks to a special guest, a contemporary composer that courted his audience far beyond an “electronic élite”. Right, and in fact the ancient Church of San Potito was full…

Giulia DeVal: The church of San Potito has been closed for 37 years and now it can be a location for a concert like yours. What about your feelings in this location, William?

William Basinski: It was fantastic. Everything about it, especially the teams doing all of the production work and sound and lighting, not to mention the wonderful attentive audience…I was thrilled.  And I had a huge XVI century Madonna and Child masterpiece in my dressing area!

Giulia DeVal: Georges Didi-Huberman use the idea of lieu deserté[1] to speak about space and color in relationship with James Turrell ambient artworks. There is definitely a strong chromatic idea in your music, an idea of shadow…

Giulia DeVal: This new edition of La Digestion reflects on the relationship between sound and space…

Giulio Nocera (Phonurgia): We thought it was a natural choice. Naples is a space into a space into a space into a space. It is a sort of matryoshka made by chambers, sounding boards, bellies, shafts…and they are like the pipes of a huge organ. The amazing things is the vitality of stones. In this town monuments, churches and all the ancient architectures are alive like in the past. These places ask the visitor to enter. There are doors open in this town and place that ask to enter, so we decided to walk through the doors with the artists. 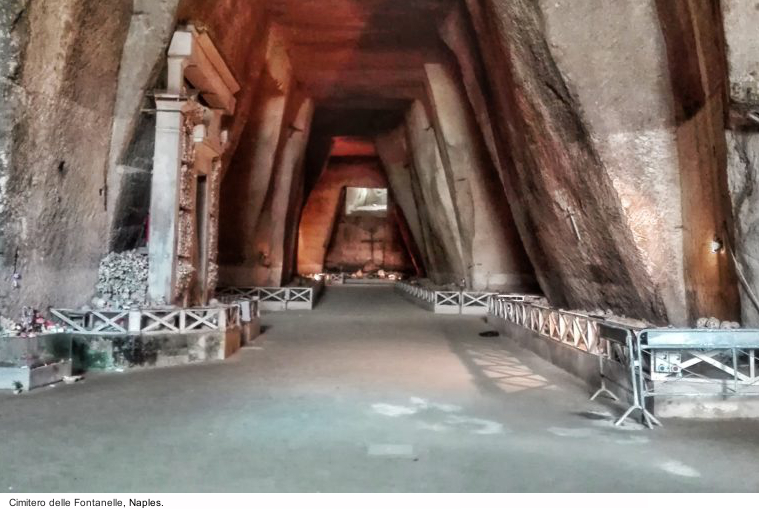 Giulio Nocera (Phonurgia): As I told you, this edition is a trip into the town. Locations will be always different. From this element, you can see a wish of proliferation and branch. For the moment we can use spaces of the historical center, but our heart’s desire is extending towards exurban areas, hills, suburbs, industrial areas, dungeon. This year we chose three churches, a court of XVII century, an ancient cemetery and the convent in which Tommaso D’Aquino lived and studied.

It will be the location for I’m sitting in a room, a day dedicated to listening with a cycle of “sound projections”. The title comes from a work by Alvin Lucier. The audience will listen a selection made by Phonurgia (Lionel Marchetti, Jerome Noetinger, Trevor Wishart, Das Sintetiche Mischegewebe, HEITH, Jesse Osborne-Lanthier, Valerio Tricoli, Jar Moff). A part of the program will be curated by Giulia Morucchio and the staff of Helicotrema festival, another is given to Giovanni Lami from MU association.

Other news of this year is Radio Digestion, workshop and theoretical reflections with musicologists and philosophers like Carmelo Colangelo and Carlo Serra. From this year we have also the support of institutes of culture like ProHelvetia and Goethe and a moral sponsorship from Naples City Council, City Culture Department and youth policy. 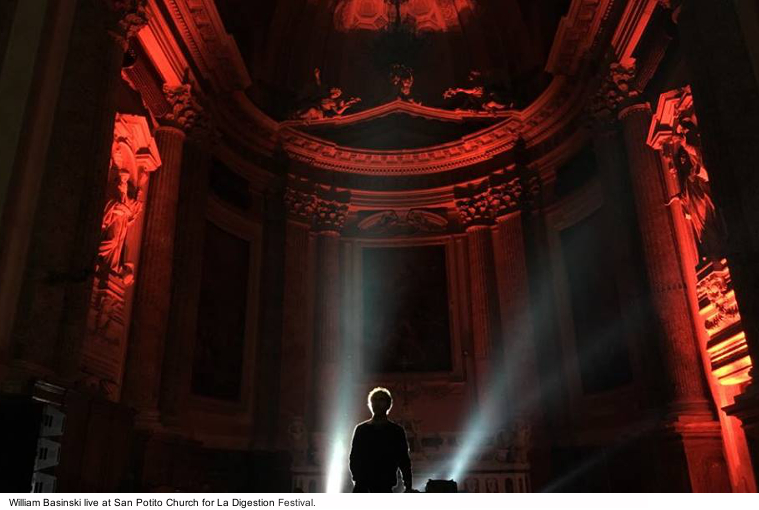 Giulia DeVal: In the church of San Potito you played A Shadow in Time, dedicated to David Bowie, what is the importance of this icon in your music? What’s your relationship with pop-rock aesthetics in general?

William Basinski: Bowie was my hero as a teenager. Besides his amazing music, his fabulous imagination, personas, dramatic flair and superstar unique style were a shining light and a siren song to a lot of kids my age, especially the queer ones. As far as “pop-rock aesthetics”… I like what I like and don’t what I don’t…

Giulia DeVal: La Digestion is a young festival created by young musicians (the team of Phonurgia) in collaboration with city corporations. Can you tell us something more about this work?

Giulio Nocera (Phonurgia): Phonurgia includes Mimmo Napolitano, an experimental musician also active in organization of concerts, Renato Grieco, a theoretical researcher, double bass player and electronic musician with whom I play in Les énervés duo, Andrea Bolognino, a visual artist who works with organic elements transformed in pictorial elements by scanner. We use his works for all the posters of the festival. I have a multifaced formation including theater, philosophy and cinema…later I started composing too. We turned to Fondazione Morra and EM-arts about two years ago. They listened to our ideas and they had the foresight to support our project. Now we can speak full-fledged of a co-production. Phonurgia, together with Raffaella Morra, represents the artistic direction. 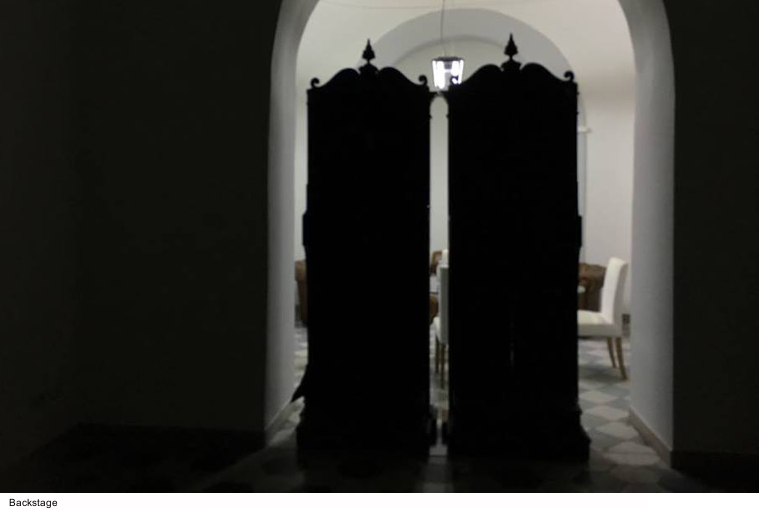 Giulia DeVal: So William, what is your suggestion for young musicians?

William Basinski: Make music and play! Or as Bowie said: “…let all the children boogie!”