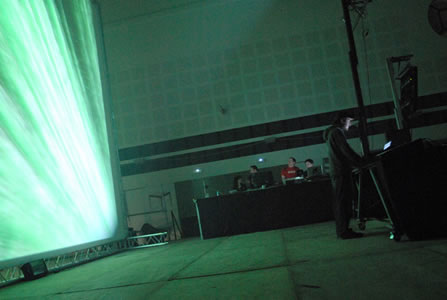 L.E.V. (or Laboratorio de Electrónica Visual – Visual Electronics Laboratory), is the space in which electronic music and visual and performing arts join as a way of artistic expression aiming at introducing the audience to a selection of the most interesting local and international creators – the new talent as well as established artists.

On its third edition, the festival returns to Laboral Ciudad de la Cultura during May 1st and 2nd 2009. It is designed and conceived by the asturiano collective Datatrón 0x3F, co-produced by Teatro de la Laboral together with Laboral Art and Industrial Creation Centre as its main sponsor.

The first edition had outstanding artistic proposals such as the audio-visual live sets by Plaid & Bob Jaroc, Alexander Hacke & Danielle de Picciotto, Ryoichi Kurokawa or Rechenzentrum, live sets by Mouse on Mars, Bugge Wesseltoft or Apparat and new talent tokens such as Lego my Ego, Fuss! or .tape. L.E.V. 08 meant the project’s consolidation thanks to proposals such as Kindertotenlieder by Gisèle Vienne, KTL and Dennis Cooper, Siren by Ray Lee or live performances by M83, Frank Bretschneider, The Black Dog, Monolake & Deadbeat and Clark, among others.

Aphex Twin returns to Spain after many years without coming over to our country and he’s doing it to show us his latest laptop performance in L.E.V. 09. Considered as one of the most important and influential personalities in electronic music, having been surrounded by numerous legends, with thorough precision in his control of old synths and creation of new sounds and gifted with one of the most restless and creative minds in the music scene, today Aphex Twin is still creating landmarks in the boundaries of the approved music rules.

L.E.V.’s third edition’s programme will hold other extremely interesting works such as Moderat’s (Modeselektor + Apparat’s joint project with the visual artists Pfadfinderei) audio-visual live set, who after releasing a long-waited for album in March on Bptich Control, will offer a select series of sets on special occasions. L.E.V. will also hold Peter Greenaway’s Tulse Luper Vj Performance or live sets by Isolée, Nathan Fake, Alva Noto and Byetone. This edition will also have the portuguese coreographer Rui Horta’s latest work together with the band Micro Audio Waves, live sets by Daedelus, AGF, Kelpe or Kettel, Loss-Layers’ performance, a creation by Fabrice Planquette and A.lter S.essio or Black out by João Samões, as well as Electric Girl, the new project by Apostolia Papadamaki from Greece with live music by Blaine Reininger (from Tuxedomoon). 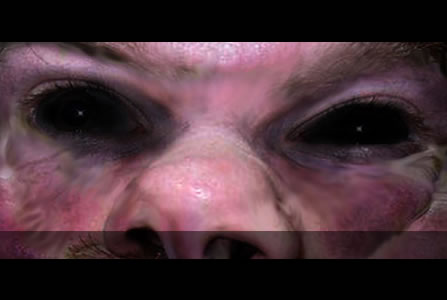