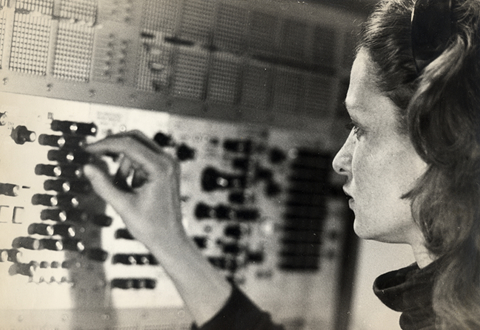 KONTRASTE KREMS capitalizes on the synergy of its special regional location and setting in combination with a strong international line-up. The festival highlights the characteristics of its main venue, the medieval church, Klangraum Krems Minoritenkirche. The festival will collaborate with various arts and cultural venues and stage manifestations in public spaces throughout the city.

The new annual KONTRASTE KREMS Festival will take place for the first time from 14 to 16 October 2011, with subsequent editions in autumn 2012 and 2013, all curated by the Sonic Acts team, led by the Dutch artist and curator Lucas van der Velden and Austrian-born producer and curator Annette Wolfsberger. 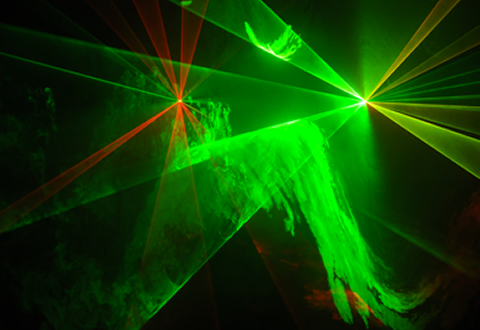 Annette Wolfsberger (NL/AT), is an Austrian-born producer, curator and researcher based in Amsterdam. Her areas of interest include media arts, as well as contemporary and popular culture.
Currently, she is producer and member of the editorial team of Sonic Acts, programme manager at Virtueel Platform, co-organises the Artist in Residency programme at the Netherlands Media Arts Institute (NIMk) and manages international staff exchanges for Trans Europe Halles (TEH). She also regularly co-edites and contributes to publications on new media policy and practice, a.o. Walled Garden (Virtueel Platform, 2009), Paralelo (Virtueel Platform/British Council/MIS, 2010), Cultural Blogging in Europe (LabforCulture, 2010).

Lucas van der Velden (1976, Eindhoven), is a Dutch artist and director of the Sonic Acts festival. Van der Velden studied Image and Sound at the Royal Conservatory in The Hague and currently working and living in Rotterdam. He is a founding member of the audiovisual collective Telcosystems (2001) and a member of the Artistic Board at Baltan Laboratories since 2007, a new facility for artistic research, located in Eindhoven. Telcosystems produce films, video clips, live performances, installations, software, soundtracks, and prints, which have been shown at numerous museums, galleries and film and new media festivals. Their film LOUDTHINGS received the Gus Van Sant Award for Best Experimental Film at the Ann Arbor Film Festival (2009) and the Grand Prix at 25 FPS festival Zagreb, Croatia (2008).

Further members of the curatorial sextet:

Opening 14 October Kontraste will be begin under an open sky with an imaginative landscape of light and sound: LSP – a spectacular laser and sound performance from Edwin van der Heide.

The soundscapes are an extraordinary sound experience, created and spatialised through the Acousmonium, an orchestra of 80 loudspeakers invented in Paris in the late 1970’s, in collaboration with the GRM (Groupe de Recherches Musicales). Simultaneously, HC Gilje’s light pieces will permeate the church. Immerse yourself in the sounds of the pioneers of electronic music: Iannis Xenakis, Ivo Malec, Luc Ferrari, Gottfried Michael Koenig and Jim O’Rourke’s piece What is cold is new again. Eliane Radigue’s composition promises to be a particularly intense and meditative sound experience. Finally, commissional works by Gilles Aubry and Keith Fullerton Whitman will carry you off to purely electronic worlds of sound as well as very real places.

Hilary Jefferey and Peter Rehberg / Stephen O’Malley have created commissioned works for Kontraste that make the various modulations and dimensions of spatial sound come alive. Thomas Lehn and Markus Schmickler explore the Acousmonium in a new configuration. Additionally, works from Dutch composer and contemporary composers from the GRM enrich the program. Listen to the sea, as it sounds in Jan Boehrman’s recently restored classical electronic composition “De Zee,” accompanied by a performance of Canon I of the eclectic Dick Raaijmaker, as well as multichannel-compositions of Kees Tazelaar, Daniel Terugi, Christian Zanési and Benjamin Thigpen. 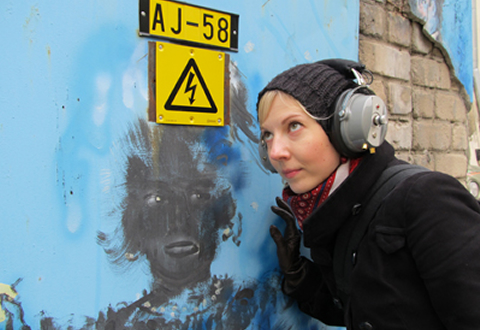 Landscapes of Light and Fog 16 October

Immerse yourself in worlds of light, fog and sound, which can lead to almost transcendental experiences at total concentration. In Yutaka Makino’s Conflux, large and fluid landscapes of smoke and light transform the nave. Light Trap by Greg Pope is live cinema of pure light with a soundtrack by Gert-Jan Prins. The light installation Line Describing a Cone, a classic of Anthony McCall is both minimalist and magical. Edwin van der Heide and Jan-Peter Sonntag’s immersive installation Extended Atmospheres – a reinterpretation of György Ligeti’s composition Atmosphères – can be experienced every day during the festival.

Contemporary experimental film of the Celluloid Ecologies Programme with works by Rose Lowder, Makino Takashi, Emmanuel Lefrant, amongst others, are a perfect first taste of the festival. The experimental short films by the GRM (Groupe de Recherches Musicales) from the 1960’s present abstract visual landscapes with electronic soundtracks of François Bayle, Bernard Parmegiani and other leading composers of the musique concrète. Some of these films are being shown for the first time outside of France. This will be a rare opportunity to see them in Austria!

This symposium is an intellectual journey with a keynote by Douglas Kahn on the “aelectrosonic” and presentations of and interviews with artists of the festival.