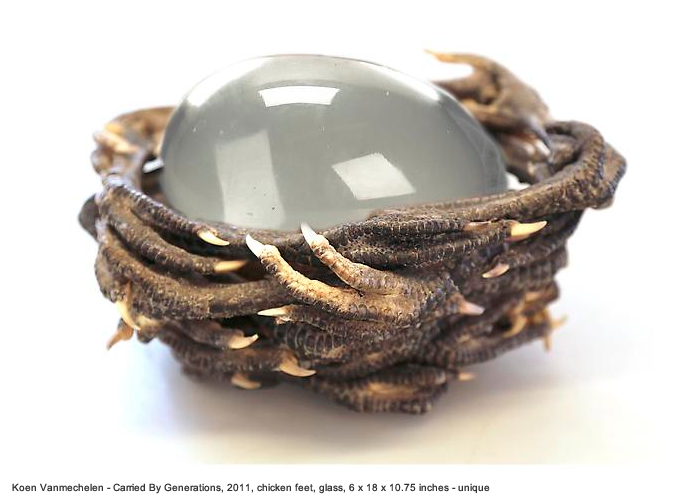 Vanmechelen‘s art provocatively reveals how synergies between culture and science shape identity. Biocultural diversity, the realist force that drives his work, emanates from the inextricable intertwining of human life with the life of all other creatures. In Vanmechelen’s oeuvre, biocultural diversity is embodied by a species that has co-evolved in symbiotic life with humans for several millennia: the domesticated chicken. Vanmechelen explains, “I see the chicken as a metaphor for man, and the egg both as a metaphor for the world and as the laboratory of the future.

The egg is a protected environment and a source of life. Yet it is also a cage, a restriction from which we have to break free.” The concept of freedom through biocultural diversity inspired Vanmechelen’s critically acclaimed Cosmopolitan Chicken Project (C.C.P.), a global program to crossbreed all of the pure regional breeds of chicken in the world, which he began in 1998. The artist’s ongoing creation of a world-hybrid chicken reached its seventeenth generation in April 2013. To date, the hybrid consists of regional breeds of chickens in Belgium, France, England, U.S.A., Germany, The Netherlands, Mexico, Thailand, Brasil, Turkey, Cuba, Italy, Russia, China, Egypt, Senegal and Slovenia. 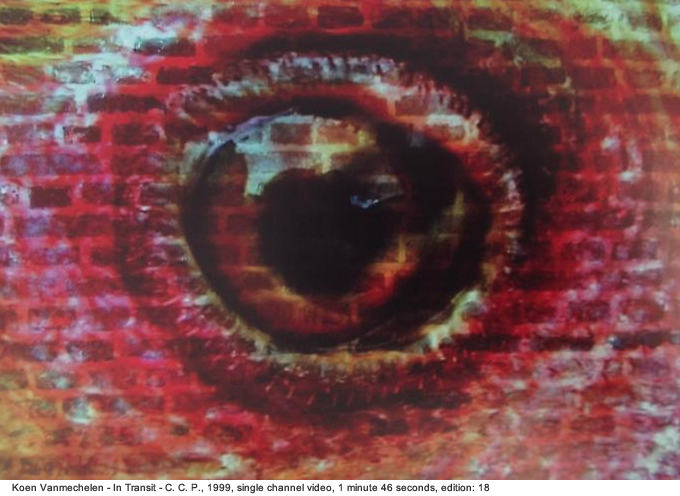 The alpha and the omega of the Cosmopolitan Chicken Project is the Red Jungle Fowl. This species, native to tropical forests in Asia, is the original chicken whence all breeds descended. Befittingly, the centerpiece of Vanmechelen’s Leaving Paradise exhibition is a live pair of male and female Red Jungle Fowls, who represent both the starting point and future of Vanmechelen’s global project. Over the ages, as the varied progeny of the Red Jungle Fowl were transformed by their human co-species in far away regions, the proto- chicken remained genetically unaltered in its native home.

Protected but imprisoned by its metaphorical paradise, the Red Jungle Fowl is now on the brink of extinction with its habitat increasingly facing environmental threats. Meanwhile, its domesticated descendants are becoming increasingly infertile from inbreeding. Leaving Paradise expresses Vanmechelen’s vision of blending these domestic breeds back to a new starting point, not to reconstitute the proto-chicken of the past, but rather to set forth a perpetual evolution of diversification and recombination. In doing so, the exhibition raises existential questions of individual identity and life, and invites discussions on contemporary issues including globalization, domestication, genetic modification, fertility, cloning and diversity.