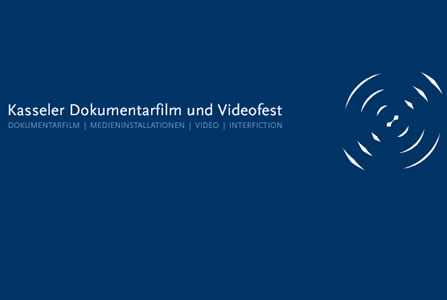 The Kassel Documentary Film and Video Festival takes place annually on six day during mid- November. It is organised by Filmladen Kassel e.V., a cinema awarded regularly on a regional and national level for its committed work. The festival presents contemporary documentary films and videos, the media art exhibition MONITORING, as well as the interfiction symposium. It celebrated it 20th jubilee in 2003 and is a unique film and media festival with international orientation and a focus on new media, in this region of Germany. Its collaboration with European networks and the MEDIA-programme underline the European dimension. The festival programme includes a documentary film section, which is screened in the Filmladen, a video programme, which is screened in the BaLi-Cinemas, the exhibition MONITORING, which is located in the south-wing of the “Kultur-Bahnhof”, and the Conference “Interfiction”, held in the rooms of the Public Access Television studios. All locations are modern, full of character, and create a superb festival atmosphere, remarked upon by guests to the festival on a general basis.

The festival shows about 240 international documentary films and videos per year, that are seen by more then 60,000 Guests and Professionals. It attracts a regional audience, as well as producers of film and media, professionals from Germany, Europe and the rest of the world. We invite all filmmakers, media people, and artists to submit their latest works and projects for the individual sections of the Festival program. Each year the closing date for entries is August 1st.

One of the festival’s main emphases lies on current films and videos exploring their subject matters with documentary means. The festival is also interested in experimental and artistic video works. The selection showed at the Filmladen is made up of about 30 feature length films. The programme is a mixture of the newest German productions as well as exiting international work. The festival remains an important forum for the screening of the documentary film, which otherwise hardly makes it onto the ‘Big Screen’ in Germany.

The documentary approach is also a main concern in our video collection. About 35 shown programmes are each concerned with one particular subject. These Compilations are made up of documentary videos, artistic-experimental positions, and videos that reflect the new possibilities of new media. The video section is one of the leading platforms in the international festival landscape. Amongst other things the currently around 2000 entries from all over the world, as well as the multitude of Queries and Invitations stand testimony to that.

The exhibition MONITORING deals with the current room-related positioning of media art. During the Festival, it displays approximately 15 media installations and sculptures, which are selected from around 300 entries. The exhibition is held in the Südflügel and other locations of the Kassel KulturBahnhof. The exhibition is a cooperative effort of the Festival, the  Kasseler Kunstverein” and the Kulturdezernat / documenta Archive of the City of Kassel. Works from Internationally recognised artists such as Stan Douglas, Ute Frederike Jürs and Jörg Herold are exhibited alongside the artistic newcomers.

The symposium offers lectures, presentations and Workshop seminars to yearly changing subjects, that are all related to the politics of the media, societal and artistic aspects of the medium Internet. For three days leading theorists from differing academic disciplines, practitioners and interested artists and filmmakers meet for interdisciplinary exchange of ideas.

At the festival, three awards will be presented, each endowed with € 2,500. The  Golden Key”, sponsored by the City of Kassel, is presented to the best documentary by a young director. The newspaper HNA recognises an outstanding production from the region of Northern Hesse with its  Golden Hercules” award. The Sparkassen-Kulturstiftung Hessen-Thüringen presents the  Golden Cube” for the best installation of the exhibition MONITORING. In addition, there is also an award for the innovative use of digital production and post-production tools. Artists may apply for the project grant of the Werkleitz Gesellschaft e.V.  Center for Art and Media Sachsen-Anhalt  providing technical support worth up to € 5,000.