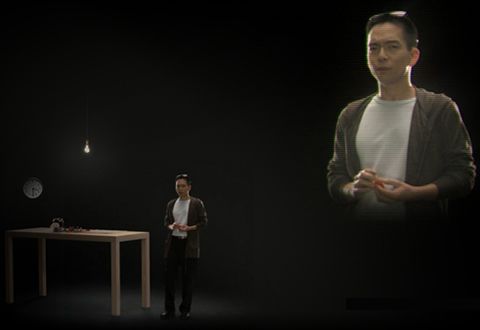 The Adobe Museum of Digital Media announces its second exhibition, John Maeda: Atoms + Bits = the neue Craft (ABC), on view March 23–December 31, 2011. The exhibition is a digital representation of Maeda, president of the Rhode Island School of Design (RISD), leading an interactive lecture on how artists are connecting the worlds of digital creativity and analog (or handcrafted) creativity.

Titled Atoms + Bits = the neue Craft (ABC), the lecture underscores the mission of the AMDM to provide an interactive venue for presenting digital media works as well as providing a forum for expert commentary on how digital media influences culture and society.

According to Maeda, “Computers let us imagine digitally what we once could only validate by handcraft in physical form—the infinite malleability and reusability of bits have forever changed the creative process. But just as it took Icarus to first imagine human flight by carefully observing how birds can fly, digital tools have relied on many of the original tools and media used by artists in the pre-digital world.” Maeda sees the thread that runs between the tools of physical art making—such as pens, brushes and pigment—and the way new media has co-opted many of the same tools to manipulate bits in digital art. Through the exhibition, he examines the history of linking analog and digital creativity within his own work and the works of others.

The exhibition takes the form of an interactive lecture, with a digital representation of Maeda speaking on a simple stage resembling his office at RISD. Dynamic infographics, video content and audio remarks illustrate Maeda’s talk. Scenes from RISD art studios, including wood, glass, metal, and paper workshops, demonstrate the richness of expression Maeda feels must be captured in digital art’s next chapter. 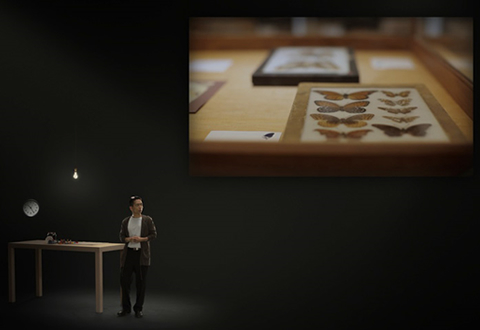 John Maeda is a world-renowned artist, graphic designer, computer scientist and educator whose career reflects his philosophy of humanizing technology. For more than a decade, he has worked to integrate technology, education and the arts into a 21st-century synthesis of creativity and innovation. A recipient of the National Design Award and represented in the permanent collection of the Museum of Modern Art, Maeda became president of the Rhode Island School of Design (RISD) in June 2008.

A former professor at the Massachusetts Institute of Technology, Maeda taught media arts and sciences there for 12 years and served as associate director of research at the MIT Media Lab. Maeda’s early work redefined the use of electronic media as a tool for expression by combining skilled computer programming with sensitivity to traditional artistic concerns. He has published four books including The Laws of Simplicity, now translated into 14 languages. His new book written with Becky Bermont, Redesigning Leadership, expands on his micro-posts on leadership and innovation as @johnmaeda on Twitter. In 2008 Maeda was named one of the 75 most influential people of the 21st century by Esquire magazine and in 2010 he was called the “Steve Jobs of academia” by Forbes magazine.

A native of Seattle, Maeda earned bachelor’s and master’s degrees in Computer Science and Electrical Engineering from MIT, followed by a PhD in Design Science from the University of Tsukuba Institute of Art and Design in Japan and a master’s in business administration from Arizona State University.

The Adobe Museum of Digital Media (www.adobemuseum.com) is a one-of-a-kind online museum and interactive venue designed to showcase and preserve groundbreaking digital media works and provide a forum for expert commentary on how digital media influences culture and society. The AMDM is open 24/7, 365 days a year, free of charge. Visitors are invited to sign up for free membership to enjoy special benefits including advance viewings of exhibits and exclusive events. The AMDM launched in October 2010 with inaugural exhibition, The Valley, a specially commissioned work from renowned American artist Tony Oursler. Exhibitions are curated by leaders in art, technology and business, changing regularly throughout the year. A permanent exhibition archive remains indefinitely accessible