Jason Mena We all shall play in the ruins 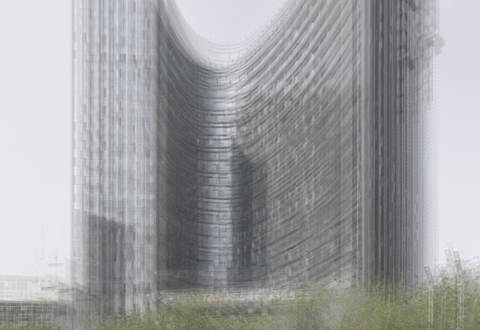 “The space of our physics, like the space of our daily lives, is thus a mere construction; an architecture thrown up by perception of the phenomena that surround us and thereby shape, for all of us, this ‘landscape of events’ that makes philosophers and scientists mere humble landscape artists.”

Jason Mena’s work entails a multi-faceted approach to contemporaneity that, drawn from conceptualism and minimalism, reveals the complexities and contradictions of the ever increasing urbanization of space. The City and its architecture becomes the main protagonist and consequently witness of the post-modern condition. Reality and fiction converge, they appear and disappear in the urban landscape, provoking multiple reactions and interpretations.

Working with different media, mainly photography, video and installations, Mena reacts to his surroundings and eerily reminds us that appearances can ultimately be deceiving. His work leads to a profound criticism of the constant simulation of culture, the speed of urbanization and the accelerated decay of our social and political climate.

We all shall play in the ruins comprises photography, installation, video and drawing. Informed by Paul Virilio’s take on the speed of post-modern society, Mena seemingly creates a ‘landscape of events’ where motion and velocity translate to both destruction and construction. Throughout the exhibition objects and images suggest movement in various explicit and even subtle ways. A central part of the exhibition is the photographic series Points of View, where Mena uses architecture to challenge the viewer’s perception. By focusing on the malleability of perception, these images not only delineate the fragility of contemporaneity but also the apparent imperceptibility of our urban reality. 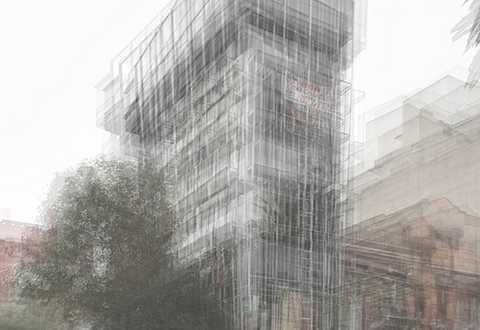 Letting Go of Conceptual Approaches, a series of abstract monochromatic images, shows the effect of a photochemical reaction of sunlight with hydrocarbons and nitrogen oxides that has been released into the atmosphere mostly by automotive emissions and industrial plants. A paradoxical image as we find beauty in polluted skyscapes.

Jason Mena (1974, New York) lives and works in San Juan, Puerto Rico. He earned his B.A. at the Escuela de Artes Plásticas in San Juan, Puerto Rico. He has shown his work in numerous international venues such as the Poly/Graphic Triennial: Latin America and the Caribbean and the Museum of Contemporary Art, Puerto Rico, the Museum of Modern Art, Dominican Republic, the CCA Wattis Institute for Contemporary Art, San Francisco, VoxPopuli Gallery, Philadelphia, the Painters & Sculptors Association Gallery, Israel and National Center for Contemporary Arts, Moscow, Russia. He was nominated for the Emerging Artist’s Brugal ARCO Madrid 09 Acquisition Award, received the 2008 Lexus Grant for the Arts and the 2006 AICA Award, International Association of Art Critics

We all shall play in the ruins is Jason Mena’s first solo exhibition at Luis Adelantado Gallery in Valencia, Spain.