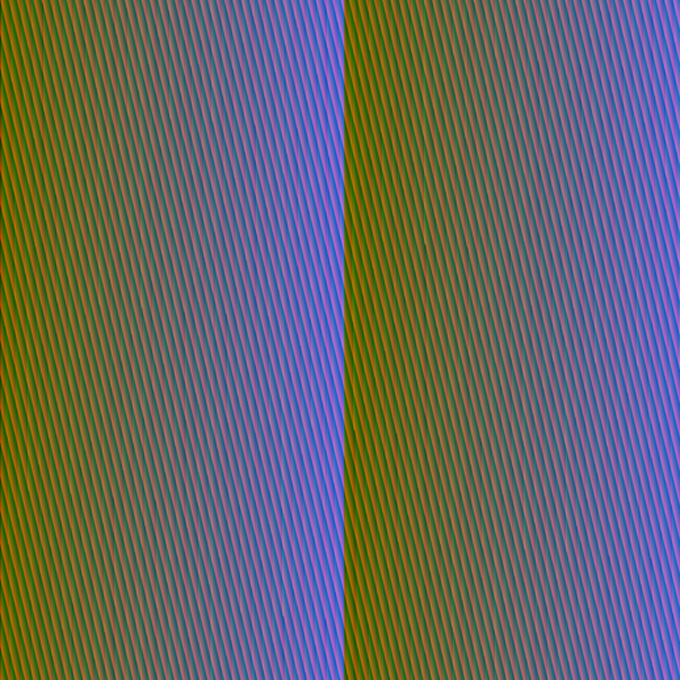 Space In Between is delighted to present Binary Translations – an exhibition of new work by James Irwin and his second solo show with the gallery.

Irwin’s recent work includes a series of images based on the idea of decoding the RGB colour spectrum. Informed by an ongoing investigation into the space between physical and digital realities, the artist has created a body of work that seeks to examine the language and mechanisms, which enable us to translate the world around us into digital forms and contexts.

Having written a computer programme to decode digital colour – deconstructing it as a means to understanding its mechanism – Irwin created a series of coded prints. An Internet image search for “16777216” – the total number of unique RGB colours – led to the discovery that French artist France Languerand had already achieved a startlingly similar outcome.

Given that the each of these images are determined by an algorithm, designed to represent the entire colour spectrum, the chance of two being identical was 1 in 16,777,216. Irwin contacted Languerand and invited her to contribute her version of the works to the show and together these form the basis of, and the inspiration for, Binary Translations. 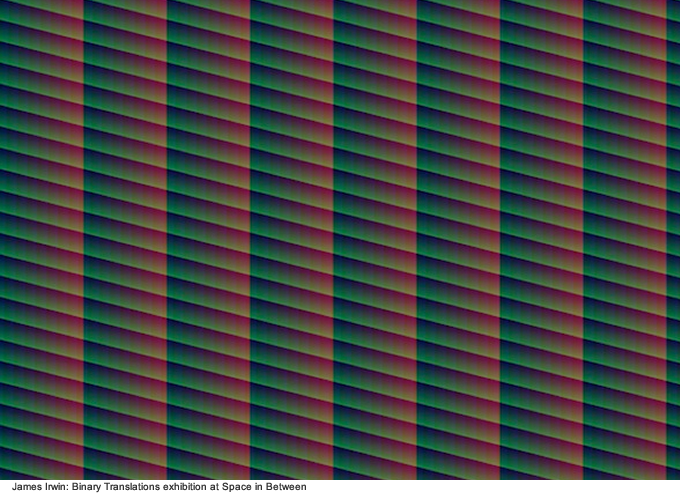 Whilst the artists’ reasons for the same investigation were different – made in different places, and separated by several years – they represent the possibility for a digitally connected state, offering a metaphor for ideas shared within an intangible and digital ‘space’. A topology of sorts, this coincidence ignores measurements of distance and angle. In French, “motif” means motive, cause but also pattern, which is fitting given that both artists arrived at the same point of enquiry from two entirely different perspectives, both achieving the same result.

The prints will be shown alongside a sculpture by Irwin, which will scan and translate the pixelated colours of the digital images into light, projected into a translucent cone. The cone and its accompanying mirror image exist as a kind of topological translation between physical and other imagined realities. Irwin is interested in the possibility of a kind of programmed sense of objectivity, which brings into focus questions surrounding the idea of authorship. Given Languerand’s accidental involvement Binary Translations quietly draws its audience in to the sense of the inevitable, an abstracted digital togetherness of sorts. 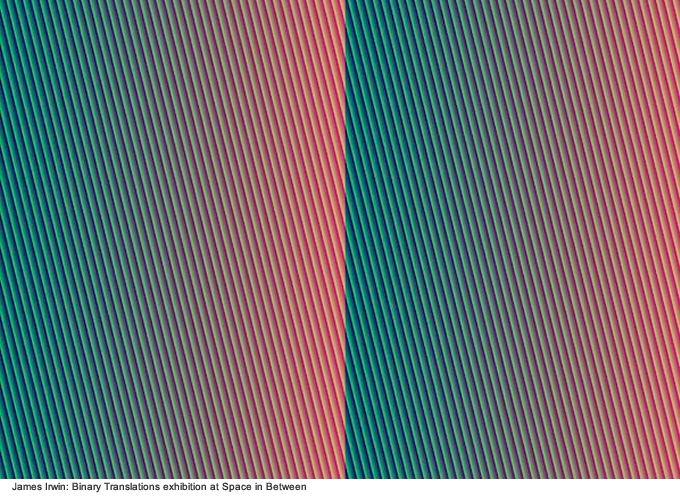 James Irwin graduated with an MA in Computational Studio Arts from Goldsmith’s in 2010. He was awarded the 2012 Bursary Award by the Royal British Society of Sculptors and has participated in a number of group and solo exhibitions, including Hopeless Communication at Space In Between in 2011.

Founded in early 2009, Space In Between is run by Hannah Hooks & Laura McFarlane and works with emerging artists on new projects in both off-site shows and gallery exhibitions. SIB has worked with over 50 individual artists and collectives from across the UK and has developed a reputation for exhibiting critically engaging artwork that benefits the artistic development of practitioners, attracting a regular and informed audience.