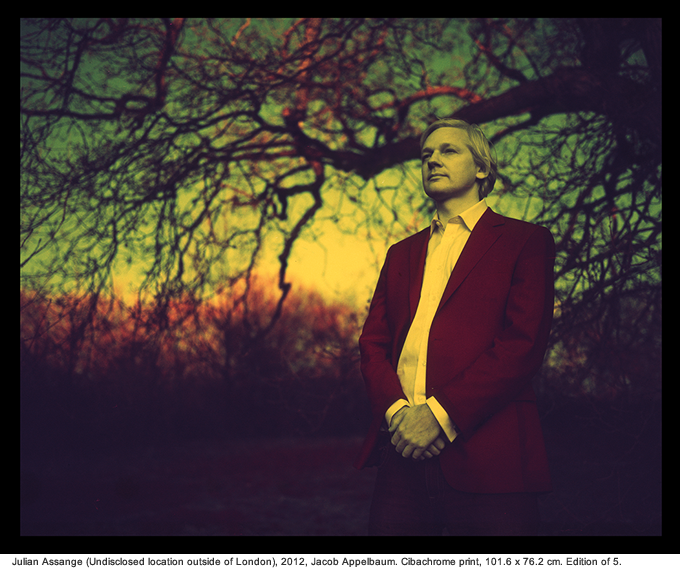 With SAMIZDATA: Evidence of Conspiracy, NOME Gallery in Berlin presents Jacob Appelbaum’s first solo show in Germany, curated by Tatiana Bazzichelli. Having previously collaborated in art projects with Ai Weiwei, Trevor Paglen and Laura Poitras, and others, independent journalist Jacob Appelbaum now presents his own works as an artist.

The title of the show references the Russian word “samizdat”, an important form of dissident activity throughout the former Soviet bloc in which censored literature was clandestinely reproduced and distributed. Transferred to the 21st century, the activity also resonates with aspects of the Snowden Affair and WikiLeaks as regards the distribution of information that places involved people at risk.

As part of a process of investigative journalism and document-leaking aimed at the higher goal of transparency, the exhibition is above all a critique of the progressive loss of liberty, using analogue surveillance film to portrait people who are uncovering surveillance itself. For the first time, the artist is showing a series of six color infrared photos as cibachrome prints, portraits of his own network of colleagues and friends: Laura Poitras, Glenn Greenwald and David Miranda, Julian Assange, Sarah Harrison, William Binney and Ai Weiwei. The works were originally created as a sign of admiration and respect for the portrayed people and for their work that led to the “Snowden Affair” and beyond. Appelbaum uses color infrared photography film that was originally produced to detect camouflaged targets and for use in agricultural surveillance and forensics investigations, to produce pictures that reveal more information than standard film. 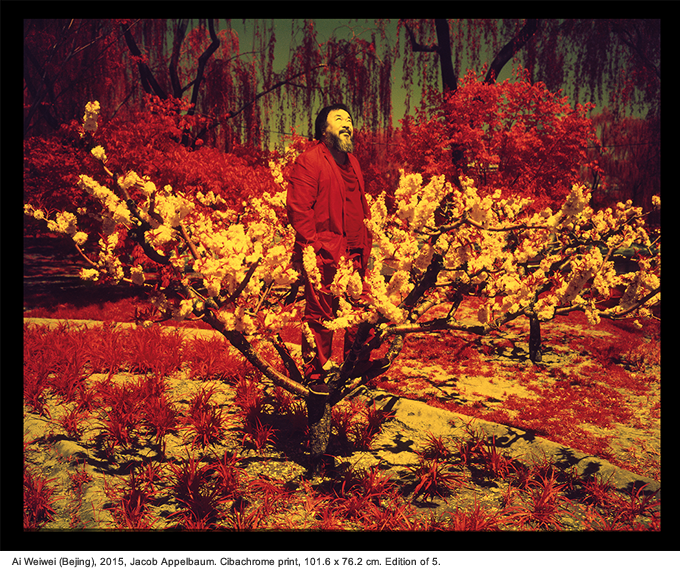 Another exhibition piece is P2P (Panda to Panda), a collaboration with internationally acclaimed artist Ai Weiwei, commissioned by Rhizome and the New Museum in New York in 2015. For the work, the two artists shredded NSA documents once given to Laura Poitras and Glenn Greenwald and stuffed them into panda bears. Inside each panda, Ai and Appelbaum placed a micro SD memory card containing a surprise. “Panda to Panda” makes reference both to a slang term for the secret police in China and to peer-to-peer communication (P2P), a distributed communications architecture that partitions tasks or work loads between peers.

The third work, Schuld, Scham und Angst consists of pieces of jewelry filled with mixed media, shredded journalistic notes and historical, unredacted classified documents from the Summer of Snowden and the following years. The title relates to the emotions of journalists working with these materials: “fear”, the feeling that leads to the shredding of documents, “guilt” and “shame” in cognizance of the fact that journalists, too, have become collaborators in a culture of secrecy. The work was created in collaboration with Manuela Benetton, Berit Gilma and Luzi Tornado.

Jacob Appelbaum is a post-national independent computer security researcher, journalist and photographer. He is a core member of the Tor project, a free software network designed to provide online anonymity. SAMIZDATA: Evidence of Conspiracy is presented in collaboration with SAMIZDATA: Tactics and Strategies for Resistance at Kunstquartier Bethanien by Disruption Network Lab, curated by Tatiana Bazzichelli (Artistic Director). The two-day conference (11-12 September 2015) brings together hackers, artists and critical thinkers who, in the light of the Snowden revelations, apply the concept of resistance and social justice from many different angles. 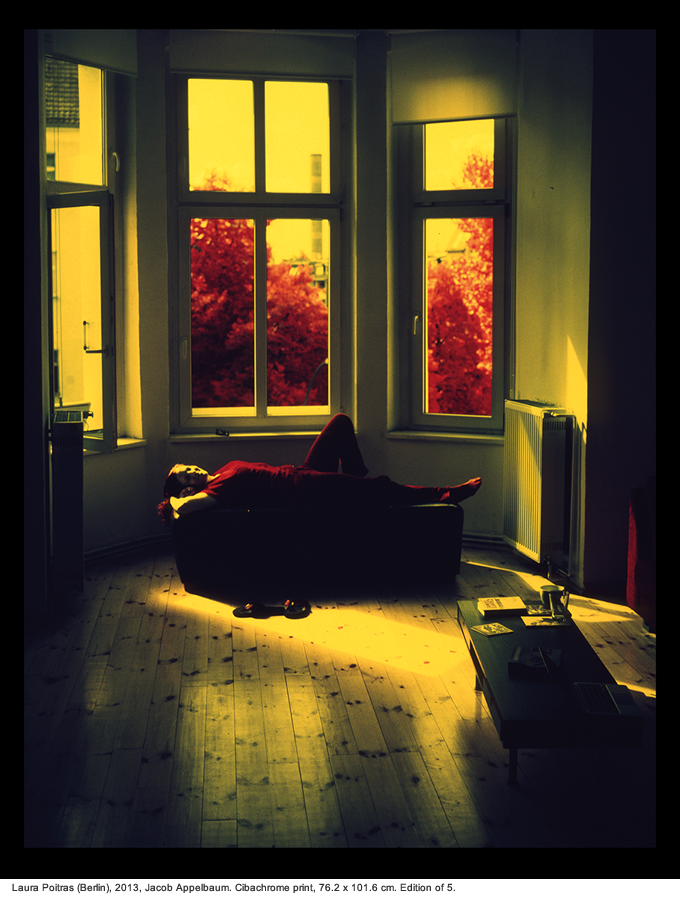