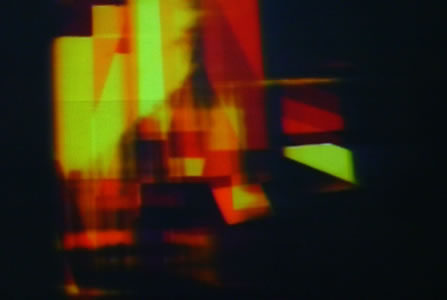 In the brief history of electronic art in Latin America there are two recognizable stages. The first took place in the 1980s, or possibly the late Seventies, when artists, either isolated or in small groups, began to experiment with available electronic media, usually imitating what had already been done in Europe or the United States. The second stage, which began around 1990, involved the appearance of new artists immersed in electronic creation. This stage coincides in time with one or more local cultural initiatives ­public, private or a combination of the two­ with the aim of giving an institutional framework for creativity in electronic media and its promotion. In Argentina and Brazil these two stages appeared before they did elsewhere in Latin America; in Argentina the first stage took place in the second half of the Sixties, and in Brazil, in the early Seventies.

Since Latin America is such a vast territory, whose development has been marked by the necessary transference of technology, it is easy to understand how electronic art becomes inserted in an ultimately cultural phenomenon of transference, even if its basis and its immediate devices are to be found in technology.

As we can also see in the rest of the world, electronic media in Latin America are used nowadays in artistic creation in a context of fast changes, novelty developments, impact and surprise. Due to these changes artists travel to new places and become conscious of the uniqueness of their present position, awakening new insights, which in turn give important feedback to their work.

Even if electronic art in Latin America as a whole still lacks stability, video art has become one of the contemporary aesthetic practices in recent Latin American visual arts. It is often included in international art exhibits and shows, as it is considered to have all the marks of regional representation, as well as acknowledged international legitimacy.

However, little is known about recent video art production in Latin America as a whole, outside of some well-known names. It is hard to believe that at the beginning of the 21st Century, in spite of ubiquitous communication and information technology, we still have no access to any information about the creative processes which take place in certain areas. For us Latin Americans it is even more difficult to have access to information about our own region.

It therefore becomes a necessity to build a network of creative connexions focused on the knowledge about video art in the region, searching at the same time for the particularities which ensure that in each country in Latin America there is a continuous flow of creative projects in new media.

(In)visible Videographies proposes rendering visible some of these possible connexions revolving around ideas, concepts and recent proposals linked to video art works by Latin American creators unknown to the general public, in an attempt to contribute to the redefinition of our global concept of media art.

The curatorial activity in this exhibit is focused on the selection of recent innovative projects, in an attempt to generate a receptive space for new cultural contents where visitors can actively immerse themselves.

The projects chosen here have been produced by artists from those places which have little representation in the development of video art, but where, as our recent researches have confirmed, there is as much talent as that of the more visible areas of Latin America.

1.- MUSIC FOR THE EYES (16th of November, 19:30 h)
The artists take a look at mass culture, with an avid aye for identifying the contours of a media culture which can be easily and directly comprehended. From animation to the dramatization of urban violence, this selection covers testimonial instances of how a commercial format (the video clip) has left its mark on visual creation, using video as a medium. What is foreign to them is effectively assimilated and reinterpreted from a witty local standpoint.

2.- EXERCISES TO FIGHT OBLIVION (23rd of November, 19:30 h)
This selection explores the way memories of the recent past generate forms of audiovisual stories multiplying the senses in the construction of traditional historicity. The experience of television consumerism becomes one of the references that filter a cumulus of narrations, where nothing is rejected a priori: the personal or family history can become enmeshed in regional history ­be it geographic or social­ and both can reveal the political dimension.

3.- IMPURE CINEMA (30th of November, 19:30 h)
The discovery of cinematography from a videographic perspective has resulted in a series of combinations which bring possibilities for innovating and transgressing the traditional movie format. This range of new possibilities of creation in the context of the visual arts in Latin America seems to have contributed to the recuperation of the experimental potential of narrating, lushly and impeccably, in images and sounds. Its wider sense of conceptualization gives direction to each and every process of edition and composition, be it analog or digital.

4.- (MEDIA) HABITAT (7th of December, 19:30 h)
The journey along the territory of reality in Latin America is made with a critical slant. The focus is on the way reality is transformed in the mass communication media: the artists work on the images in order to generate spaces which can be open for discussion. In the same way, poetics born from the experimental use of the digital medium bring about visual dimensions which consciousness experiences as belonging to a separate reality.

5.- PERFORMED IMAGERY (14th of December, 19:30 h)
With a clear sense of the necessity to redefine video performance, a new generation of Latin American artists takes over situations and subjects deeply rooted in national imagery. The ethical status of the artist in the social context becomes in turn an object of ironic or playful reflection.