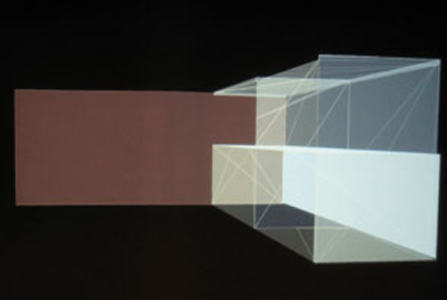 The growth of non object-centred thinking, the cosmological understanding of space as an uncontrollably changing informational substance and the expanded use of virtual environments, necessitate new strategies for developing spatial research in order to advance art and architecture. Pioneering methodologies for expanding the development of digital site-specific drawing through the in-depth investigation of the emerging relationships between space and digital visualisation have been the outcome of Fratzeskou’s theoretical and practical research on the new intersections between art, architecture, philosophy and computer science.

The existing modes of digital visualisation, site-specificity, virtual and mixed realities in art, design and science are radically challenged, as the built boundaries of architecture are ‘unfolded’ to reveal a paradoxical hybrid space. 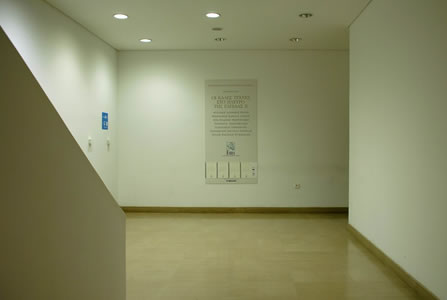 Dr Eugenia Fratzeskou lectures at the MA Architecture & Digital Media, University of Westminster. She is member of the Leonardo Reviews Panel (ISAST/MIT) and the Drawing Research Network. Fratzeskou has gained an AHRC-funded PhD (March 2006) for creating new types of digital site-specific art, an AHRC-funded MA in Drawing and a BA (Hons) in Painting (University of Surrey/Wimbledon School of Art, London ). Her research leadership and contributions have included international interdisciplinary conferences, exhibitions, research events and publications with NY Digital Salon, Slade School of Fine Art, Venice Biennale, CADE, MARCEL etc. She has gained Awards of Excellence by the Greek Government and Chelsea College of Art & Design.