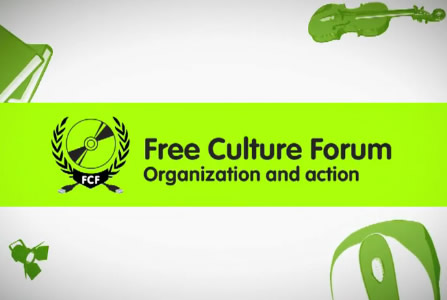 There is in motion the celebration of an International Forum on Free Culture and Knowledge from October 29 to November 1st2009 at Barcelona. This is the opportunity to join under the same roof and from a critical perspective, the main organizations and active voices in the free culture and knowledge world; a meeting point to sit down, dance and work together setting common agendas, strategies and address disagreements.

In this regard, the Forum is action-oriented. Besides that, there are the conditions to get the visibility to reach a wider public and point out another perspective about knowledge, culture and creativity,
different to the one that the entertainment industry and universities insists in showing us.

In January 2010, Spanish State will take up the European Presidency of the European Union. Spanish Government has already announced that one of their flagships will be reinforcing the control of the Internet and criminalizing the sharing culture in the digital environment. The consequences of those decisions will be noticed in the rest of the world. Furthermore, within this context, Barcelona is closing agreements with cultural institutions to set new agreements to get a fairer sharing of copyrights. These agreements will be spread to other institutions in Catalonia and Spanish State.

In October 29ththis year Barcelona will hold the Second Edition of the Oxcars Festival, an international event to honor the defense of culture and to show that other creation channels, as good and with as much quality as traditional ones, exist. The last edition was a success with more than 2000 participants. It brought the attention both of an interested public and of media. You can find more information about last year show at http://exgae.net/exgae-multiply-and-share-forth/theoxcars

In the Spanish State, there are very active organizations, movements and persons related to free culture from different perspectives, offering a very rich sharing space and a source of new proposals from where to launch an international process. In this regard, from several worldwide voices, like during the last World Social Forum (Belem do Para Brazil 2009) is recognized the necessity to create international spaces for networking, coordination and building of a global frame of the free
culture and knowledge issue, analyse similarities and develop common agendas; the Free Culture Forum of Barcelona aims to create such space.

What: Combine advocacy and building of infrastructure

The forum’ main objectives are on the one hand building networks to optimize the efforts of the different groups and fixing common demands against content’s industry and government proposals’ in its eagerness to control culture and information and to self-organize to build infrastructure to sustain free culture; and on the other hand reinforcing the self-organization of tools and infrastructure to support free culture. 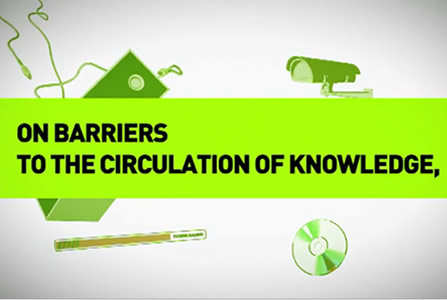 – October 30th: Panels presentation of key experiences from around the globe and discussion on the key issues.

– October 31th: Working groups around the key issues of the Forum and open space to meetings from participants initiatives.

– November 1st: Finish placing in common the results and initiatives from the meetings and working groups in order to identify a common future agenda and manifesto.

LEGAL PERSPECTIVES AND USERS ACCESS: From a legal point of view, we will try to identify holes and flexibilities in national regulations and International agreements to look for a strategy against the abuses of knowledge and culture policies both in private and contractual relations and against the international public policies.It is necessary to consider users rights before culture. Last years tendency has broken the balance between user and consumer rights and producer and creators which must be reestablished.

EDUCATION AND KNOWLEDGE MANAGEMENT: Opposed to the corporative approach to education, there is a new approach based on the idea of sharing and keeping up solidarity. New ways of managing knowledge created by public funded research and innovative research methodologies taking into account social movements as knowledge generators. It is also about taking advantage of the new educational tools and the dissemination of knowledge that Internet and digital culture have provided. Little by little, new initiatives for use and creation of materials without copyrights and proposals to extend limitations and exceptions to those rights with educational aims are emerging.

ECONOMIES, NEW P2P MODELS AND SUSTAINABLE DISTRIBUTION: Also for Economy, culture and knowledge management are basic. In the last few years, more and more voices are questioning the costs for society and its development of cultural and knowledge exploitation models that are based on exclusive rights with too long life span. Favored by the Internet, focus of economy has moved from property to access. Free Culture philosophy, inherited from free software is the empirical proof that a new ethic and new businesses based on knowledge democratization are possible. Intermediaries disappear and author becomes producer of her works.

FREE SOFTWARE AND KNOWLEDGE SHARING HACKER PHILOSOPHY: Even when the term hackers is usually used by media with negative connotation, around this movement alternative actions have been developed with a clear philosophy of defense of user’s rights from a perspective of a common conscience which promotes freedom of knowledge and social justice. Hackers movement have also build key platforms and tools for a free culture infrastructure.

ORGANIZATIONAL LOGIC AND POLITICAL IMPLICATIONS OF FREE CULTURE: Critically reflect on the emerging collective action organizational and democratic features related to free culture experiences (such as the remix culture, prosumerirsm, descentralised organizing and open and participative principles), looking to strains and weaknesses, and to discuss on their political implications and the emerging institutional logic. Furthermore, a critical analysis on the “dark” side of technology
and the risk linked to its uses, such as increase of surveillance, control and concentration of benefits over collectively generated value.