In search of the unknown 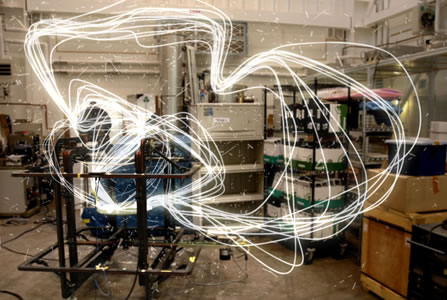 In “Search of the Unknown” is situated in a strange place, at an unfamiliar time, in the midst of visions of the future that pursue the present and the nightmare of there being no future at all. In the first exhibition of 2009 at Netherlands Media art Institute in Amsterdam, at a moment when the financial prospects for the world are most uncertain, the search for the unknown and unimaginable and the friction between past, present and future is central. The science fiction author J.G. Ballard even writes that ‘the present has annexed the future’. According to him ‘we learn to live thinking that everything happens at the same time.’

This friction between the past, the present and the undreamed-of is the starting point for “In Search of the Unknown”. In the works shown documentary, science, fantasy and (science)fiction rub elbows or even flow into one another. Works by Neil Beloufa, Mark Aerial Waller, Johannes Heldén, Ann Lislegaard, Heman Chong and Graham Ellarde & Stephen Johnstone uncover the tension between the future and the past in the present. Sebastian Diaz Morales shows images which, as a continuum of the present, could stand as signs of the future  in reaction to Ballard’s words above. Persijn Broersen & Margit Lukacs and Semiconductor take ‘scientific’ research into the still unknowable or inconceivable as their point of departure, and with ‘Radio Astronomy’ radioqualia lets us hear unfamiliar sounds from the cosmos.

Science fiction functions as one of the artistic instruments for the artists in the exhibition “In Search of the Unknown”. Science fiction in fact uses the means of the present to sketch a possible future  precisely a process which paradoxically makes that future into the present. At the same time, as a matter of course science fiction stories
about the future are overtaken by time and end up in the past (as has happened with Kubrick’s 2001: A Space Odyssey). 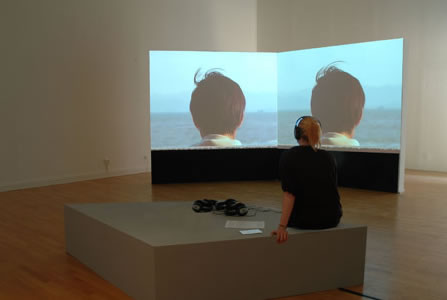 – Heman Chong, Kryptonite, 2008, from the series “Surfacing”, Courtesy of the artist and Vitamin Creative Space