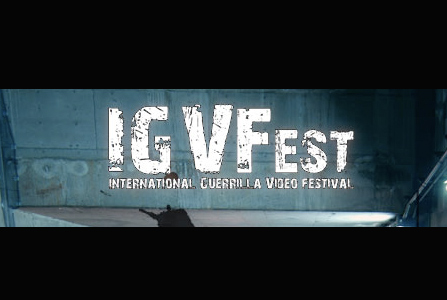 The Second Edition of the IGVFest comes to Milan

The mobile festival of video art travels to the zones of Corso Como, Chinatown and Isola. The videos of artists artists active in the area and international artists will be projected on the walls, streets, and squares transforming the city into a living screen. The International Guerrilla Video Festival (IGVFest) is a migratory festival that integrates video art with the urban and social environment.

The initiative was founded by the curator Jason Waite and had its first edition in Florence in 2006. One of the aims of the festival is to create a continuous dialogue from the videos into the community, focusing on lapses in the current framework such as an absence of communication or invisible components of the area. Open to local and international artists, the festival widens the panorama of the discourse to include the perspective of communities elsewhere that have parallel circumstances.

The 2008 edition in Milan will be located in three different zones of the city over three evenings, starting at 9:30 pm. The festival begins July 12th in Corso Como, then transfers to Chinatown (via Paolo Sarpi) on July 13th and concludes on July 14th in Isola. The International Guerrilla Video Festival (IGVFest) is a mobile festival integrating video art with the urban and social environment. The festival removes the technologically complex medium of video out of the institutional situation re-positioning it as open and reflexive in the public domain. The artworks have sitespecific thematic relations to the space where they are shown, engaging and reflecting upon the unique architectural, historical and interpersonal context of each area where the festival travels. 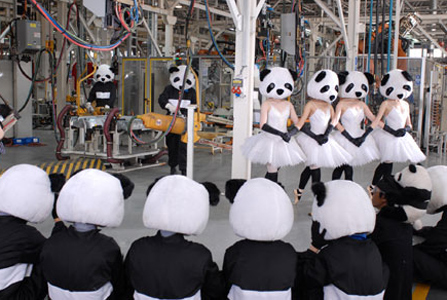 A self-contained, transportable GPU (Guerrilla Projector Unit) facilitates the incursions into the public realm. Transforming public space into a fertile ground for experimentation toward new possibilities in the relationship between art and society.

Festival Locations: The map with all of the festival sites and times can be downloaded from www.igvfest.com.

In the neighborhoods of Chinatown and Isola the festival will be accompanied by the trip-hop group ilmionomenonhaimportanza. The acoustic mobile set will intervene at the different sites with contributions by musicians based in the area.