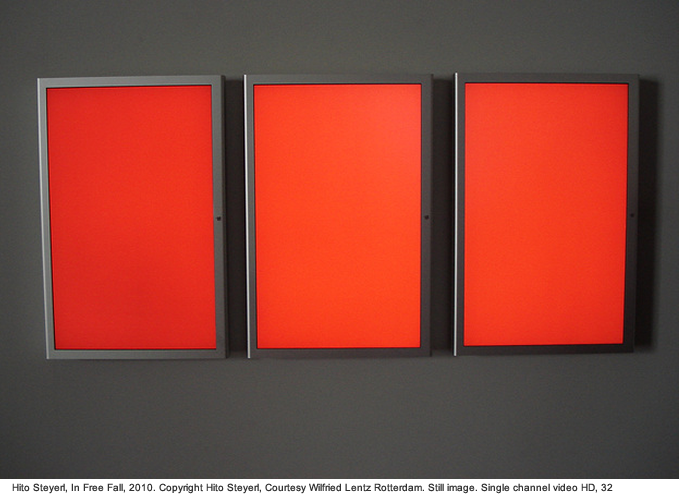 The first mid-career museum retrospective of the artist, writer and filmmaker Hito Steyerl (1966, München) is on view in ten rooms of the Van Abbemuseum’s old building in Eindhoven, NL. This comprehensive exhibition will include ten works from the past decade alongside three new pieces namely Liquidity Inc. (2014), Shunga (2014) and Surveillance: Disappearance (2013).

Steyerl is considered to be one of the most exciting artistic voices today, who speculates on the impact of the internet and digitisation on the fabric of our everyday lives. She offers an astute and often humorous analysis of the dizzying speed with which images and all kinds of information are reconfigured, altered and dispersed, and then over again, accelerating into infinity or crashing and falling apart.

In her filmic works and elaborate installations Steyerl implements the methods and means of the digital world to her will, deftly deploying montage adapting and riffing off a plethora of digital images suggesting new ways in which to intervene and engage. Steyerl as a filmmaker is very much aware of the increasingly difficult status of the documentary as genre and practice in the digital age, not quite fitting between cinema and television on one side, and an art space, museum or gallery on the other side. 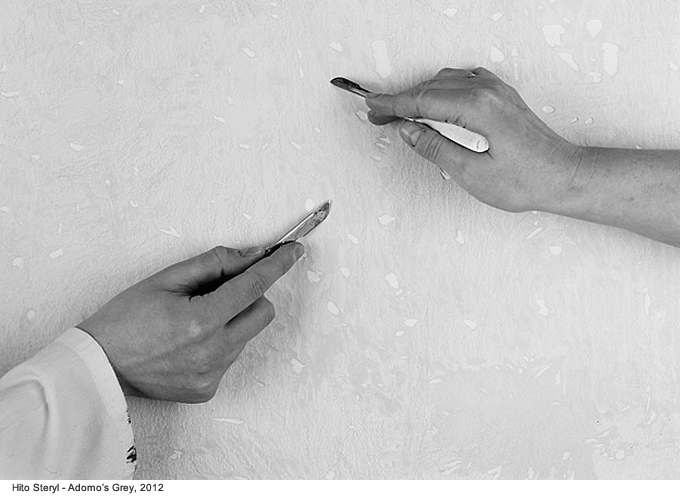 In a recent essay Steyerl focuses on the term “circulationism” as way of understanding the contemporary potential of art and the image. She suggests: “What the Soviet avant-garde of the twentieth century called productivism – the claim that art should enter production and the factory – could now be replaced by circulationism. Circulationism is not about the art of making an image, but of post-producing, launching, and accelerating it. It is about the public relations of images across social networks, about advertisement and alienation, and about being as suavely vacuous as possible.”

Steyerl wonders what happens when the effects of digitisation slip off the screen and enter into the material world. What happens to our thought patterns, our language and our behaviour? Or even the weather, for that matter? In her opinion we have long since entered into a new paradigm – a space of no return – a free flowing system of ‘circulation’ that circumscribes and influences everything from the government to love. Steyerl delves into these new conditions of circulationism and attempts to understand and reflect on its potential and impasses. Crucially, she remarks that circulationism, if reinvented, could also be about short-circuiting existing networks, circumventing and bypassing fixed regimes of power and money.

In collaboration with the architects at Studio Markus Miessen, the artist explores a system of physical circulation and encounter between the viewer and her art works through a series of very precise architectural inventions in to the space. This exhibition design interrupts a single reading of the works and a straight route through the exhibition. By doing this, the visitor is confronted with the materiality of the screen itself and one’s own embodied position as viewer. 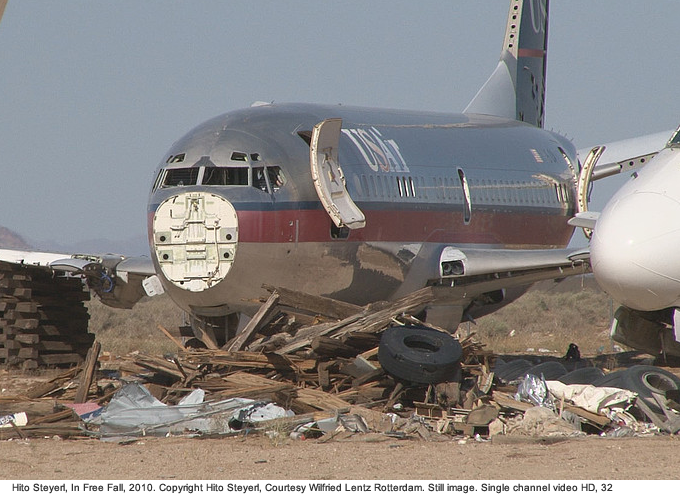 Too Much World, a collection of essays co-published by Sternberg Press, Van Abbemuseum and Institute of Modern Art Brisbane will accompany the exhibition. It will include texts by Hito Steyerl, Sven Lütticken, Pablo Lafuente, Thomas Elsaesser, Ana Teixeira Pinto, Karen Archey, Nick Aikens and David Riff. Too Much World is edited by Nick Aikens and designed by Bardhi Haliti. Following its presentation at the Van Abbemuseum the exhibition will travel to The Institute of Modern Art, Brisbane and other venues.

Hito Steyerl is a film maker, video artist and writer. In addition to different (solo)exhibitions, her work was shown at the 2013 Venice and Istanbul biennales, the 2010 Gwangju and Taipeh biennales, the 2008 Shanghai biennale, documenta12 in Kassel in 2007 and Manifesta 5 in 2004. She is a professor of Art and Multimedia at the University of Arts in Berlin.