Hygiene The story of a museum 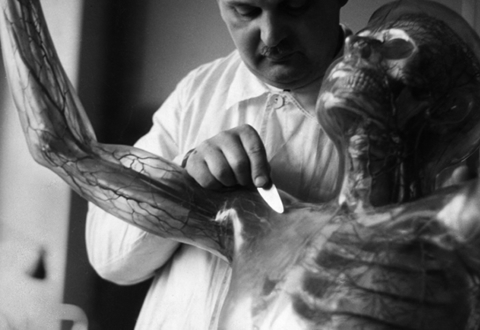 Marres, centre for contemporary culture presents its fifth exhibition in the context of the long-term program on the notion of the Avant-garde: Hygiene, the story of a museum.

The coming exhibition investigates the both fascinating and dramatic background of the notion hygiene. How did this word transform from a scientific concept into a global movement? How was it subsequently used by the National Socialism in Nazi-Germany and the socialism of the former DDR as an essential part of both ideologies?

Hygiene, the story of a museum approaches these questions through the history of the Hygiene Museum in Dresden. Founded in 1911 by the inventor of Odol mouthwash, this museum still represents a unique position. The museum does not necessarily collect art or design, but has actively contributed to the awareness of diseases such as TB and cancer.

Primarily, this museum has a social function—from information to prevention and education—and it presents the physical results of that function in the form of casts of skin conditions, promotional films and educational material, which have been produced and presented by this museum until ‘Die Wende’. The museum had the ambition to ‘reveal that which had hitherto been invisible’. Developing new exhibition models to reach broader audiences has been a primary point of interest, and the use of new technologies such as film has been of big importance in that ambition. 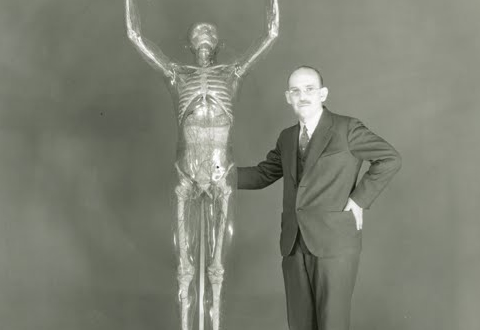 The unique, social role of this a-historical museum and the specific attention for the exhibition as medium to make the invisible still visible makes the Hygiene Museum a fascinating subject. Especially for Marres, which has been investigating the role of the museum, the collection, the exhibition and the artist, and has attempted to address these questions through the development of new exhibition models for several years as well.

The project arose in cooperation with the Hygiene Museum, which made several unique loans available for the exhibition. An example is the so-called Glass Man: admired as the symbol of the desire for a transparent body and reviled as the perverse outcome of rationalism gone too far. The exhibition consists of three so-called thoughtscapes, which through the use of several objects, films, printing material and texts approach the Hygiene Museum on three different levels:

Museum as Discourse focuses on ‘making the invisible visible,’ on striving towards transparency, which can be seen as a dominant ambition of the twentieth century. In Museum as Practice, the pedagogical strive for education on hygiene and the diffusion of scientific knowledge takes central place. Museum as Ideology offers insights into the meaning and the practical mission of hygiene in connection to the political and social-economical systems that characterize the Germany of the twentieth century.