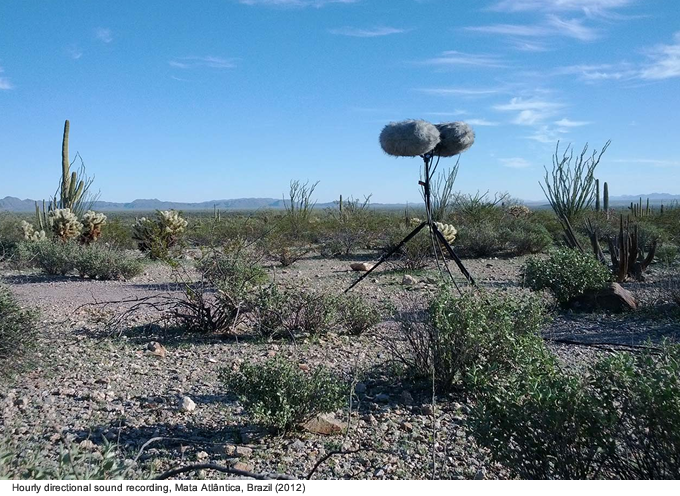 For a number of years, Mirra has been walking in different parts of the world as a means of generating works. Often the materialized aspect has been a kind of paced printmaking or terse field notes made at intervals over the course of the day, and in some cases, in collaboration with Karel, hourly location recordings. These works are nestled into a cycle of exhibitions that perpetuates the ongoing project.

For Hourly directional sound recording, Mata Atlântica, Brazil, Mirra and Karel stopped once each hour, using a compass to locate magnetic north. With microphones held at the ends of outstretched arms, they made two sequential one-minute two-channel recordings, the first with arms out to north and south, and the second towards east and west. At a distance from the microphones that increases each hour, the sound of a triangle, rung with a wooden mallet, indicates the direction of the path at that moment. The triangle sounds for one second in the first hour, two seconds in the second hour, three in the third, and so on, and at the start of the minute in the first hour, after seven seconds in the second hour, after fourteen in the third, and so on. These two-channel recordings were then paired for quadraphonic playback. 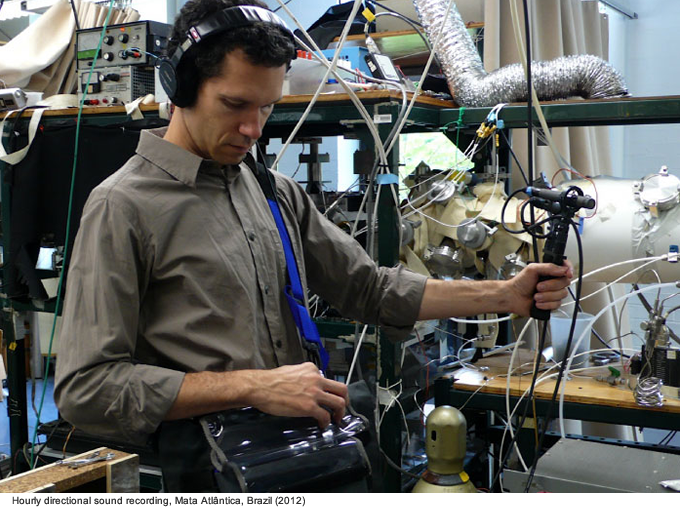 Hourly directional will be held at the List in conjunction with a solo exhibition of Mirra’s, which shares the same title and takes place in two parts at Radcliffe Institute for Advanced Study at Harvard University, the first in April 2014 and the second in April 2015.

The List and Radcliffe are together producing Edge Habitat Materials, 1995-2009, a book surveying Mirra’s work up to when the walking began, to be published by WhiteWalls Press and distributed by the University of Chicago Press, in addition to DAP.

Helen Mirra’s many solo exhibitions include shows at The Renaissance Society at the University of Chicago, Berkeley Art Museum, KW Institute for Contemporary Art, and Haus Konstruktiv, and she participated in both the 50th Venice Biennial and the 30th Sao Paulo Biennial. Mirra has received awards from the Louis Comfort Tiffany Foundation, the Richard H. Driehaus Foundation, and Artadia. She was artist-in-residence at the Consortium for the Arts at the University of California, Berkeley and at the Isabella Stewart Gardner Museum, and has been a guest of the DAAD Künstlerprogramm (Berlin), Office for Contemporary Art Norway (Oslo), Stiftung Laurenz-Haus (Basel), and Iaspis (Stockholm).

Ernst Karel’s audio work includes electroacoustic improvisation and composition, location recording, and sound for non-fiction films. Together with Pawel Wojtasik and Toby Kim Lee, he made Single Stream, a large-scale video and four-channel audio installation commissioned by the Museum of the Moving Image in Queens, New York in 2013. Since 1999 Karel has performed and recorded together with Kyle Bruckmann in the electroacoustic duo EKG. Films for which Karel has edited and mixed sound include Sweetgrass, Foreign Parts, Leviathan, and Yumen. His most recent albums composed with location recordings are Materials Recovery Facility, Swiss Mountain Transport Systems, and Heard Laboratories. 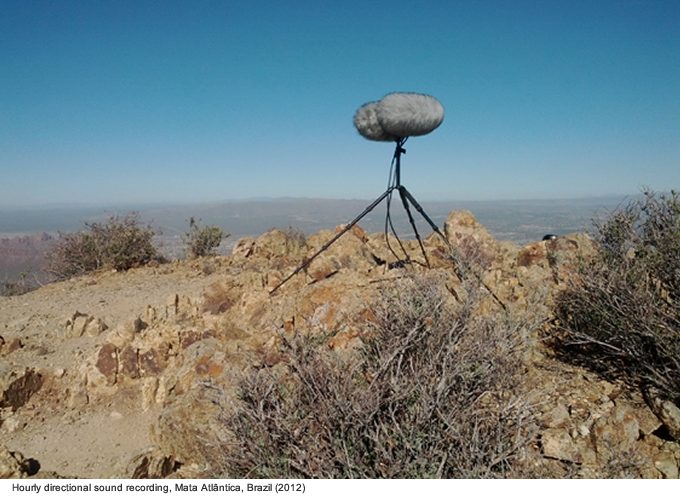 Support for this exhibition has been generously provided by the Council for the Arts at MIT, the Office of the Associate Provost at MIT, the Massachusetts Cultural Council, TOKY, the MIT List Visual Arts Center Advisory Committee, and the Friends of the List. Special thanks to Peter Freeman, Inc. New York/Paris.