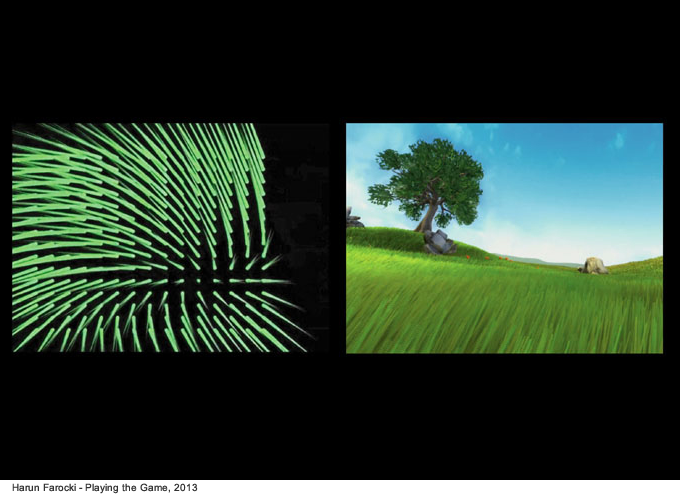 From April 12 to June 9, the Edith-Russ-Haus for Media Art is presenting Harun Farocki’s first comprehensive solo exhibition in northern Germany, Playing the Game.

The internationally celebrated filmmaker and artist is one of the most prominent representatives of experimental film in Germany. Alongside the most recent audiovisual installations from 2011 and 2012, Farocki will show other works whose themes complement one another in a special way. The Edith-Russ-Haus for Media Art offers the unique opportunity to view large-scale installations, such as the twelve-channel Workers Leaving the Factory in Eleven Decades, or the six-channel Feasting or Flying and War Tropes. Further important installations—On Construction of Griffith’s Films, I Thought I Was Seeing Convicts, his most recent work Parallel, as well as the two famous films The Expression of Hands and How to Live in the FRG—provide broad insight into his creative work and strike a retrospective arc from 1990 to the present on the theme of playing and the rules of the game.

The exhibition focuses on the relationship between technical images and the concept of games and playing by the rules, both in our society as well as in films and narratives. It becomes clear how he inimitably and frequently plays with the categories of documentation, fiction, and staging reality. 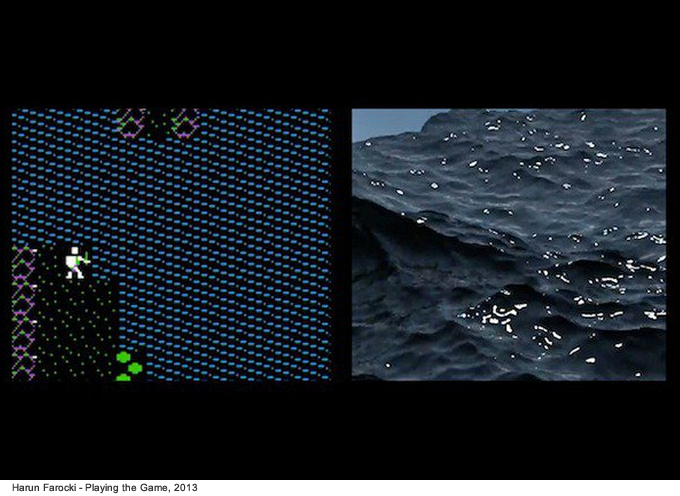 The exhibition is being accompanied by a German/English catalogue containing texts by Peter Geimer, Vilém Flusser, and Claudia Giannetti. Curated by Claudia Giannetti, Director of the Edith-Russ-Haus for Media Art

The artist, author, and filmmaker Harun Farocki (b. 1944, lives in Berlin) has made a name for himself at the interface between film, art projects, and installations and is currently one of the most important representatives of experimental and documentary film in Germany. Since 1966 he has realized more than one hundred productions for cinema and television and over twenty-five installations. His work was presented at Documenta 12 in Kassel, and in 2011–12 New York’s Museum of Modern Art mounted a retrospective of Farocki’s films. In recent years his works have been shown in numerous exhibitions and film festivals worldwide. Harun Farocki is an artist who addresses political, social, and cultural issues with an unmistakable style.