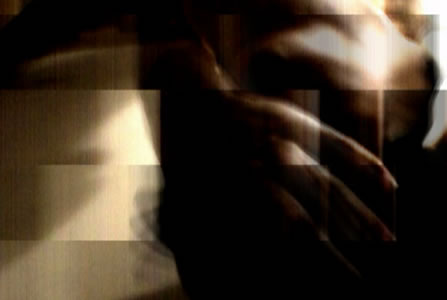 HAIP is International Multimedia Festival of Open Technologies and is organized by Zavod K6/4 – open multimedia center Kiberpipa from Ljubljana. The HAIP Festival puts on display multimedia art forms resulting from creative use of open technologies. HAIP is an acronym that stands for “Hack-Act-Interact-Progress”. The festival features individuals and groups with a critical approach towards the technologies that surround us and shape our everyday environment. They generally use open technologies, either as a practical or an ideological choice. Modern practices of technology and creativity often refer to diverse possibilities and choices at the individual’s disposal – everybody is involved in the social progress and development.

The main line of presentation will focus on new art of free digital media – and the new media content that enabled it in the first place – while laying special emphasis on technical and legal aspects of new digital media with free access. The theme of the third biennal festival is Hacktopia and was selected with regards to the current time of political involvement in the changes of national strategies regarding the digitalization of mass media and the significant political, contentual and creative consequences thereof.

The focus tries to question the results of the actual practice of opensource-technology-supported creative media art and the dimensions of the freedom of expression inside it. Furthermore, it questions the (un)real, (un)realistic and (un)realized possibilities that are brought forth by the opensource and copyleft movements for the extent of justice, creativity, interactivity and progress of the sociotechnological society. The core question is: hacktopia at the continuum of utopia and dystopia. We can draw paralells between closed and open source. Where is the freedom of artistic expression in open source media? Last but not least we will try to open the arising questions of how can we hack the paradigms of society.

Festival will take place on several locations in Ljubljana featuring exhibitions and installations, performances, public space interventions in the centre of Ljubljana, lectures, club night and round table. 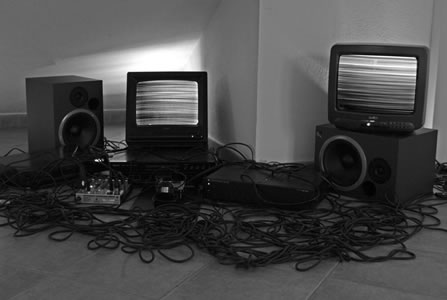 – At 19.00: opening of the exhibition at Gallery Vaigalica (the exhibition will last until November 9th). The following projects will be presented:

S23X is a modified city bus. The bus will drive from Bolzano to Ljubljana. The Pirate Bay and Piratbyran are on an exodus from the unfriendly waters of Italy, where their modified Stockholm city bus was hosted by Manifesta 7 following a long ride of escalating privileges from Stockholm to the Sudtirol. System 23 Exodus makes the first stop on its way to the Oktobarski Salon in Belgrade at the HAIP festival. In Ljubljana, S23X will engage in a series of technical disruptions and/or failures, including the opening of HAIP, leaving in its path a 2-way connection to the future.

– At 21.00 in Caffe Metropol and Kiberpipa the second exhibition opening will take place (the exhibition will last until November 9th). The following projects will be presented: