Hacktivism: The Art of Practicing Life and Computer Hacking for Feminist Activism 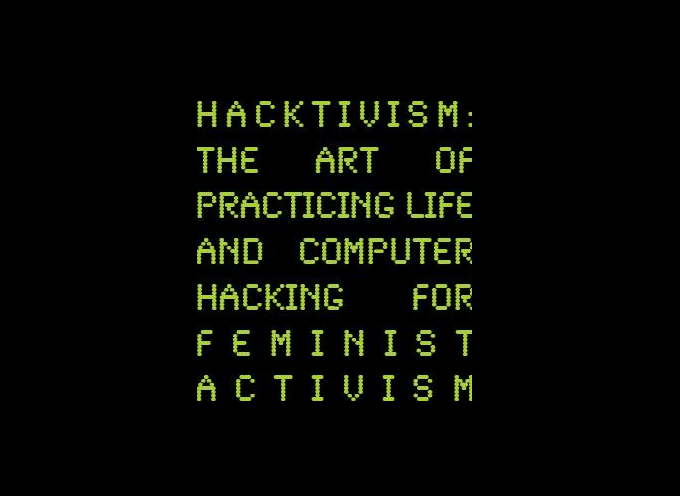 Life is hacking. And hacking is the art of constantly learning about the artifacts that surround us throughout our lives. For instance, a child practices hacking all day long by touching, exploring, tasting, smelling, breaking things. A child approaches every leaf, piece of wood or spinning-top with a sense of curiosity and concentration. This is the art of practicing Life through hacking as a value and a principle of learning and doing.

Contemporary mass media repeatedly sends the message that the act of hacking is associated with malicious users who break into computers and steal information. Those sources repeat that computers – hardware, software, electronics – are the domain of “super users.” Male users. Experts. They project hacking as a fun activity, as a way of life, as a set of practices that require a particular intelligence, possessed by very few.

In this 27th issue, the .dpi team is challenging the notion of hacking as a term strictly associated with computers and security. The topic is opened by inviting feminist scholars and artists to offer a vision of hacktivism, that is, hacking with an aim. By doing so, we want to encourage feminist approaches to hacking, interrogating and interlinking disciplines that do not always logically go together. Indeed, the present themed section brings together digital artists, art performers, feminist activists, and interdisciplinary scholars. The texts we are presenting cover transformative subjects ranging from biohacking to body hacking, from coding to dancing, from hackerspaces to safer spaces, from self-care to hacking with care. 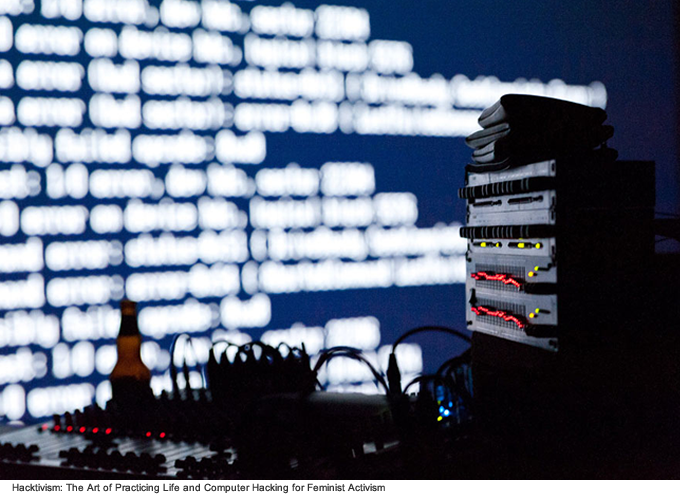 Hacking the body is Marta Heberle (/technologically-empowered-body-weapon)’s focus, offering an understanding of “biomedia” – flesh transformed into data and subsequently data transformed into flesh. Heberle offers readers the possibility for the body to regain control over its own information, calling the process “biohacking” and opening the “hermetic domain of biotechnology.”

Margaret J. Mather (/exposing-inner-workings-interview-nancy-mauro-flude) offers an interview with Nancy Mauro-Flaude, an Australian artist, researcher and hacker, regarding her dance performance called Error_in_time. Mauro-Flaude uses lines of code to de/encrypt body movement. She explains how software, apart from technical artefacts, can and should find its place in art and crafts.

For feminist scholar Sophie Toupin (/feminist-hackerspaces-safer-spaces), there is a growing need for hackerspaces to work towards becoming safer spaces – ones that are built on the shared values of the participants. Using the example of feminist hacker counter-culture, Toupin applies a feminist approach to learning and hacking, thus inviting more diverse members and amateurs to join in the art of hacking technologies.

“Hacking with care,” an essay written by sociologist and art performer Anne Goldenberg (/hacking- care-attention-bien-%C3%AAtre-et-politique-de-l%E2%80%99ordinaire-dans-le-milieu- hacktiviste) is a reflection on the physical and psychological self-care of hackers and hacktivists, as well as on the problems of exclusion and sexism often found within hacker communities.

Programming and computer processes are at the heart of the artwork of Swiss artist Valentina Vuksic. In an interview with .dpi’s Amber Berson (/processes-play-dpi%E2%80%99s-amber- berson-interviews-valentina-vuksic), Vuksic tells us about her passion for making sound effects with computer programs and operating systems, and linking those to more complex questioning about technology, its uses and effects on people and the surrounding environment. 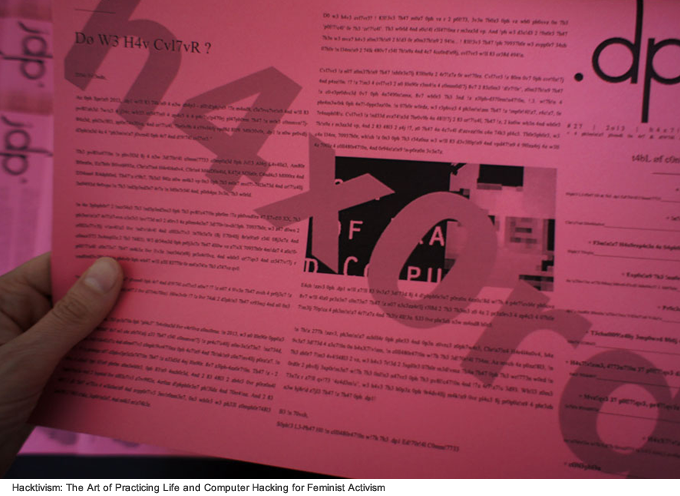 In “Hacktivisme et après”, .dpi’s Julie Alary Lavallée (/hacktivism-and-then-interview-edith- brunette) dialogues with artist Edith Brunette about her artistic works situated on the edge of legality. We learn about the obstacles she has had to face and the way her projects involve collaboration and re-appropriation of communication by communities, thus challenging the monopoly of discourse (who has the right to speak and who has the right to act).

The final piece of the themed section of this issue is an intervention called “.dp!” by Danish designer Linda Hilfling (/dp). Hilfling’s creative project consists in pirating the 27th.dpi issue on hacktivism, and re-writing it in a simple cryptographic language leetspeak. Hilfling’s playful method reminds us of the beginning of hacking, offering an alternative way of perceiving technology, hacktivism, and the representation of the .dpi online journal.