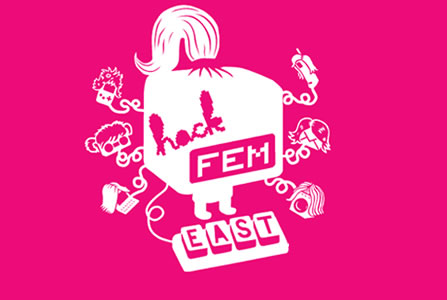 A project of Tatiana Bazzichelli and Gaia Novati sponsored by Hauptstadtkulturfonds and with the support of Institutes für Auslandsbeziehungen.

The exhibition project HACK.Fem.EAST seeks to present experimental and artistic practices of artists and activists working in digital networks in Eastern Europe. Main topics are media, art and hacking. Main protagonists are women or projects in which women play an important role. Aim of the project is to provide and to develop a network platform. This is achieved through five elements: the exhibition, the opening event, two days of conferences, a publication in newspaper format and a website.

Central idea is to involve women artists to develop independetely their concept in each of the 14 rooms of the Kunstraum Kreuzberg / Bethanien and be part of the network formed by the all groups and arstists/activists participating. Existing networks from 11 Eastern countries are at the heart of the project and form the basis of the
exhibition. A total of 11 networks are invited to the various rooms of the Kunstraum Kreuzberg /Bethanien to introduce their work, their strategies and their aims in the form of video and computer installations, documentations and presentations. The result is a “network of networks”.

A two day long conference on 10 and 11 May held at the outset of the project intends to bring the lines and networks together and discuss on women perspective in the Eastern cultural scenario. Its aim is to provide a forum for a form of politics based on radical invention – media and Internet art projects, performances, network platforms,
software development, artistic coding, organisation of media festivals, etc. 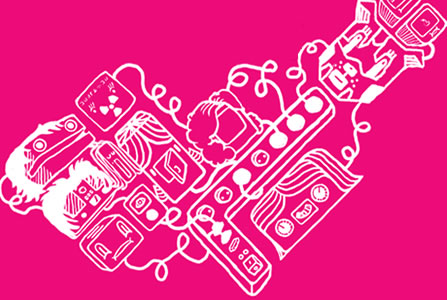 More information on the exhibition are published on the NGO-supplement of taz, the Berlin daily newspaper, in an edition of 30.000 copies to coincide with the exhibition opening (9 May 2008). Another integral component of the project is the website, with an up-to-date and open presentation of the project’s processes and developments, summarizing them and putting them up for discussion.