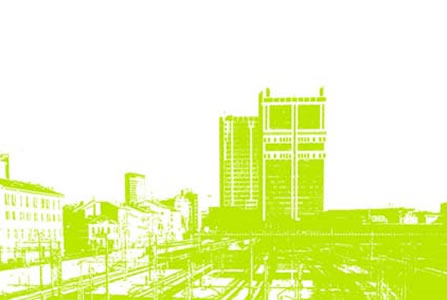 As part of the Fuori Salone 2010 (14th-19th April), aMAZElab presents the eighth edition of the GREEN ISLAND event, dedicated to urban green spaces, territory and biodiversity.

The project consists of creating a beautiful and colourful ‘orchard’ designed by the Dutch Architect Ton Matton, who took part in the 2008 Venice Biennale, to be situated in the main hall of the Garibaldi Railway Station during the week of the Salone del Mobile.

The installation is made up of dozens of fruit trees planted in coloured pots and maintained with a special self-feeding system devised by the Dutch designer. This creates a sort of indoor green area, a little wood, a fully-functioning urban orchard (the fruit may be picked by passengers) as well as metaphorically creating the idea of the Station as an ‘agora’, a space of sharing, meeting, exchange and cultural ‘nourishment’.

The project is part of the poetic idea of the ORTI D’ARTISTA (‘ARTISTS’ VEGETABLE GARDENS’), a broader circuit linked to the FAO and the themes of Expo 2015 in Milan, together with a network of 30 other Milanese artists and associations, guided by the ‘Arte da Mangiare c/o Società Umanitaria Milano’ (‘Art to Eat c/o the Milan Humanitarian Society) association. 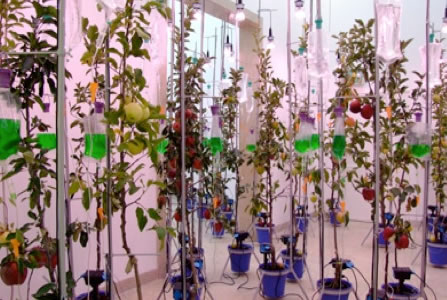 In the ISOLA neighbourhood, a series of handicrafts and creative workshops, dedicated entirely to the theme of recycling and sustainability, will form part of this year’s Green Island initiative. There will also be displays of art and design works in the shop windows along the road, not to mention performances, exhibitions, tastings of typical dishes and low food miles specialties.

Workshops will also be held for students on the theme of social design, green areas and urban vegetable gardens under the guidance of theorists and specialists in the field.

Green Island is one of the promoters of the project: FUORI SALONE ISOLA a network of art, creativity and commerce in the ISOLA area.