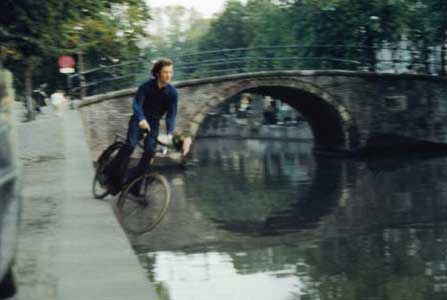 TELIC Arts Exchange becomes a lab for the production of a new genre of art from March 1 through April 26. In light of recent cultural developments, video art, performance art, and conceptual art no longer seem like esoteric, avant-garde enterprises. Social networking and content distribution platforms, such as YouTube, suggest that these forms are becoming normative modes of public address and interaction.

Gravity Art, curated by filmmaker Rene Daalder, is an exhibition that retroactively proposes a genre based on the idea of gravity as a medium. Operating in relation to Daalder’s documentary on Bas Jan Ader, Here is Always Somewhere Else (which will be screened at TELIC on March 15, March 29, and April 12) and his website basjanader.com, this exhibition brings together several generations of conceptual artists through the unlikely, but perfectly obvious conceit of gravity.

One dominant theme of Gravity Art is an interrogation of the legacy of Bas Jan Ader, the conceptual artist from the Netherlands who found himself in various art schools in Southern California in the late 1960’s and early 1970’s. The exhibition itself follows this trajectory: an exhibition at De Appel co-curated by Daalder in Amsterdam called Gravity in Art was a point of departure for this show at TELIC; many of the artists are Dutch; and Daalder himself emigrated from the Netherlands to Los Angeles around the same time as Ader. 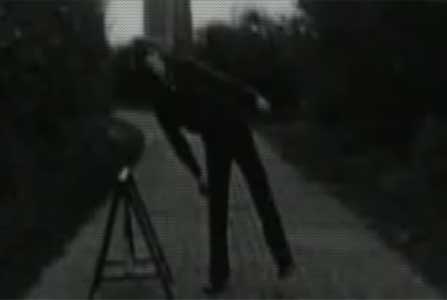 This exhibition is made possible in part with support from the Mondriaan Foundation, Amsterdam, the Consulate General of the Netherlands in New York, The Andy Warhol Foundation for the Visual Arts, and basjanader.com.