Google Wars An Island of Doubt 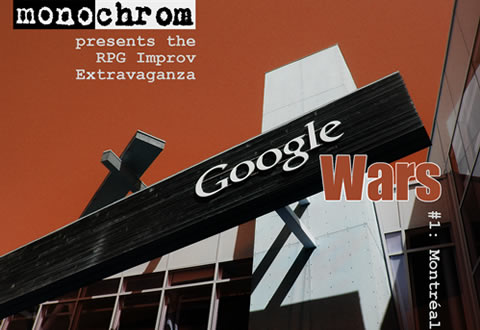 The 90-minute performance will feature Johannes Grenzfurthner, member of the Austrian art collective monochrom, as the Game Master, and four Montrealers from the creative scene as improvisational players. Local illustrators will “live draw” the imaginary scenes and characters, in real time. In contrast to traditional Pen&Paper RPGs, the rules will be quite simple, and in some situations completely replaced by a spontaneous storytelling process. After all, it’s entertainment!

GOOGLE WARS: The History of the World (so far)

Increasing tensions between China and Google escalated in June 2011, as the People’s Republic started attacking the company’s headquarters in Mountain View, California (USA), with long-range warheads.

The so-called “Google Wars” (June 2010 to March 2012) engulfed the whole world in a chain reaction. Within a few months, large swathes of land are destroyed and rendered barren, devoid of all life. Europe, Asia and America suffered terrible losses. The war expanded to Africa and Australia as the warring states squabbled for resources in the global financial meltdown. All major cities as well as 95% of the population were eradicated in the tactical nuclear infernos unleashed by the once sleeping hydra humanity had engendered.

In the aftermath, the world, devoid of any controlling power, slowly started to rebuild society. The postapocalyptic peoples concentrated on the few remaining intact agricultural areas in Central Europe, North America and Africa. 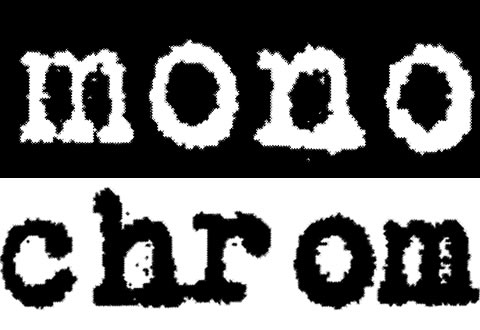 Because of extreme economic irrelevance, Montreal is spared the woes of war. As the last remaining (somewhat) intact city of the North American economic sphere, it rises to a beacon of semi-civil civilization. In 2014 Quebec annexes the North-Eastern remains of the United States, now jokingly called “Les Etats-Devores”.

In order to establish “lingual homogeneity”, French is imposed by force. Charles L’Heritier, the winner of the 2009 Joual poetry slam, is appointed “State Linguist”, an office and title that gives him far-reaching powers. Resistance, although scarce, is still present, mainly because of the national anarchist group calling themselves “Ground Zero 2.0”.

It is summer of 2021. Life in Montreal strolls along on its path. The radioactive rain is a bit of a nuisance, though. Especially for maple syrup.

monochrom is an international art-technology-philosophy group, founded in 1993 in Vienna, Austria. monochrom is known for its left-wing political work/civil society work. The group’s website (monochrom.at/en/) functions as a collaborative digital art community.

monochrom has: started an illegal space race through Los Angeles, buried people alive in Vancouver, released a leftist retro-gaming project, established a 1 baud semaphore line through the streets of San Francisco, and cracked the hierarchies of the art system with The Thomann Project. In Austria they ate blood sausages made from their own blood (in order to criticize the grotesque neoliberal formation of the world economy). They host the first annual (and inevitably, leading) festival of cocktail robotics, and organize a conference about sex and technology. Sometimes they compose melancholic pop songs about dying media. They do international soul trade, phat zines, propaganda camps, epic puppet theatre, aesthetic pregnancy counselling, food catering and — sorry to mention — modern dance.