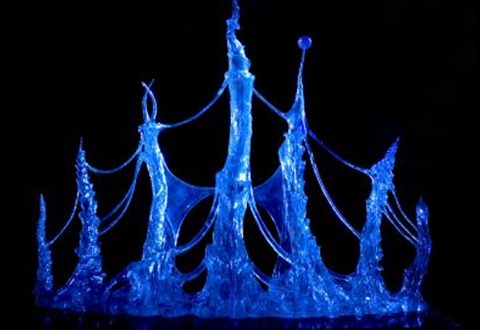 A retrospective exhibition by Gina Czarnecki, award-winning artist featuring new commissions and other works being shown in the UK for the first time.

Ground-breaking new media artist, Gina Czarnecki makes films, installations, public art works and sculpture which emphasise human relationships to disease, evolution and genetic research. Her work is influenced by the arena of biomedical science and it explores notions of belief and thresholds of perception. Czarnecki is interested in the possible corruption of the human genetic mix, and her works raise significant questions about developments in the ‘life’ sciences and changes in culture, society and language.

Over the last three decades Czarnecki has worked in collaboration with biotechnologists, computer programmers, dancers and sound artists to create works which confront issues surrounding the convergence of biology and technology. She specializes in advanced technologies and elaborately orchestrates sounds, visuals and physical materials. Through sampling, generating and re-processing images and sound, Czarnecki transforms gallery spaces to create unique, immersive experiences.

The exhibition features several film installations including the UK premiere of Contagion, a large-scale, interactive work that explores parallels between biological infection and the spread of information, knowledge, rumour and myth. Another film Infected poses questions about the physical body in the context of future technological possibilities seen through dance and manipulation. 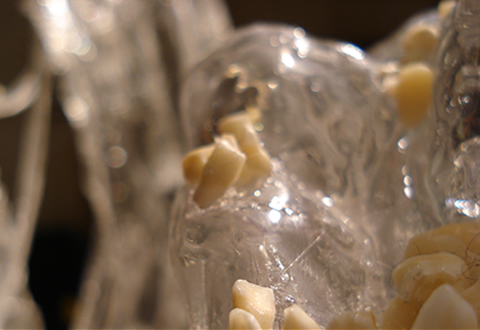 Significantly the exhibition introduces Czarnecki’s latest works. Wasted is a series of sculptures that explore the use of human tissue in art, the life-giving potential of ‘discarded’ body parts and their relationship to myths and history. The works draw attention to timely concerns such as stem cell research and issues surrounding the process of informed consent.

Co-commissioned by the Bluecoat and Imperial College London, Palaces is a resin sculpture and participatory artwork made from thousands of milk teeth donated by children around the UK. Palaces will tour to the Science Museum, Imperial College and the Centre of the Cell, London in 2012, and the Herbert Art Gallery & Museum, Coventry in 2013.

Gina Czarnecki’s work has been exhibited internationally at major museums and festivals including the Natural History Museum, London, Australian Centre for the Moving Image, Melbourne, Adelaide Film Festival, and Ars Electronica, Linz. She won the prestigious Creative Scotland Award in 2002 for work on her interactive installation Silvers Alter, a Fleck Fellowship with the Banff Centre, Canada in 2004, and a Wellcome Trust Sci–Art Award in 2005 for production of Contagion. She has been working as artist in residence with the Liverpool School of Tropical Medicine in collaboration with Imperial College, London, to research and create the new work presented in this exhibition. Gina Czarnecki lives and works in Liverpool.