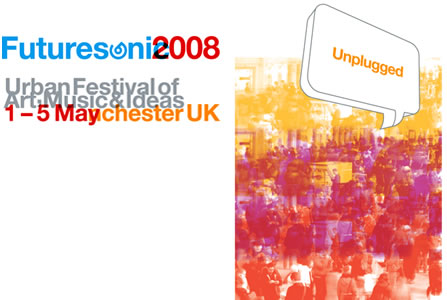 An annual festival of art, music and ideas, which is currently in its 12th year, Futuresonic occupies the orbits of both music and digital culture. It will run from1st to 5 th of May, featuring. 5 days and nights of live music, art premiers, exhibitions, club nights and events featuring a world-class programme of over 300 artists, musicians and mavericks in 30 venues and spaces across Manchester city centre. Extending the focus in recent years on presenting artworks in unexpected city spaces, and on social art and social technologies, the 2008 theme is The Social – Social Networking Unplugged.

The Futuresonic Conference: The Social Technologies Summit will explore Social Futures, involving leading figures from the world of social software plus thinkers, developers, creatives and critics from diverse fields. The Futuresonic exhibition goes Unplugged, featuring artworks across the city, creating spaces for social interaction and giving a sideways glance at the world of web 2.0.

Computers have become social interfaces for sharing digital media and collaborating to build online communities and folksonomies. Some technologies are more social than others. Social technologies are bottom up and many-to-many instead of one-to-one or one-to-many. They can include technologies created and maintained by social networks, such as communities of developers and users working collaboratively with open source tools.

At the same time we see how electronic communication can isolate us, as more and more people drown in a deluge of email that generates stress, even reducing IQ. Additionally, ‘online communities’ are based upon an artificial equivalence between ‘users’ which obscures power relationships and issues of ownership. The festival and conference will explore the new social spaces and the social implications of technologies for the many different kinds of people who make, use and are affected by them.

This runs much deeper than online social networking websites alone. When you use your credit card, you are using a social technology. Each time we buy something we let the company know where we are and what we are buying. An electronic profile is created for each one of us and the aggregated information is used to shape services and select the products on the shelves. This in turn shapes the choices available to us, and the society we live in.

The city is also being transformed. In one moment we can be sat on a bench, logged on to a wireless node in the park, and roaming through the virtual space of the internet, chatting intimately to people many thousands of miles away. The nature of the public sphere, as a place where people can congregate and meet, is changing. We need to conceive of new kinds of architecture, where a fleeting experience of city space is entangled with the folksonomies of the web.

Futuresonic plans to pull out the plug in order to take the new social spaces apart, see how they work, and put them together in new ways. It will explore the seam between open source culture and the public sphere in the city, and in a return to the pioneering early days of the internet, people will be able to build their own spaces to meet, hang out and chat.

In all parts of the globe people are seeking to open up or hold onto places to meet and communicate freely, online and offline. In India we see emergent kinds of community media, in South Korea new social uses of the mobile internet, and in Brazil the spread of ‘cultural hotspots’.

Digital culture burns bright with a vision of being not in isolation but in groups, placing the relations between people first. Beyond the hype lies ever greater isolation and conformity. (txt: Drew Hemment – Artistic Director) 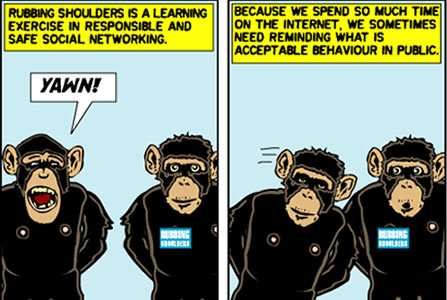 The first major art exhibition worldwide on social networking will transform Manchester into the most sociable city on the planet. Featuring newly commissioned artworks in free exhibitions and happenings all over Manchester .

Venues across the city

The world-renowned music strand is proud to present Wu-Tang Clan’s The RZA as Bobby Digital and seminal art punk pioneers Wire. Just two of many acclaimed musicians and artists performing at this year’s festival.

Futuresonic 2008 also features The Futuresonic Social, a free festival space inside and outside Contact Theatre featuring live music performed all weekend, artists serving cakes and tea, a surround-sound cinema in a family caravan and more, and EVNTS, a festival-within-the-festival featuring 30 events city wide.