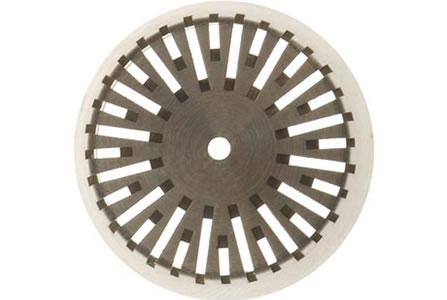 Chisenhale Gallery is pleased to announce a major solo exhibition by Florian Hecker, his first in a UK public institution, comprising a new installation of sound pieces co-commissioned by Chisenhale Gallery, London and IKON Gallery, Birmingham. Hecker’s new commission continues his investigation of sound in relation to the body and space, employing idiosyncratic psychoacoustic propositions in order to examine and disrupt spatial perception.

At Chisenhale Gallery Hecker will present a series of four independent, electro-acoustic works that lead the visitor around the gallery space, where each work exposes a fault line in the traditional categorizations of auditory events, auditory objects or streams. The works range from a 5-channel piece where the perceptual organization of a sequence of tones changes according to the position of the visitor to an apparently monophonic piece in which a single, directional loudspeaker points towards a tiled section of the wall; here, the localisation of the emitted sound oscillates between the speaker and the reflective white surface.

2 x 3 Kanal (2 x 3 Channel, 2009) consists of two separate 3-channel pieces, which rotate simultaneously – one clockwise, the other counter clockwise – around the three speakers. A seemingly ever upward moving sonic structure alternates with a sequence of tones illustrating Diana Deutsch’s ‘Tritone Paradox’. The 2-channel piece, Magnitude Estimation (2010), features a voice reading the loudness values of a given sound. These same utterances are emitted synchronously from an opposing loudspeaker, creating an auditory chimera while doubling the voice, the signification and the measurement of what one hears.

The display of loudspeakers – either suspended from the ceiling or wall-mounted – creates a multimodal amalgamation of auditory and spatial components, constructing an invisible architecture within the gallery, where boundaries are demarcated by the transitions between one sound work and another. 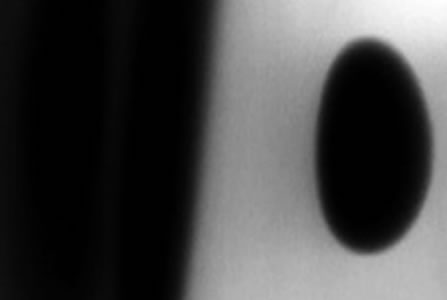 Hecker was born in 1975 in Kissing, Germany. Working in performance, studio and installation, he frequently collaborates with academic researchers in auditory perception and computer music, as well as with other artists such as Aphex Twin, Russell Haswell and Cerith Wyn Evans.

Thursday 18 March, 7pm Robin Mackay, philosopher and editor of the journal Collapse, discusses how Florian Hecker’s engineering of perception-as-hallucination invokes a fundamental philosophical question that haunts the scientific discipline of psychoacoustics: What is an (auditory) object?