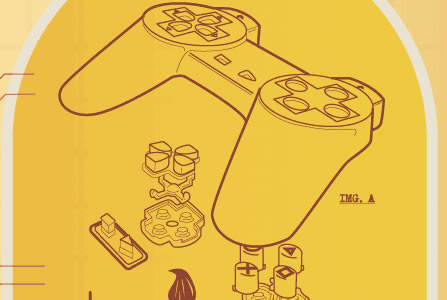 Video games extend beyond the gaming console into nearly every aspect of contemporary life. They are fun. They drive innovation, consumer engagement and employee productivity. Is our culture turning everything into a game?

Video Games have had a greater impact on narrative form than any medium since film. They are altering our experience of both virtual and physical space. Gamespace is everywhere and nowhere (McKenzie Wark, Gamer Theory ). In Video Game Spaces: Image, Play, and Structure in 3D Worlds, Michael Nitsche introduces five analytical layers – rule-based space, mediated space, fictional space, play space, and social space.

How do artists and game designers use these spaces in their creative practice? How does structured play impact our engagement with other people, both online and in urban space? What are the political and cultural implications of gaming practices?

Asi Burak co-founded ImpactGames to influence society and promote change through interactive media. The company has developed the internationally acclaimed PeaceMaker video game that sold more than 100,000 copies in over 60 countries. Their current project, PlaytheNews, was publicly launched in Spring 2008 and already garnered interest from top-tier media partners. Asi has been interviewed by international media and is recognized as a thought-leader in this space. He and his partner Eric Brown are often asked to speak at conferences and institutions including The Sundance Film Festival, The Serious Games Summit, Games for Change, The Skoll Forum, Aspen Idea Festival, The US Army War College and many others. Prior to that, Asi was VP of Marketing at Axis Mobile, Art Director at Saatchi & Saatchi and a Captain in the Israeli Intelligence Corps. He holds a Masters of Entertainment Technology from Carnegie Mellon and a BA in Design from the Bezalel Academy in Jerusalem.

Adriana de Souza e Silva is an Assistant Professor at the Department of Communication at North Carolina State University (NCSU), and the director of the Mobile Gaming Research Lab (http://mglab.chass.ncsu.edu). She is also a faculty member of the Science, Technology and Society Program at NCSU. In 2004/2005, she was a Senior Researcher at the UCLA Graduate School of Education and Information Studies (GSE&IS) at CRESST (Center for the Study of Evaluation). Dr. de Souza e Silva holds a Ph.D. on Communication and Culture at the Federal University of Rio de Janeiro, Brazil. From 2001 to 2004 she was a visiting scholar at the UCLA Department of Design | Media Arts. Dr. de Souza e Silva’s research focuses on how locative mobile interfaces change our relationship to space and create new social environments via media art and hybrid reality games. She holds a Masters degree in Communication and Image Technology at the Federal University of Rio de Janeiro, Brazil.

Australian artist Anita Fontaine is internationally recognized for working in real and virtual worlds using technology and other media. She has also worked as a games artist at EA, a researcher at the Banff New Media Institute and currently holds the position of interactive art director at the award winning ad agency Modernista! Creating installations, location based experiences, games, the internet and cinema, her work expands the parameters of new media and the moving image. One of her most internationally acclaimed works is the hypercute videogame modification CuteXdoom (2005), which explores our global culture of consumerism in particular the obsession with cuteness and Japanese Kawaii culture. Anita’s Ghostgarden (2007) is a compelling location based cinema project using new technologies and GPS to bring a modern fairytale to life inside garden environments. Exhibited at the Sydney Festival in early 2008, visitors to the Sydney Botanical gardens could borrow devices from a refashioned Victorian cart, enabling them to explore and unravel an animated lovestory set within the botanical landscape. Recently Anita was commissioned to construct a fantastical architectural vision inside Second Life. In August 2008, Technocolor, the Harlequin Lodge was launched inviting Second Lifers a change to engage in an overwhelming sensory treat. Most recently Anita completed the second chapter in the CuteXdoom series and the installation is currently being exhibited at the Gallery of Modern Art in Australia as part of the National New media art awards. She currently lives and works in Amsterdam.

Jesper Juul is a Video Game Researcher at the Singapore-MIT Game Lab in Cambridge, MA. His research interests include video game history, games and storytelling, and game design. His book Half Real: Video Games Between Real Rules and Fictional Worlds was published by MIT press in 2005. He continues to write The Ludologist, a blog on video game theory. His new book on the rise of casual video games title “A Casual Revolution” will be published by MIT Press in 2009.

Friedrich Kirschner is a filmmaker, visual artist and software developer. He re-purposes computer games and realtime animation technology to create animated narratives and interactive performances. His work has been shown at various international animation festivals and exhibitions, including the Laboral Gameworld exhibit in Gijon, the American Museum of the Moving Image in New York, the Ottawa international Animation festival and the Seoul Media Art Biennale. He currently works as an independent researcher and is the director of the Machinima Filmfest in New York.

Marcin Ramocki was born in 1972 in Krakow, Poland. He received his BA from Dartmouth College and MFA from the University of Pennsylvania. Marcin is a new media artist and independent curator based in Williamsburg Brooklyn. His works have been exhibited at MoMa, Hirshhorn Museum, Pacific Film Archives, White Box, Anthology Film Archives, Artmoving Projects and many more. Recently Marcin directed his first feature documentary “8 BIT” which premiered at the Museum of Modern Art NYC. he is also the founder and of vertexList space in Brooklyn. Currently, Marcin teaches New Media at Jersey City University.

Jason Rohrer is an independent game artist, programmer, and critic. With game designs that explore complex and subtle aspects of the human condition, his work has bolstered the acceptance of games as a serious art form. Rohrer’s games have been shown at festivals and art exhibitions in Park City, Toronto, Montreal, Pittsburgh, Los Angeles, Seattle, and Lleida, Spain. His 2007 release, Passage, received widespread industry and critical acclaim, with God of War creator David Jaffe calling it “one of the most emotional video games I’ve ever played” and Wired’s Clive Thompson writing, “More than any game I’ve ever played, it illustrates how a game can be a fantastically expressive, artistic vehicle for exploring the human condition.” His 2008 release, Gravitation, won the Jury Prize at IndieCade. Rohrer was selected, along with 27 other innovators, for inclusion Esquire’s December 2008 “Genius Issue”. Rohrer lives with his spouse and two children in the rural town of Potsdam, New York, where they pursue a simple, frugal lifestyle.

Mushon Zer-Aviv is a designer, an educator and a media activist from Tel-Aviv, based in NY. He is interested in challenging the perception of territory and borders and the way they are shaped through politics, culture, globalization and the World Wide Web. His work explores media in public space and public space in media. He is the co-founder of ShiftSpace.org, YouAreNotHere.org, Shual.com, the Kriegspiel computer game and the Tel Aviv node of the Upgrade international network. Mushon teaches new media research design in NYU and in Parsons the New School of Design. 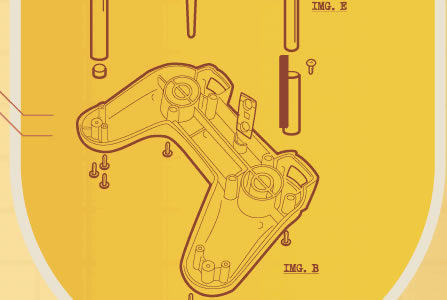 Created by Marcin Ramocki and Justin Strawhand, 8 BIT is a hybrid documentary examining the influence of video games on contemporary culture. A mélange of a rocumentary, art expose and a culture-critical investigation, 8 BIT ties together seemingly disconnected phenomena like the 80’s demo scene, chiptune music and contemporary artists using machinima and modified games.

With the help of media critic Ed Halter and new media curator and writer Christiane Paul , these very recent artistic strategies are put in the historical context of modernist and postmodernist discourse and examined as potential examples of a transition into fresh, uncharted territory. 8 BIT insists that in the 21st century Game-Boy rock, machinima and game theory belong together and share a common root: the digital heritage of Generation X.

In 1978 the French Situationist Guy Debord designed and fabricated a board game called “The Game of War.” Thirty years later, RSG released a new, free, online computer game inspired by Debord’s largely forgotten work. We explore the contradiction between Debord, a symbol of radical politics and art in 1960s France, and the Napoleonic war game he created. In Debord’s own words, the game was the only thing in his entire body of work that had any value. Was it nostalgia, or a vision of things to come?

Machinima (machine + animation + cinema) is a real world film making technique applied with in the interactive virtual world of 3D games. Basically, games are modified and altered so that scenery and characters (‘characters’ are not human they are objects or avatars) can be controlled either by human intervention or scripts – allowing the artists to ‘shoot’ movies with the virtual environment.