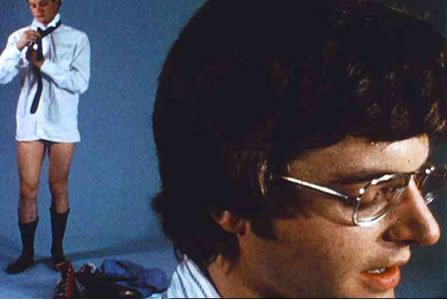 Curated by interdisciplinary artist duo LoVid, Flipped Chips includes single channel videos as well as presentations by artists from around the world who custom make their own hardware video instruments.

Tonight their work will be shown alongside that of a new generation of artists returning to hardware-based video instruments, like Billy Roisz (NTSC), noteNdo, Jon Satrom, Paul Slocum, Karl Klomp, Cory Arcangel and Paper Rad, and LoVid. Departing from their predecessors, the latter set approaches technology with personal and global nostalgia as well as a romantic infatuation with the media-generating object. Inspired by noise, extreme music, glitch and hacker culture, as well as the fragility, unpredictability, and limitations of technology, they choose to work with decades-old electronic components for personal aesthetic reasons and as a reaction to the dominance of technology and media in mainstream culture.

Ocularis is a 501(c)3 not-for-profit organization that provides a forum for the exhibition of independent, experimental and documentary film/video and new media, as well as international and repertory cinema. Established in 1996 as a rooftop film series catering to local audiences in North Brooklyn, it has since evolved into a weekly cinema, a producer of collaborative film/video work and a summer open-air screening series.