Christian Friedrich: On Something new / Dirt in a hole 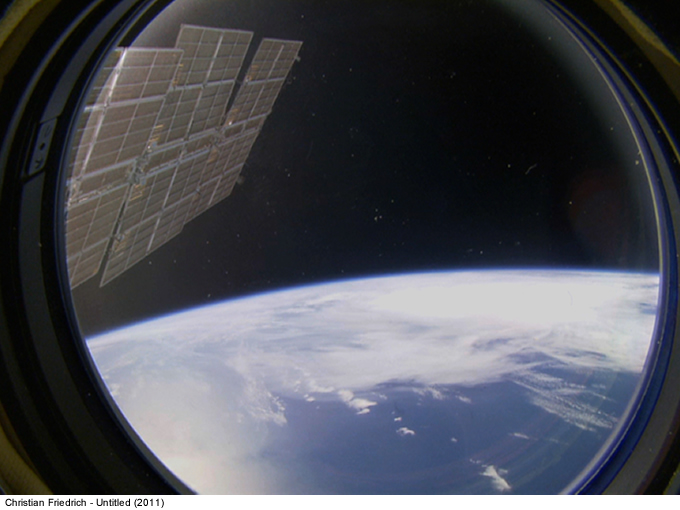 Following the exhibition at Museum de Hallen in Haarlem (NL), the Grazer Kunstverein presents the first solo show in Austria by artist Christian Friedrich (b. 1977, DE). The exhibition entitled On Something New / Dirt in a Hole presents an array of works including a newly produced, large-scale sound and light work, an immersive, monumental video installation and a series of earlier sculptures.

Friedrich’s artistic interest lies in the structure, manipulation and conditions of subject-object relationships. A common theme in the artist’s work is the subjugation of the human body, which he regularly presents as an object of desire in which power and submission collapse into the subliminal.

His earlier drawings and sculptures are informed by cause-and-effect formulas, mining various conceptual traditions and their quasi-rational methods, both strict and frivolous. 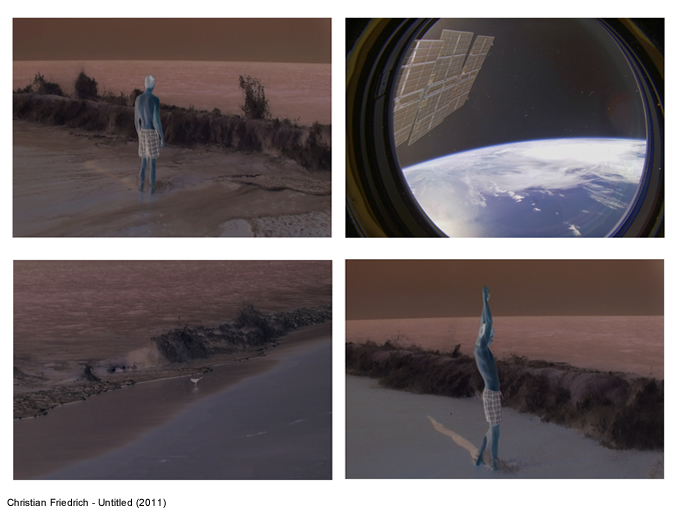 Friedrich’s exploration of “structure” is felt conceptually as well as physically. His installations employ affective strategies of aesthetic experience that circumvent the spectator’s urge to analyze. The imagery often revolves around private and public agreements, including those between strangers, between artist and muse, and between artist and spectator.

For example, for the video work The Stone that the Builder Rejected (2008), Friedrich invited an unsuspecting stranger he contacted via a personal ad to his studio, where the guest was confronted with a strobe-lit scenography that featured the artist himself – hanging immobilized and vulnerable.

Untitled (2010–2011) juxtaposes imagery exploring paradoxes of freedom and overpowering. Cross-cut motifs, such as a man being electro-shocked in a dungeon, an American flag, Macy’s Thanksgiving Day Parade, a Russian monument of WWII and youtube clips of private fetishisms, rhythmically re-appear causing the video to become structural instead of discursive. This can be said about most of the artist’s work as it often concentrates on the artistic rather than on the referential impact, though without shying away from its references. 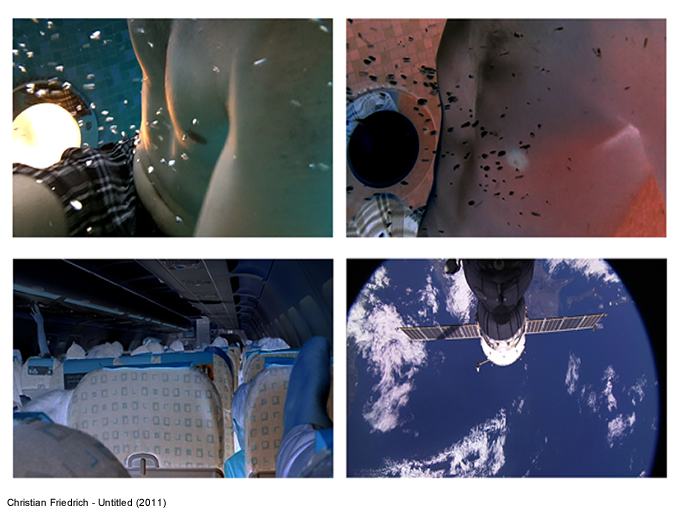 In the comprehensive sound and light installation On Something New (Dirt in a Hole), the staccato speech of a stutterer is linked to other coded systems of meaning: a light sequence in Morse connected to photographs. All elements of the installation are intertwined in a mysterious lingual and sensory network. The work almost unethically provokes unexpected beauty.