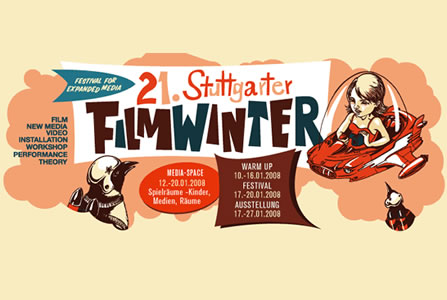 The 21st Filmwinter Stuttgart, Festival for Short and Experimental Film and Media Art is taking place from 17 to 20 January 2008. The Filmwinter Stuttgart takes up developments and impulses within the international filmmaking and artistic scene and offers an initial public platform. For the first time Media Space will be an independent section within the overall Filmwinter programme.

Seven Competition Programmes show the best films competing for the “Norman 2008”, the “Team Work Award” and the Wand 5 Honorary Award. 75 films were selected out of the 1,400 submissions in the field of film and video. An international jury — Pia Maria Martin (Germany), Torsten Zenas Burns (USA), and Mário Micaelo (Portugal) — will select the winners.

Further highlights of the Short Film Supporting Programme are the first presentation of Italian artist Roberta Torre‘s body of work, with the artist being present at all screenings, a presentation of the Swiss Super8 film scene curated by Kilian Dellers, and Pop in Video Art — a selection showing works of video art and from the huge amount of video clips such as among others “How does it make you feel?” — music: Air, “Smiley faces” — music: Gnarls Barkley, and “Bonnie & Clyde” — music: Brigitte Bardot & Serge Gainsbourg. 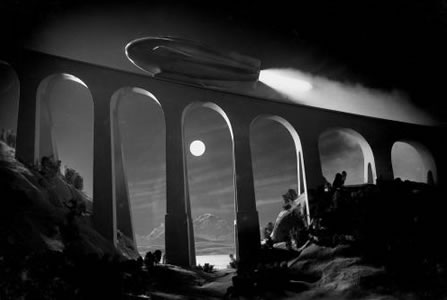 In the competition category Media in Space international artists compete for a prize of 2,500 Euros. The spectrum ranges from classic video installations to interactive environments and media sculptures. The 10-day long exhibition, featuring artist such as Peter Bogers and Daniel Aschwanden among others, is held in co-operation with exhibition spaces Kunstbezirk — Galerie im Gustav-Siegle-Haus, fluctuating images e.V., and gez. — Raum für Urheber.

Artistic works in the field of Net Art, Virtual Communities, Interactive Forms of Narration, and Artistic Software compete for the “Online Prize”. 14 works, among others by ubermorgen.com, can be seen at terminals at Filmhaus Stuttgart during the time of the festival. The winners will be selected by renown artists Birgit Brenner (Germany), Markus Huemer , (Germany), Szabolcs KissPál , (Hungary).

As part of Media Space a scientific Symposium on the topic “Playgrounds — Children, Media, Space”- will be held at Filmhaus Stuttgart from 18. –20. January 2008, exploring the relations of adolescents and Media as an expanded parlour game. The Filmwinter Stuttgart and Media Space are held and organized by Wand 5 e.V. founded in 1987 as an initiative of filmmakers, architects and art historians. The aim of the organization is to offer an international platform to independent film and media culture.