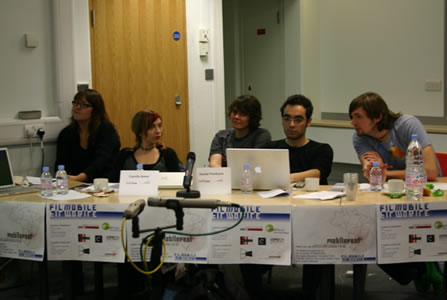 Filmobile is a network project bringing together the mobile phone industry, filmmakers and artists working with mobile devices. Filmobile is organising a gallery exhibition, cinema screenings and an international conference in London on the 4/5 April 2008. The events will explore the cultural impact brought about by new mobile technologies and will encourage debates between artists, filmmakers, the media and the new mobile industry.

The Filmobile Conference is a major international event including more than 22 speakers from the USA , South Africa , Australia , Germany , Italy and the UK exploring the prospects and possibilities of mobile technologies in the domain of art and media practice. A live web broadcast with the Mobilefest in Brazil is scheduled to take place during the conference.

As part of the conference Filmobile will present a Cinema Screening , which will curate for the first time a dedicated world premiere program for mobile feature productions, including SMS Sugar Man, Why didn’t anybody tell me it would become this bad in Afghanistan , Nausea and Max with a Kaitai. 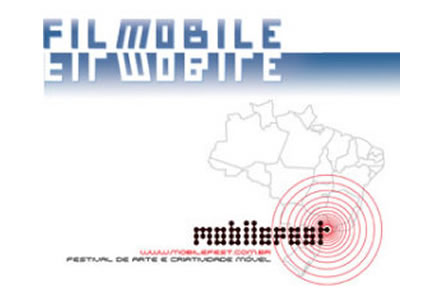 Exhibition Opening Times:
Daily 9am – 5pm, 4 April until 4 May

FILMOBILE is supported by the University of Westminster, HEIF, London Westside, Centre for Research and Education in Art and Media (CREAM), London Gallery West, Immedia 24 and the new media eXchange. FILMOBILE is part of NODE.London Spring’08 season (http://nodel.org).