Film as sculpture. A contradictory exhibition at WIELS, Brussels 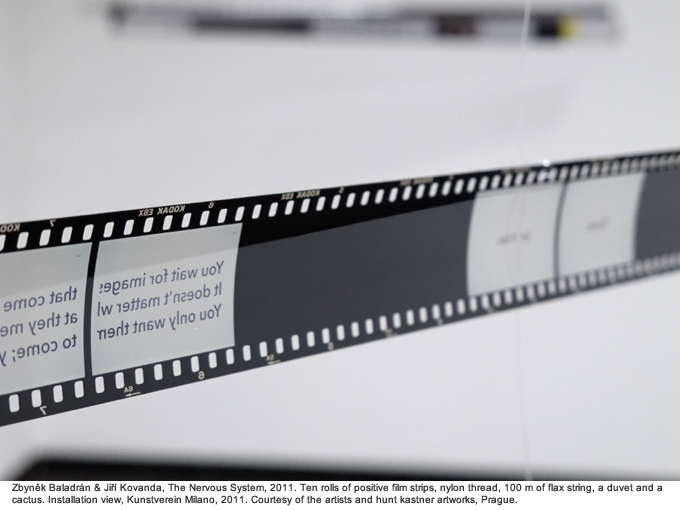 Film as Sculpture looks at a new generation of artists and the “problem” that a number of them seem to be insistently grappling with: how to create works that either sit between or somehow address two seemingly contradictory mediums: one of art history’s most classical forms, sculpture, and its apparent opposite, film (or video).

For while film is typically thought of as being essentially moving, temporal and immaterial, an infinitely reproducible collection of fleeting images and flickering light (or, in the case of video, pixels and equally immaterial digital code), sculpture, almost by definition, is a solid, obdurate thing, nothing if not the literal attempt to give lasting form to matter. 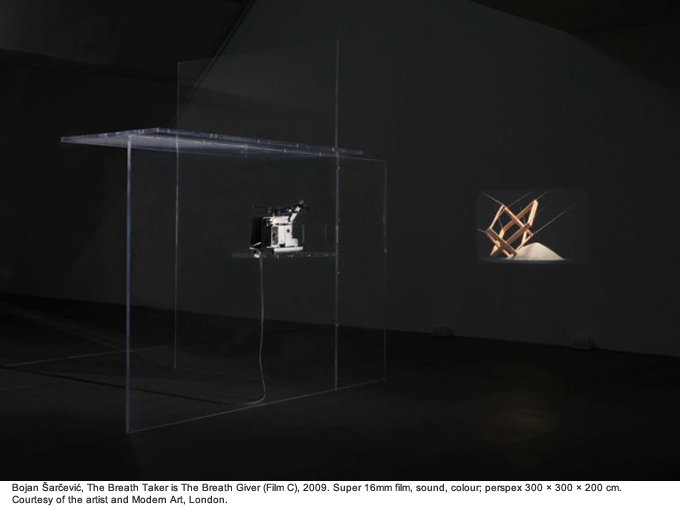 This group show investigates the growing interest among young artists to think through the specificities of sculpture and film by creating hybrid objects that respond to, inhabit, and question both traditions at once. Indebted to the legacy of 1970s expanded cinema, and resurgent at a moment when the 16 mm celluloid that many of them use is itself facing extinction, the fantastic constructions on view at WIELS foreground the slippery relations between the moving image and the sculptural object.

The response of these visual artists to what we might call “film” or “sculpture” varies considerably from case to case. The selection represents a sampling of some of the most interesting examples from around the world by artists who have seized the task of thinking through both mediums and made it the very centre of their practice.

Neither merely filmic nor only sculptural, each of these projects, however different they may be from each other, achieve the critical effect of shifting film from its traditionally conceived (temporal) image-producing function to its (spatial) sculptural possibilities, and vice versa. The consequence is that neither medium remains pure, calcified or unquestioned, instead, they become building blocks to be used in new ways and given new meaning.