FACT: the first arts organisation in the UK to accept Bitcoin donations 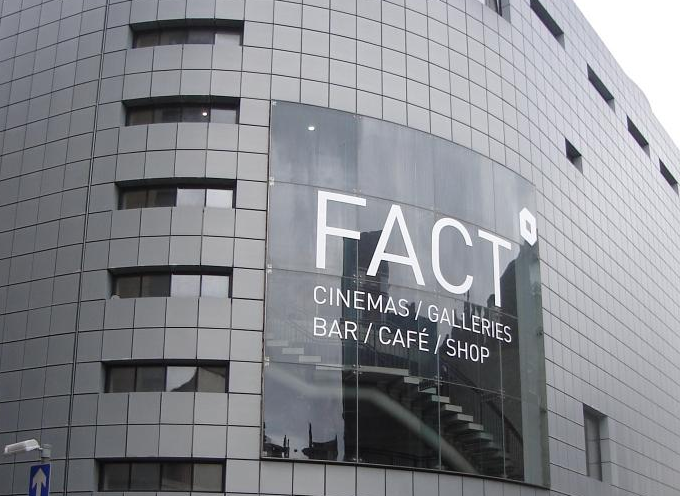 FACT (Foundation for Art and Creative Technology) in Liverpool is the first arts venue in the UK to start accepting Bitcoin donations. The option to use Bitcoins for donations has been introduced to coincide with FACT’s pilot project FACTLab, which is a pioneering workshop space where visitors of all ages are invited to explore the possibilities of creative technology and experiment with tools and devices that are normally out of reach to most of us.

Bitcoin is a digital currency that was introduced in 2009 and is the first example of a cryptocurrency, which means that it relies on cryptography to secure its transactions. Cryptography is the name given to the study and practice of secret communications, historically exemplified by wartime correspondence techniques used to encode and decode secret messages. Bitcoin is decentralised, meaning that no single person or organisation is responsible for controlling it – the protocol that defines Bitcoin self-regulates both the security and validity of transactions.

Jon Couch, FACT’s Visitor Services & Engagement Mediator and resident Bitcoin expert, says: “Part of FACT’s mission is to keep up with new technologies and ideas as they develop. Bitcoin is a new and exciting way of regarding currency that breaks from many of the norms that we associate with money and finance. FACT is keen to embrace these new ideas and help expose them too.”

Bitcoins can be used by anyone and are accepted by a growing number of people and companies around the world. They are ideal for anyone who wants to make instant transactions without having to rely on banks or other conventional financial organisations. As Bitcoin is still a new and developing concept, the value of individual Bitcoins can fluctuate dramatically and it’s worth doing some research into how they work before starting to use them.

FACT is a registered charity, and relies on donations alongside public funding to develop and maintain its programme. FACT’s Director Mike Stubbs says: “Our new project FACTLab is a public, practice-based, creative space, enabling FACT to offer visitors an opportunity to get their hands dirty and get creative. Currently, FACTLab is in its pilot stage, but the aim is to turn FACTLab into an ongoing project and with the help and support of donations we can realise this ambition. As we see it as our duty to drive agendas of the creative and critical use of technology, it makes sense to us to accept Bitcoin donations.” 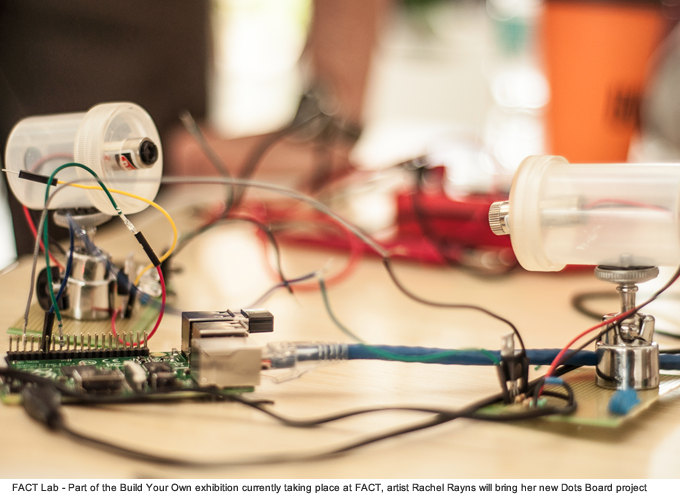 FACT (Foundation for Art and Creative Technology) is the UK’s leading media arts centre, based in Liverpool and is focused on bringing people, art and technology together. FACT’s award-winning building houses three galleries, a café, bar and four cinema screens. Since the organisation was founded in 1988 (previously called Moviola), it has commissioned and presented over 250 new media and digital artworks from artists including Pipilotti Rist, Nam June Paik, Bill Viola, Apichatpong Weerasethakul and Isaac Julien.

A partnership between FACT and the Liverpool School of Art and Design at LJMU, FACTLab sees technologists and artists sharing their skills and knowledge and welcoming visitors to use the space to develop their own creative projects. By offering visitors the chance to engage in activities such as 3D printing, filmmaking and computer coding, FACT hopes to support the development of both practical skills and a creative and critical interest in technology in Liverpool and beyond.

How to use Bitcoin