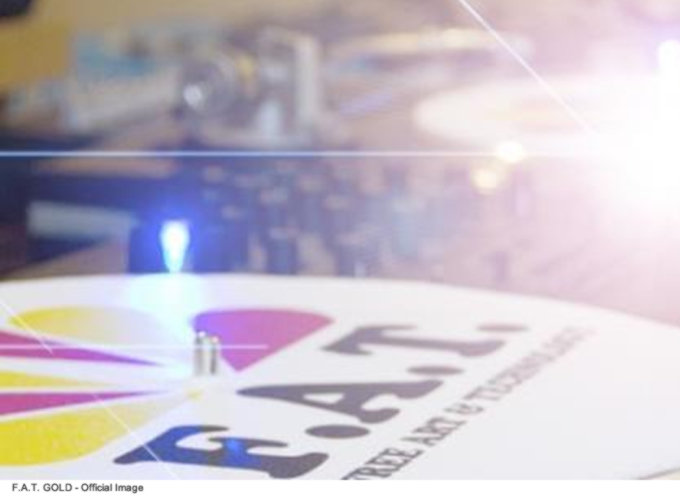 Celebrating more than five years of thug life, pop culture, and R&D, the renegade art organization known as the Free Art & Technology Lab, or F.A.T. Lab, is going GOLD. F.A.T. GOLD, that is. From April 1–20 Eyebeam Art & Technology Center will present the acclaimed work of F.A.T. Lab. Organized by Lindsay Howard, Eyebeam Curatorial Fellow, the exhibition invites the public to experience and engage with the collective’s groundbreaking projects.

F.A.T. GOLD brings together an international group of twenty-five collaborators comprised of artists, hackers, engineers, musicians, and graffiti writers, many of whom have been involved with the organization as residents, fellows, or collaborators, for a week-long residency at Eyebeam. The influential group—who’ve collectively and independently received prestigious honors such as the Smithsonian’s Cooper-Hewitt National Design Award, Japan Media Arts Award, Transmediale Award, Prix Ars Electronica, Emmy Award, and TIME Magazine’s “World’s Most Influential Person”—will be onsite daily during the week of April 1, participating in panels, hackathons, and collaborative pieces.

The exhibition will feature significant works from 2007 to the present, including new projects to be launched on opening night. Showcasing a comprehensive and critical selection of the group’s diverse output, the exhibition includes video, software, net art, installation, and performance. F.A.T. Lab members will also be working and hacking on new cutting-edge projects to be added to the exhibition on the fly. 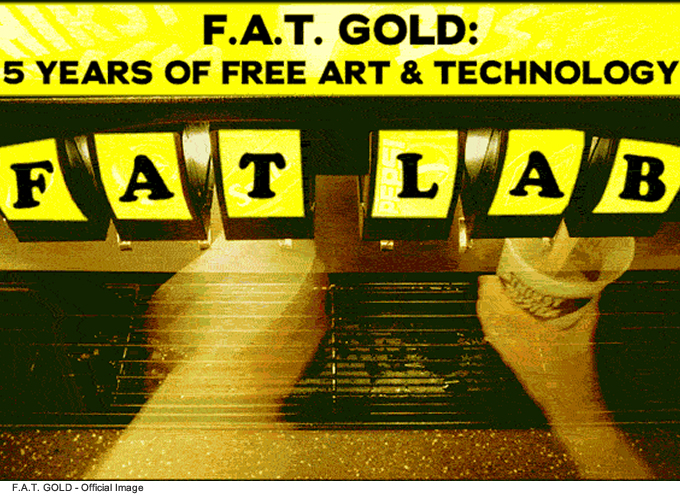 Throughout the week, Eyebeam will be streaming F.A.T. Public Access, an audio-visual program produced by F.A.T. Fellows Jamie Wilkinson and Bennett Williamson. The show will include interviews with the artists and guest collaborators, YouTube show & tell, visual effects, jam sessions, bootleg movie screenings, documentation of public events, and more!

Check www.gold.fffff.at/live.html for the upcoming livestream and program guide.

On Tuesday April 2 from 7:00pm-9:00pm, Eyebeam will host Rights, Rogues, and Refugees, a panel discussion focused on Joe Karaganis‘ “Media Piracy in Emerging Economies”, the first independent, large-scale study of music, film, and software piracy in emerging economies.  Panelists will discuss the tension between copyright enforcement and copy cultures in post-digital spaces, pirate philosophy beyond entertainment, and how the local and the physically located (the object) retains relevance in a culture of Internet and memes.

“The free software and arts communities are filled with people motivated not just by money but by the act of creation and a drive to make meaningful, or at least functional, contributions to society,” writes F.A.T. Lab co-founder Evan Roth in his recent essay, Artist Hacker: From Free Software to Fine Art.  Inspired by the philosophy put forth by Roth, Eyebeam will host a panel on Thursday April 4 from 7:00pm–8:30pm called Artists as Hackers.  The discussion will bring together Roth and F.A.T. Fellows Aram Bartholl, Tobias Leingruber, James Powderly, and Addie Wagenknecht for a look at how hacker culture has influenced a new generation of artists. 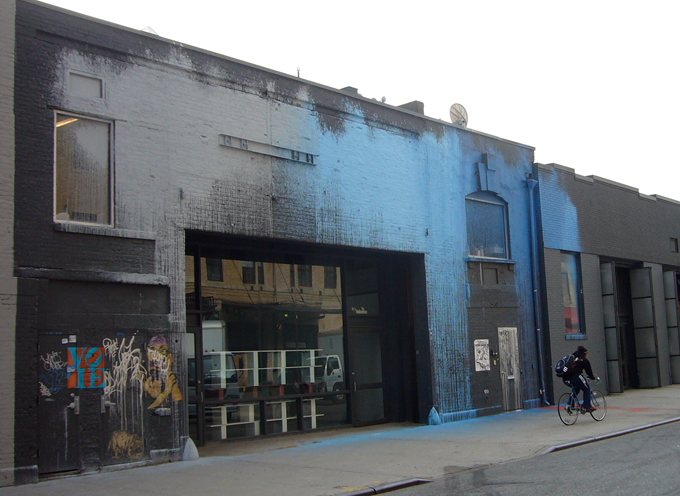 The Free Art and Technology (F.A.T.) Lab is an organization dedicated to enriching the public domain through the research and development of creative technologies and media.

This exhibition is part of Eyebeam’s 15th anniversary series, which serves to mark over a decade of innovative research and progress in the field of new media art.