From their eyes. A conversation with Japanese authors: Gak Sato 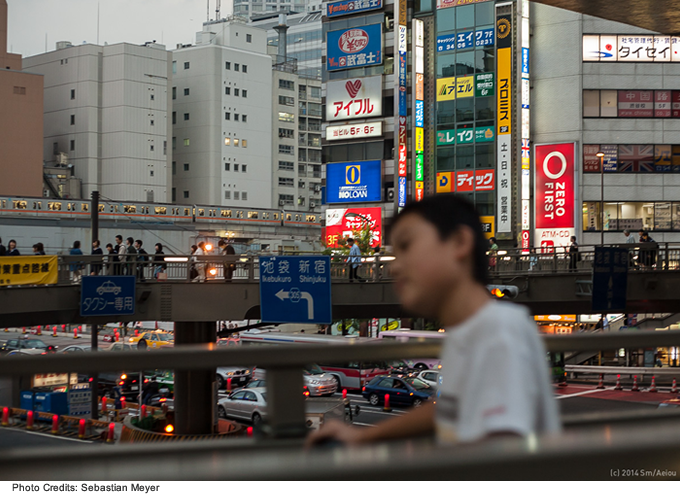 How does new-media art stand in the cultural landscape of Japan? Is new media-art playing an active role in keeping Japanese people in a state of childish innocence as a way to protect their identity from further erosion? What is the role of the authors who are active in the field? I have been lucky enough to have the chance to ask them directly within my findings and some interviews to some referential authors.

Not so far ago, we met Kodama Kanazawa on Digicult. She has been the Chief Curator at the Kawasaki City Museum. Today we are pleased to talk to Gak Sato. Gak Sato is a musician (Thereminist) and sound artist. Born in Tokyo in 1969. In 1993, established the Tokyo band Diet Music, whose tracks were included in the compilation Multidirection 2 (1995 Brownswood/Talkin’ Loud). In 1996, Sato moved to Milan. From 1999 to 2008, he was the artistic director of Temposphere, a branch of Right Tempo in Milan. He has published 3 original albums and various remixes and has worked with artists of the caliber of Steve Piccolo, Luca Pancrazzi, Elliott Sharp, Vinicio Capossela and many others (http://ja.wikipedia.org/wiki/Gak_Sato).

For this short essay, I have chosen to show images of Tokyo taken by the photographer Sebastian Mayer and not to show the works of the authors and of the artists interviewed. I believe this choice gives the best opportunity for the reader to dive into the world in which the authors live …or have been living: in fact, all of them settled in Europe since years, a fact that shall favor that emotional distance essential for our purpose. 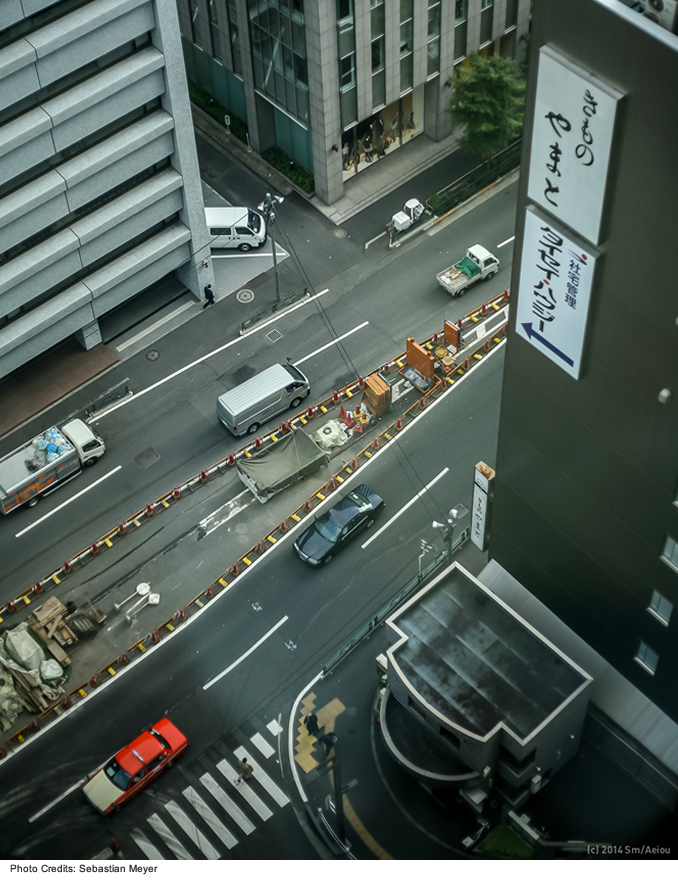 Mauro Arrighi: Do you think that Japan is on the forefront of new social trends?

Gak Sato: It might be, but only within Japan… it sounds paradoxical. I will expand on this: Social Media might signify “Everyone, Everywhere, Realtime, Global”. …anyway: the majority of the Japanese communicate only in Japanese, therefore we always develop a peculiar way of interaction, which functions only in Japan or with those who can speak Japanese.

Mauro Arrighi: Do you think that the entertainment industry and the media art are shaping from within the collective imagination and the collective identity of the country?

Gak Sato: The world of the entertainment industry is continuously creating global icons. If we think about the core identity of the American economic system as “Marketing & Business”, Japanese people have completely absorbed this model. But, we did not absorbed the American underlying ideology, for us it is like a game. The media is perceived as frivolous, the public façade is frivolous as well as the followers’ behaviors. Everything and everyone becomes Pop Culture. You see, tradition, politics, avant-garde, everything is turned into icons.

Mauro Arrighi: If it is so, do you think that the roots of this very process could be traced back to ancient indigenous traditions?

Gak Sato: Since the Meiji era (1868) or even earlier, Japan has been absorbing foreign cultures, both from the east and the west, rearranging its bits following the “Japanese style”, if you might. From this point of view, mixing and evolving has been peculiar to the “Japanese way”, a distinctive trait of our culture.

Mauro Arrighi: Do you think that Japanese people spend more time in virtual worlds rather than in the real one?

Gak Sato: If you refer to the “virtual worlds” as the Social Media Networks and alike, then we might assume that it is not an “alternative world”, but is part of the Reality. Moreover, in Japan, in the subway, everyone is hooked up on his or her smartphone: there is no communication among neighbors. However, many people, after work, go to their cherished place, it might be a café, a pub or a small restaurant (we have izakaia and other traditional drinking places, very casual and cozy). In those places filled with a warm atmosphere, it is possible to start a conversation even with strangers and with the owner of the place. There are many ingredients that create a familiar atmosphere. Anyway, life in the megalopolis of Tokyo, seems happening in a virtual world. 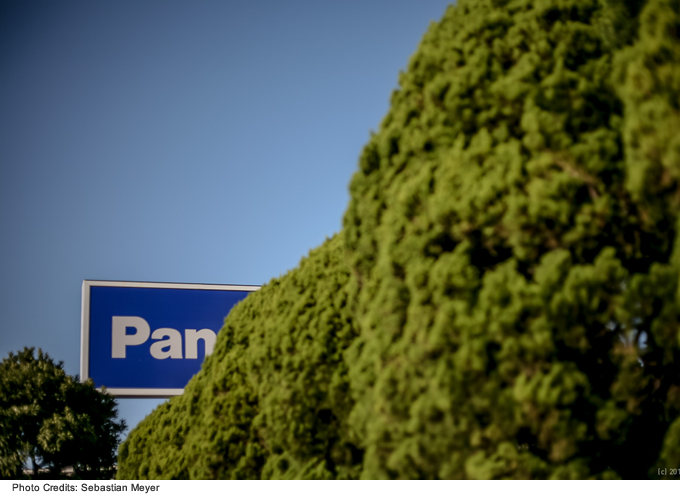 Mauro Arrighi: Do you think that, in Japan, artists and others, are trying to escape from the real world using their creative power?

Gak Sato: Artists are supposed to create their work as a mirror of reality. If their work seems a tool offered to the public to escape from reality, hence it is the real world itself that embeds this option. The aim of the author is not to escape, nor is it his or her goal to create a way for escaping; it is the daily life, which expresses it.

Mauro Arrighi: Do you believe that western culture could benefit from the peculiar Japanese approach towards creativity?

Gak Sato: Let us not be slaves of stereotypes. The West learns from the East and the other way around. What is truly important is to change the point of view as much as we can. Saying so does not mean that Japan “is” another point view or that it “has” a completely different point of view, but Japan is also embedded in western culture. What I could say, it is that, from my point of view: western culture, traditionally, has not given attention to “anonymity” and “fortuity” in the creative process. At the same time, I shall not state that Japanese culture is grounded in “anonymity” and “fortuity”. There is always more than one answer.

Gak Sato: I do not know, maybe… Not sure, but it is not a new issue. I perceive this more as a security issue or a behavior that is exacerbated by the shame complex. People who send comments to newspapers or to a radio station use an alias; they want to remain in anonymity. I do not find any deeper meaning other than the will to avoid problems, remaining at peace.

Mauro Arrighi: I noticed that avoiding any social friction in Japan is of paramount importance, vital… I might say. Do you think that having multiple identities, both in the factual and virtual worlds, could serve as a medicine to relieve the pressure coming from the contemporary cityscape?

Gak Sato: This theme is taken up by and scrutinized by the writer Kobo Abe. It is crucial having a business card to find your place in the society. It is not that important that what is written on the card is real, your name or even your “title”, what counts is feeling at ease in the system.

Mauro Arrighi: I sometimes had the impression that a Japanese becomes a person only when the business card is exchanged. What is written on the meishi, it is the truth, it defines the individual in the social context, even if the content is not real. What do you think about some people who “escape from reality” creating multiple identities in the virtual worlds and lately also in the reality 1.0, so to say?

Gak Sato: What is important is not abdicating from one’s own personal responsibility. 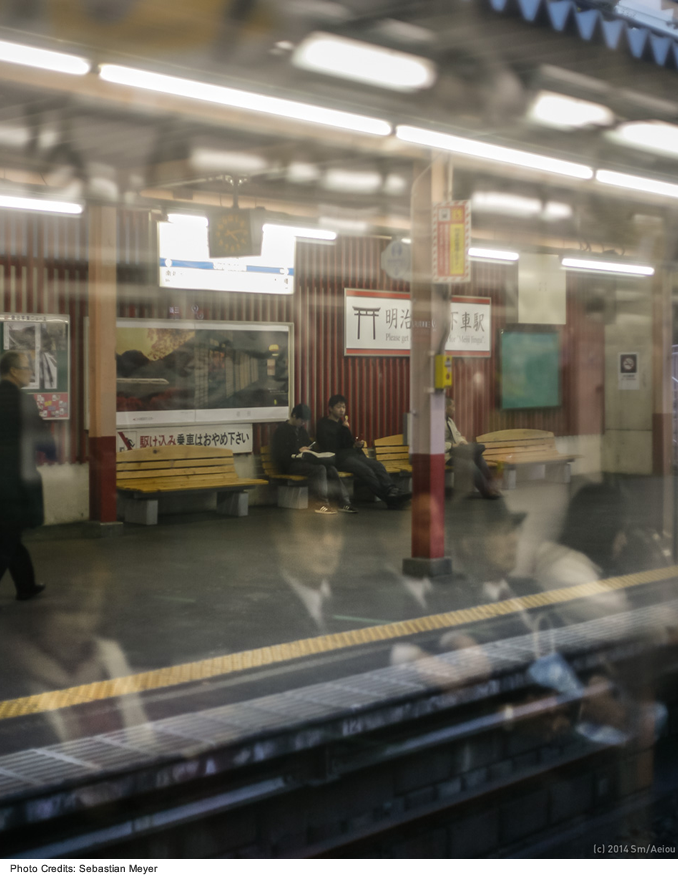 Mauro Arrighi: Do you think that nowadays some Japanese artists and scientists are trying to connect to otherworldly forces via the computers? Something that has been done in ancient times by shamans who were asking the Mother Earth andthe spirits to be bestowed with special powers.

Gak Sato:Well, it has been taken into account case by case. As is the case of John Cage, who created Chance Operation to open up new possibilities for his compositions. During the recent past, artists have been dreaming about the computer as the tool capable of representing human beings in an outlandish fashion. From the Nineties then, I have seen many examples where the glitches have been the content. Recently, the computer became more anonymous, its personality (the errors) is less visible.

Mauro Arrighi: Do you think that it would be possible to address computers, videogame consoles, and smartphones as a contemporary torimono (the place where the kami – spirits – reside temporarily)? http://en.wikipedia.org/wiki/Shinto

Gak Sato: If we consider music, the tendency could be that of finding spiritual energies inside the analogue hardware (analogue synths, microphones, coils recorder, analogue mixers and so on…). For the digital equipment, when something strange occurs, the “bugs” you know; well, it is at that point that you may sense the feelings. Updated gears have lesser and lesser “bugs”. Hence, you may not experience any special feeling from it. Nonetheless, it is fun having this kind perception.

Mauro Arrighi: Do you think that manga, anime, videogames and media art are shaping another form of reality within the Japanese culture? I mean: an artificial reality, a fantasy-world to escape from the real world.

Gak Sato: It could be a shared fable where everyone finds him or herself. For example, Superman, Mickey Mouse or Godzilla, everyone knows them. Even though they are not real, everyone may empathize with them; everyone knows about their “physical” aspect and their personality. In this sense, they might be compared to gods.  Even manga, anime and videogames, those become a shared common language. Nonetheless, I do not believe that all these characters or practices might become a tool for escaping from the real world.

Mauro Arrighi: Which do you think are the major differences between the following forms of creativity: manga, anime, videogames and new media art?

Gak Sato: Mostly, the difference lies in the quantity of information. Let me explain: the more data you give, the less the imagination is at work. More info equals less fantasy. For example, let’s take the latest “shooting games”: those are filled with information, maybe to a greater extent than a full length movie, but your role is simply killing enemies; you do not know even why you have to, but it is the core of the game. It is not needed to think too much, actually: there is no time for it. Then, maybe, this is the ideal tool, which leads you out of the factual reality. In regard to new media art, I cannot speak for everyone, but mostly the content is abstract. Even though there might be a lot of information embedded in it: those works leave us the chance to imagine and to think about the meaning of the information displayed. 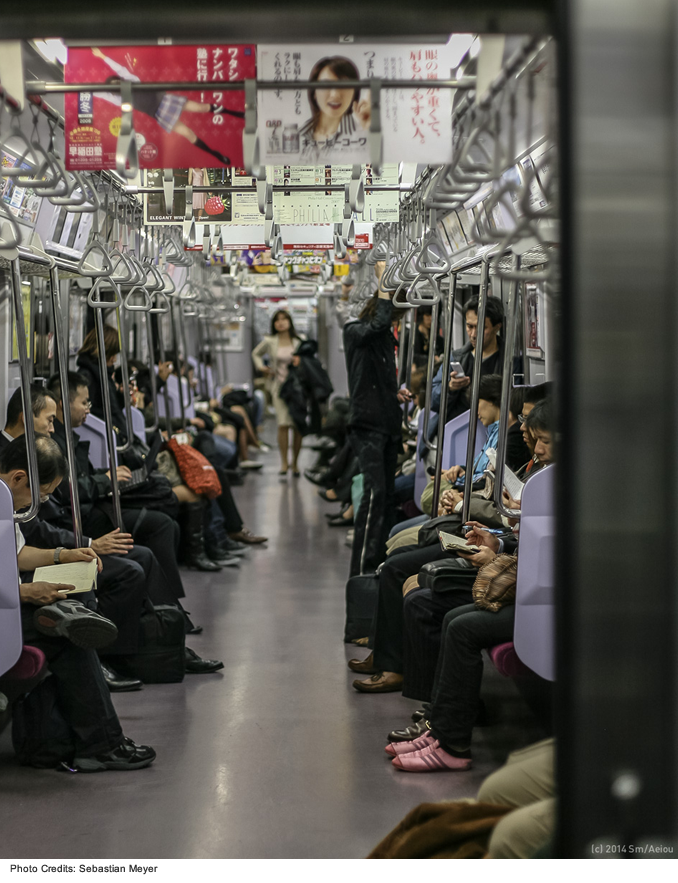 Mauro Arrighi: What is, in your opinion, the psychological value of the avatars in the online virtual communities and social networks?

Gak Sato: It really depends on how you use it. Personally, I have not had that much fun with it. It is said that we shall get in touch with people from all over the world following the “Six Degrees of Separation” thing, but actually I am not interested in virtually meeting some total strangers. I have been thinking that the social media networks’ ecosphere could have been an “open space”, instead: it is becoming just a huge notice-board. The majority of the SNS (Twitter, Facebook, LinkedIn, Google+ and so on) became a platform to share data. I prefer to remain in a semi-closed group of a few friends.