What do algorithms and digital objects have to do with architecture? At what grounds is the digital affecting our surrounding and our approach to designing it? Many theorists had an attempt at commenting, revealing or creating a connection between algorithms and architectural design. This often resulted in metaphors of computational processes describing reconfigurations of structural, organizational and spatial experiences. These descriptions are informed by architecture and media theory and sociology of technology.

In this text, I examine three core concepts of algorithmic phenomena, as claims of spatial consequences of computation. I will discuss prominent concepts such as Keller Easterling‘s “active form” as a way to address algorithms that orchestrate urban design; Luciana Parisi’s “soft thought” as a way to acknowledge the reality of algorithms and contagious architecture they are creating; Benjamin Bratton’s “layer in the Stack” as a way to talk about the way computation inhabits and (re)organizes space.

These three concepts can be seen as identities of digital instances that address digital processes. I am using a personification technique and I present them as a network of identities that reveal something about algorithmic performance on space. What exactly do they reveal and how does this help us understand the relationship between algorithms and architecture? 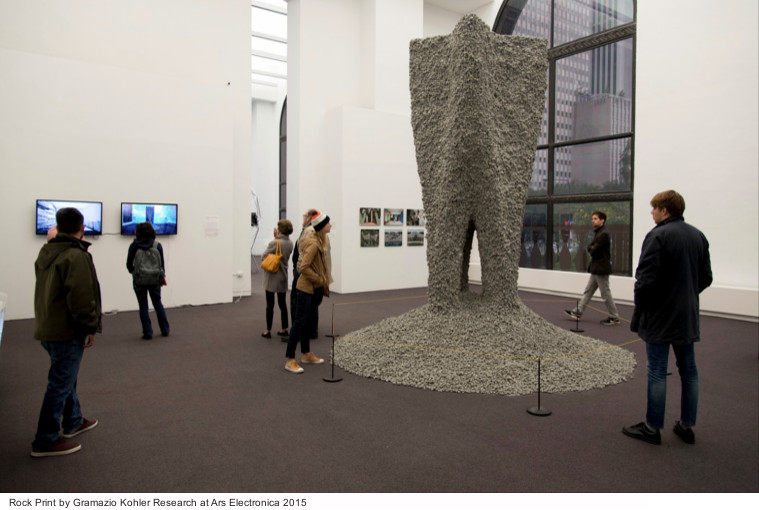 I will try to answer this question by bringing the identities into a kind of conversation in the process of their personification (a personified description of their identities). This process reveals the direction that the metaphors employed by the authors take to space. Spatial experience is thus a consequence of the acting of these concepts (“active form”, “Stack layer”), a given upon which they act, or it is an abstraction that organises its activity (“soft thought”).

What do algorithms have to do with architecture?

Integration of architecture and digital technologies happens on an instrumental level, where digital is associated with making the design and construction process more efficient. At first sight, we see that algorithms are used by architects to generate, optimize or evaluate a building form. If we search a little deeper in contemporary architecture and design, we will find a plethora of ways algorithms and digital objects have informed the practice of designing and materializing the built environment, in the work of Greg Lynn, Michael Hansmeyer or Fabio Gramazio and Matthias Kohler.

We will also find a number of approaches to digital materialism in media studies, particularly the so-called German school of media (formed around Friedrich Kittler); software and culture studies (media ecologies and later work by Matthew Fuller); new materialism articulations (both in the work of media archaeology by Jussi Parikka and in tracing its metaphysics by Iris van der Tuin). These articulations of materiality have implications for our experience of space as well.

There are, however, very few precise/deep/promising reflections on the specific relationship between space and algorithms. This relationship is usually addressed through interpretations of materiality of digital processes, and observations of their effects on the material world. In this way, Paul Dourish talked about computer emulation, countering the rhetoric of absence with rematerialization and bringing forth some concrete aspects of materiality in virtual computers (timing, instructions, input and output).

Others, like for example Timo Arnall and his collaborators, explored the material world of digital infrastructures  – be it by exposing the activity within networks (Wi-Fi Light Painting, 2011) or by exposing the interiors of data centres (The Internet Machine movie, 2014). Computation informed discussions on the organisation of flow of people or information in space appear in the work of scholars interested in architecture as a set of metaphors that transpose digital processes into spatial processes.

I propose to reflect on this relationship by dramatizing some of this talk as it appears in the work of Keller Easterling, Luciana Parisi, Malcolm McCullough and Benjamin Bratton. With this approach, I hope to sharpen our thinking about the cross-pollination of the digital and material space. I hope to establish communication links between these discourses, which will bring out the essence of their thinking about the relationship between algorithms and architecture.

In order to present this network of reflections on the relationship of algorithms to space – because they are indeed sometimes related – I am using a personification technique, taking a prominent concept of each of the authors and treating it as an identity. Identity here is understood in the most general way, as an entity with a consistent, purposeful acting on its surrounding.

Identification of algorithms that perform on space relies on the work of personas in human-centered design and human-computer interaction. The construction of an identity is based on the writing of an author about a specific concept that they use to talk about algorithmic performance on space. I will present three such identities, namely “active form” (Easterling, 2014), “soft thought” (Parisi, 2013) and a “layer of the Stack” (Bratton, 2015).

In order to examine the four specific concepts introduced by the authors, I will describe these concepts as identities that affect digital and analog processes in our surroundings. These reflections on algorithmic performance on space are cross-pollinated with a personification technique, regarding each of these reflections as an identity. 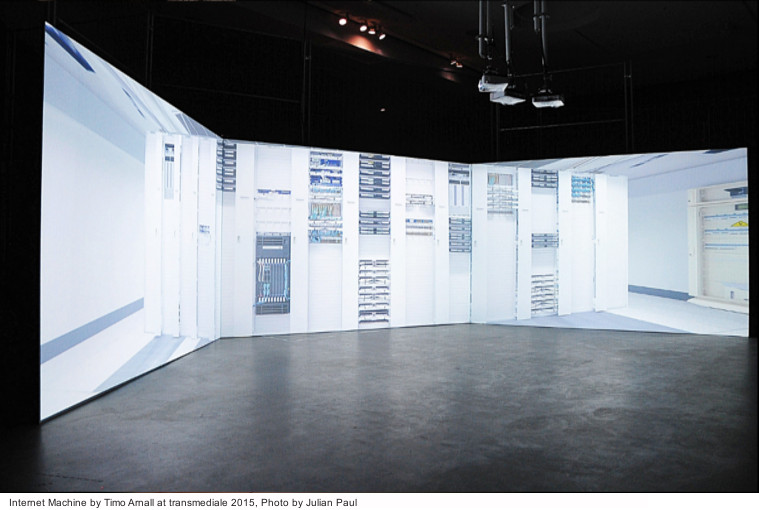 The personification technique is informed by research on personas in human-computer interaction and organisation research literature (Cooper, 1999; Laurel, 1990, 2014). Personification was used in early human-computer interaction research to discuss design of interface. Interaction with software agents that appeared human-like and intelligent would reduce the cognitive load and make the interface more engaging to the users (Oren, Salomon, Kreitman, & Don, 1990).

Adding faces to interfaces does facilitate some forms of interaction, but it does not necessarily lead to more meaningful human-computer interactions (Koda & Maes, 1996). According to Alan Cooper – one of the first researchers to articulate the notion and method, personas in goal-directed, human-centred design, are generalizations of real-world characters that are used in the design process to make better decisions on satisfaction of users goals and personal preferences (Cooper, 1999).

In other words, they are used to inform design based on a proxy to an actual user. Still, a persona is not a description of an average person but a unique person, characterized by specific details relevant to the design process. Although well-constructed personas are created based on in-depth field research of people, their use is not clearly more productive than when real people inform the design.

Working with personas is more flexible (e.g. they are always available) but does not always alleviate the risk of self-referential design. Another relevant line of research activity is with corporate identity: personification metaphor as the measurement of corporate reputation (Davies, Chun, da Silva, & Roper, 2001) In marketing research, it refers to a wide range of ideas that “emanate from ascribing human characteristics to a brand”. 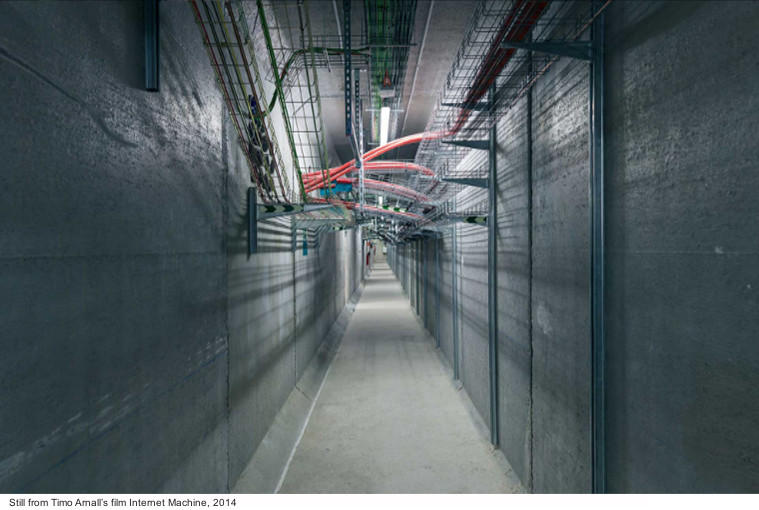 It might appear unusual to rely on marketing research and human-computer interaction in this research, which I believe grounded in two reasons. The first reason stems from a sentiment that it fits the way the authors we discuss indeed “brand” their concepts – they carefully craft a term that becomes their tool for addressing the phenomena they discuss or, indeed, the world itself.

Active or soft are not merely adjectives of form and thought, respectively. The concept of active form is a thinking token, something to observe in multiple workings of the world, something with agency of its own. The Stack is not merely an articulation of a computational and communication system – it has intentionality that Bratton is trying to map by positing as an entity.

For Thomas Braun, author of “The Philosophy of Branding” (2004), brands are a way to fix values, to hold onto a value judgement in the world that is in constant flux (not only the contemporary, so-called disruptive innovation driven times, but any world). Making a parallel to this observation, we can see these prominent concepts in theory as a way to make the agency of computational processes appear more consistent, to fix their effects on space.

The second reason to work towards persona-style characterisations of concepts relates to the debate on non-human agency. Hayle’s articulation of the posthuman as well as the work of Karen Barad on agential realsim are  addressing the possibility to offset our anthropocentric view of complex exchanges of information, energy and  matter. Neither Hayles nor Barad are trying to flatten our way out of anthropocentric perspective – much as Latour and the followers of the Object Oriented Philosophy movement are trying to do. To amplify the importance of not-flat, I take a turn towards intentional “anthropomorphisation” that exposes both the process of “putting a face” and observing its relationship with the surrounding. 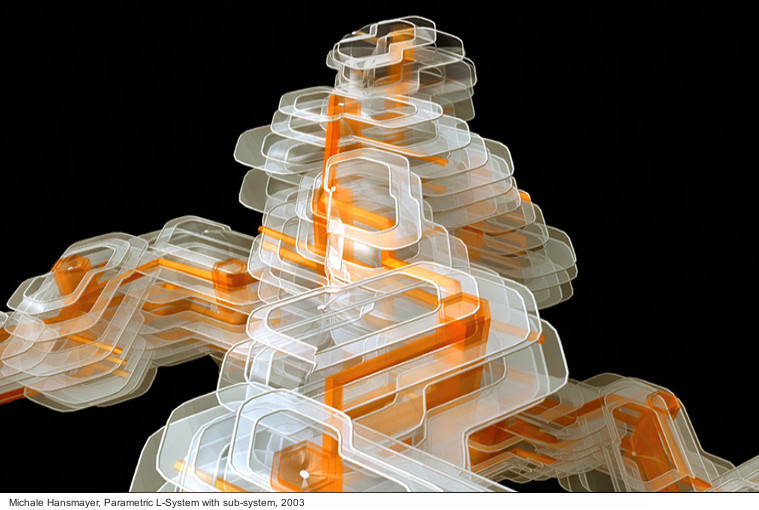 In the construction of personas, I try to answer several key questions which should indeed bring out the essence of their specific relationship to and effect on space. I rely mostly on my own interpretation of the four texts when answering these questions: what can the concept do? By which means does it act on space – is its acting inherent in technology, or is it more bureaucratic? How does it propagate? How totalizing is it – how present and effective throughout the world?

By examining the prominent concepts in their anthropomorphic form – I expect to be able to cast some light on the agency of computational algorithms, logic, and technic when it comes to reconfiguring our relationship with (built) space.