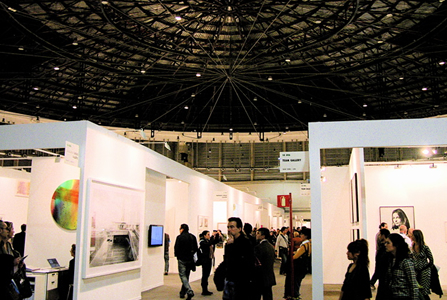 Dialogue and an exploration of media art languages is, once again, the  main focus at EXPANDED BOX. From a renewed perspective, this programme, specialised in art and new technologies, takes a step further in its mission to reflect a process of unstoppable expansion of art practices towards new formats and contexts. This year, the
programme has been divided into two: STANDS, a space set aside for large format installations, curated by the art critic and independent curator Domenico Quaranta; and CINEMA, a monographic section dedicated to video art, selected by the independent curator Carolina Grau.

A total of 15 art projects are on view in the EXPANDED BOX programme, 8 at STANDS, and 7 in CINEMA. For the Italian curator Domenico Quaranta, “more than reflecting the creative exploitation of the medium, these proposals contain a critical examination of the cultural consequences of today’s media and technologies.” The tendencies come
from a number of international artists, in turn represented by galleries taking on the challenge involved in fostering a new conception of art.

EXPANDED BOX is a market platform at ARCOmadrid for the exploration of art languages and dynamic discourses proposing new concepts. From the perspective of the notion of expansion, the selected programme “showcases a type of art that looks outside the parameters of contemporary art to art developed on the Net, the art produced in
research centres and labs and that has all the potential to change our present-day notion of art. A change of perspective that should not scare collectors or art lovers, because these works are representative of the information society and of the globalised world we all live in,” says Quaranta. 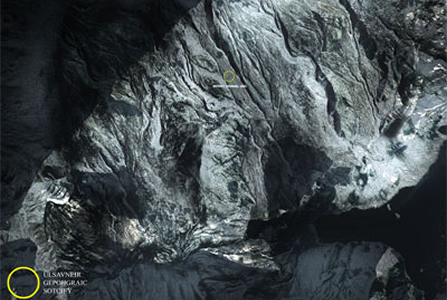 Quaranta’s selection includes eight projects represented by both veteran and young international galleries. Eight pieces that, “in the wide open field of art experimentation, dictate their own rules regardless of prevailing canons, and give rise to a radically altered context that allows them to successfully progress.”

These tendencies are well represented in the selection made by Quaranta, defined by the variety of the projects on display. The exhibition covers a lot of ground, ranging from works using a combination of new technologies and traditional media, to pieces employing new media but with conventional purposes, or works that rediscover the potential of technologies that have virtually fallen into disuse.

The two ends of that diversity are embodied, on one hand by Arrow Wall, an interactive installation by the two-artist collective Pors & Rao, presented at the Indian gallery VADEHRA ART GALLERY . The project responds to the position and movements of the spectators moving throughout the space. For the artists, “it is a naïve abstraction of
the complex dynamics of the relations surrounding us and of which we are an integral part. When users stand at a certain distance from Arrow Wall, the movements are subtler though nonetheless active. However, when the spectators comes closer, the feeling is that of a fracture of the balance, with the walls starting to move at a greater
pace, as if the user acted as a magnet whose magnetic field has an effect on behaviour.

At the other extreme, we find the critical examination of the cultural consequences of present-day media and technologies through the work of the Austrian duo Ubermorgen.com, represented by FABIO PARIS ART GALLERY from Brescia , Italy . Their piece The EKMRZ Trilogy is a complex proposal developed over the last two years, integrating three projects based on a subversion of the interfaces of three giant digital corporations: Google, Amazon and Ebay. Resorting to code, software and to social hacking, they created a network of websites through which they obtained money by hosting ads in Google. The funds were subsequently invested in the acquisition of Google shares as a means to gradually erode the rigid power of the world’s most popular browser. Thus, they managed to steal, page by page, whole books from the Amazon database than were then redistributed without copy license, or to translate for Ebay users music databases from a directory based on a soft porn page. Using two projectors, the booth of the gallery reproduces the impressions and texts gathered in that space.

In these contrasting points, what matters is not how the medium is used, but the way in which the works explain to the public how human beings experience the world, how images, narratives, aesthetics and habits spread by the media have an effect on our environment.

In between these two points, we find proposals also providing a critical insight into the social consequences of the use of technology. That is the case of the work by the Spaniard Joan Leandre, one of the pioneers of software art. PROJECT GENTILI, a gallery from Prato , Italy , will exhibit a piece by this artist in which he filters our connection with reality through hyper-real interfaces. In turn, the British collaborative Thomson & Craighead, will show their work at the booth of the ARC PROJECTS gallery from Sofia , Bulgaria , with a project revealing the semantics of every devices and mechanisms.

Another sound installation shown at EXPANDED BOX comes from Esther Mañas & Arash Moori, represented by GALERIA MS from Madrid. The installation by the Korean artist Kim Jongku, on display at the booth of ONE AND J. GALLERY from Seoul, Korea, explores the fine line dividing matter and the dematerialisation brought about by the media.

FORTLAAN 17, a gallery from Ghent , Belgium , will present an installation entitled Compass, by the Belgian artist Lawrence Malstaf, a proposal researching into the interactive interface and the human-machine. Finally, the list of projects is completed with a 3D animation piece by the Irish artist John Gerrard, on view at ERNST
HILGER CONTEMPORARY from Vienna . 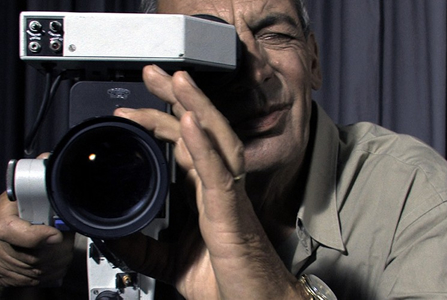 CINEMA, an overview of video art

EXPANDED BOX has an area with screens projecting unique works by young artists from various origins. Represented by galleries with a long track record at the fair, the selection of this space set aide for video art includes “projects by artists influenced and inspired by the language of cinema and its visual codes as well as by the popular
culture of television and the music world. Their videos feature daily stories and exceptional, extraordinary events captured by the artist’s camera,” as the curator of this section, Carolina Grau, states.

A regular of the ARCOmadrid’s curatorial team, Grau has chosen seven works. Pieces addressing the global society and a committed engagement with the world’s most pressing issues will be presented by galleries including the Austrian GEORG KARGL, representing the artist Andreas Fogarasi who is bring a new work Public Brands  La France. This video piece shows images of France ‘s 26 regions, depicting a variety of landscapes and local identities, underscoring the fact that public sector and tourism are following the path of private corporations by attempting to position locations as if they were brands.

Next up, RUTH BENZACAR GALERIA DE ARTE from Argentina is also taking part this year in this section with a piece by Judi Werthein, an artist living between New York and Buenos Aires. From the Big Apple comes MARIAN GOODMAN GALLERY, presenting the most recent video by the Indian artist Amar Kanwar.

This CINEMA selection is completed with work brought by four veteran galleries at the ARCOmadrid. From the Netherlands comes MIRTA DEMARE, with a piece by the highly promising Russian artist Katarina Zdjelar. Next, the gallery from Pamplona, MOISÉS PÉREZ DE ALBÉNIZ shows a work by the Basque artist Iñaki Garmendia that will certainly encourage the members of the audience to let themselves go and experience rather than think.

This space devoted to video art will also include a proposal by Nuno Cera, brought by the Portuguese gallery PEDRO CERA. Last but not least, the screens of CINEMA will also project a work by Stefanos Tsivopoulos represented by the Italian PROMETEO GALLERY.

The new vision of art proposed by EXPANDED BOX does not consist of exotica, but rather of thought-provoking artworks heralding an interesting dialogue with other creations, languages and supports shown at the fair, with the clear intention of expanding the boundaries of art.